Jamie, Britney Spears’ little sister, reveals her mental health: “I had to pretend to be perfect!” 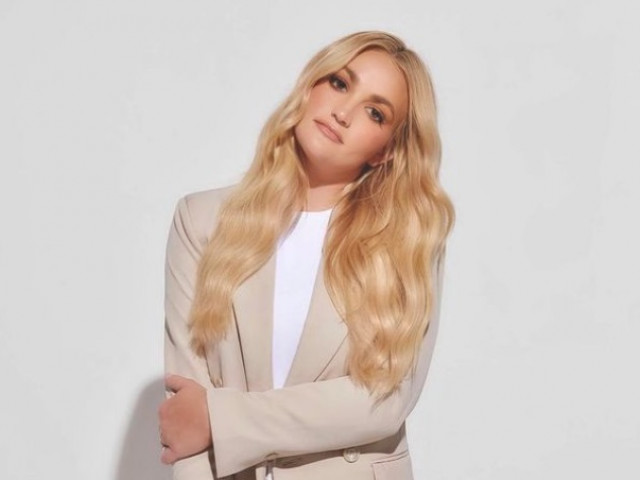 Jamie, Britney Spears’ sister, broke the silence about her mental health in a book she began writing a few years ago, shortly after the horrific accident of her daughter, who was about to drown. .

“I had to pretend I was perfect!”, confessed Jamie Lynn Spears, who said she finished writing the book on mental health that began in 2017, when Maddie, her daughter, was on the verge of drowning after falling from an ATV.

”I had a strong feeling that I had to share my story, but I had to work hard with myself and heal before I could share the truth in the right way. ” Britney Spears’ sister wrote on Instagram.

“All my life I thought I had to pretend I was perfect, even when I wasn’t, but now I decided to talk about my mental health, because this process challenged me to be honest, even though it was painful and I had to I face many feelings, which I would normally have ignored. ”, she added.

Jamie Lynn Spears’ forthcoming book will reveal details about her life, showing the challenges she had to face due to being born into a famous family and becoming a celebrity. teenage mother. Jamie has a 13-year-old daughter named Maddie from a relationship with Casey Aldridge and a three-year-old daughter named Ivey Joan from her marriage to Jamie Watson.

A few months ago, Jamie Lynn Spears, the younger sister of singer Britney Spears, distanced herself from her family in the controversial tutelage under which the star is and, in a series of interventions on Instagram, said that she is only interested in her. to be happy.


Lynn Spears, a former Nickelodeon star and part of the cast of “Sweet Magnolias” (Netflix), explained why she has not addressed the subject so far. She said she was very proud that her sister had been able to speak out on the issue and that she had advised her several years ago to seek new guardianship assistance.

The actress pointed out that she never used her older sister for celebrity or money and distanced herself from the rest of the family, according to News.ro.

She has not said anything so far because she waited for her sister to speak for herself and say what she feels she needs to say in public. “Now that she was very clear and said what she needed to say, I feel like I can follow her and say what I feel I need to say.”

Read also: Britney Spears’ sister, the first statements after it was said that the artist paid for an apartment: “Nobody bought me a house!”

“I think it’s very clear that from the day I was born, all I did was adore and support my sister. She’s my older sister before this shit. I don’t care if he wants to run away in a rainforest and have four children in the middle of nowhere or if he wants to come back and dominate the world as he has done so many times before, because I have nothing to gain or gain. lost … This situation doesn’t affect me in any way because I’m just her sister and I’m only interested in her happiness “.

With tears in her eyes, Lynn Spears also said that the only role she has in the pop star’s life is to be an encouraging sister and aunt for her children.


Share
Facebook
Twitter
Pinterest
WhatsApp
Previous articleThe image with which Tom Cruise shocked his fans. The famous actor is transformed: “What about swollen baboon cheekbones?”
Next articleLeonardo Di Caprio invests in synthetic meat. 80,000 burgers in a cell as big as a peppercorn without killing animals