Justin Bieber he is one of the most popular artists of today and this is demonstrated by his account of Instagram where you have more than 185 million followers. Now, the Canadian singer joins the list of celebrities who are named ambassadors of luxury brands.

Some time ago, catwalk models were the representatives of luxury houses such as Noami Campbell, Claudia Schiffer, Kate Moss, Linda Evangelista, Carla Bruni, Cindy Crawford, among others. But with social media came the term “influencer”, which changed the dynamics of fashion.

One of the best known cases is that of the American Alexis Ren, who began posting aesthetic photos on Instagram because she wanted to be famous and today is part of the agency IMG Models. The same goes for singers and actors who have a lot of reach to their fans on social media, something that brands notice and decide to bet on them or create alliances to make a capsule line. 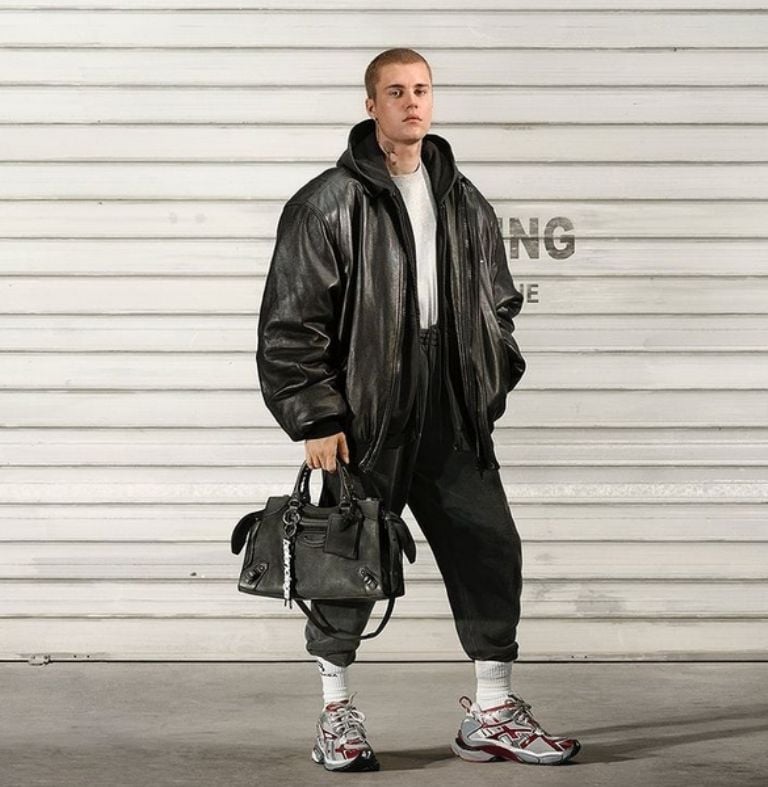 So it is with Justin Bieber, who at only 27 years old has a great reach to the public and his publications can reach 3 million likes. The Spanish fashion house Balenciaga did not miss the opportunity to offer him to be the ambassador of his new campaign and the first photos have already appeared.


The brand, founded in 1919, launched new mesh and nylon shoes (they have no leather at all), with a worn effect. The Balenciaga logo is printed on the tongue and on the back of the heel and sides you can see the word “runner” as they were designed to run.

As for the colors there is a single design that combines white, dark red, gray and black, and the talles on the official website range from 35 to 40. A particular detail is that the number of the stem appears on the heel and in the indications ask to clean them with a cloth very delicately.

In the photos of the campaign, Justin Bieber he wears a black cropped high shot pants, with a round-necked white t-shirt and an oversized hooded coat. On the feet he wears the new shoes of Balenciaga, which has a price of $1,090.

What do you think of the new sneakers Balenciaga? Did it do well Justin Bieber to become a brand ambassador?

Shakira celebrates her dad’s birthday and reflects on her life