In recent years, victims of sexual abuse have denounced their cases, especially against artists of international stature. More and more people have recounted their experiences to prevent this type of event.

The “Me Too” movement, which was born after the complaints against the film producer Harvey Weinstein was part of the one that prompted this.

These are some of the artists who have faced complaints of sexual abuse. However, it is sought that there is no impunity in these cases.

Bob Dylan, one of those denounced for sexual abuse

In 1965, the American singer was sued by a woman who claimed he was sexually abused when he was 12 years old. However, Dylan denied that this happened.

Dylan, who in 2016 won the Nobel Prize for Literature, would have taken advantage of “his status as a musician to give her alcohol and drugs and sexually abuse her on multiple occasions,” according to the lawsuit cited by AFP.

The Chelsea Hotel located in New York was the place where the alleged abuses took place. Dylan had an apartment there.

The singer’s spokesman, now 80 years old, was in charge of denying the allegations.

“This accusation of something that supposedly happened 56 years ago is false and will be vigorously proven as such,” he told the BBC.

Marilyn Manson and the Game of Thrones

A fan of Manson’s work for years, she was finally introduced to it in 2005. In 2009, according to her statements, the “nightmare” began when Manson invited her to record one of his music videos, in which he hit her with a whip. .

Brian Hugh Warner, Manson’s real name, after a couple of years together, continued with the acts of violence and came to chase her with an ax.

Bianco wrote through his account on Instagram: “I speak now, in my own way, to share this story because he must be held accountable. (…) It is important that we all understand that it is possible to be abused and trafficked by intimate partners, boyfriends and husbands ”.

After this, other women joined the accusations against Marilyn Manson.

According to court documents obtained by BBC, Manson’s attorneys denied all allegations: “These people spent months plotting and adjusting their stories to turn friendships and consensual relationships with Warner from more than a decade ago, into twisted stories that do not resemble reality.”

“Your answer is disgusting. Somehow it says that we are the ones who misunderstand the whole situation. That is a sign of the kind of man he is. Now I see him as a monster, ”Bianco told Good Morning America. 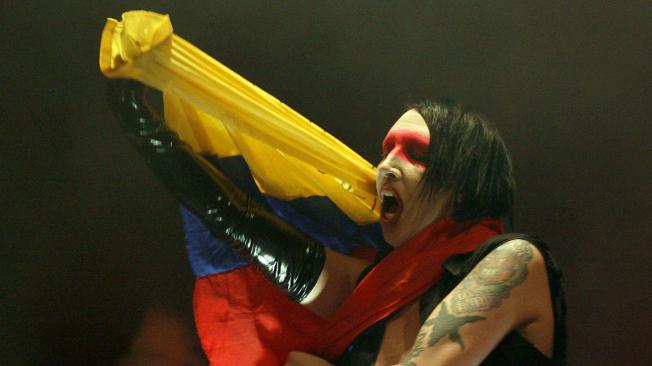 The United States Opera Musicians Union (AGMA) released the conclusions of a report in which it investigated complaints against Plácido Domingo, former director of the Washington National Opera and the Los Angeles Opera, according to The National.


Domingo would have “participated in inappropriate acts ranging from flirting to sexual harassment, inside and outside the workplace,” AGMA indicated in 2019.

Between 1990 and 2000, more than 20 people were harassed by the artist, according to agency research AP.

In a letter sent to the agency EFE, the singer accepted “all responsibility” for the events and apologized to the people involved. But the apology was short-lived, in mid-2020, he rejected the accusations.

“If I look back, I don’t see any situation in which my behavior could have left open wounds (…) I never pressured or blackmailed. Everyone who knows me knows that the word ‘abuse’ is not part of my vocabulary, “he said during an interview with The Republic.

Identified as Danielle on Twitter, a woman denounced the American singer Justin Bieber, for allegedly having violated her in 2014.

Danielle expressed that she was invited to a party in Austin, Texas, organized by Scooter Braun, a friend and representative of the singer. Later, Bieber allegedly proposed to go to the Four Seasons hotel, where she would have been sexually assaulted.

How did you collect it? Time At the time, Bieber denied the facts.

“I don’t normally address rumors that are created about me, but after speaking with my wife and my team, I decided to speak up. Rumors are rumors, but sexual abuse is something I take very seriously, “Bieber said on his Twitter account.

The artist also showed receipts and emails that proved, according to him, that he did not stay at the hotel.

He maintained that in those days he was accompanied by Selena Gómez, his partner at the time.

“Every claim of sexual abuse should be taken very seriously and that is why my response was needed. However, this story is false and that is why I will work with Twitter and the authorities to take legal action, ”he commented in mid-2020.