The magical city of Venice has brought together this weekend the jet set from the world of fashion and Dolce and Gabbana has had a lot to do with the surprise appearance of one of her most loyal friends and fans, Kitty spencer. The niece of the Princess Diana of Wales, who married Michael Lewis a month ago with five spectacular Haute Couture dresses signed by the aforementioned brand in an impressive palace worthy of fairy princesses, it has once again been the focus of attention in this exclusive event thanks to the choice of its looks. A special celebration that maison has organized so that personalities such as royal, Heidi Klum, Kris Jenner or Jennifer Lopez can know first-hand the High Jewelry collection –Alta Gioilleria-, and the British has become one of the more elegant guests Thank you to the three wonderful outfits that she has worn throughout these two days. 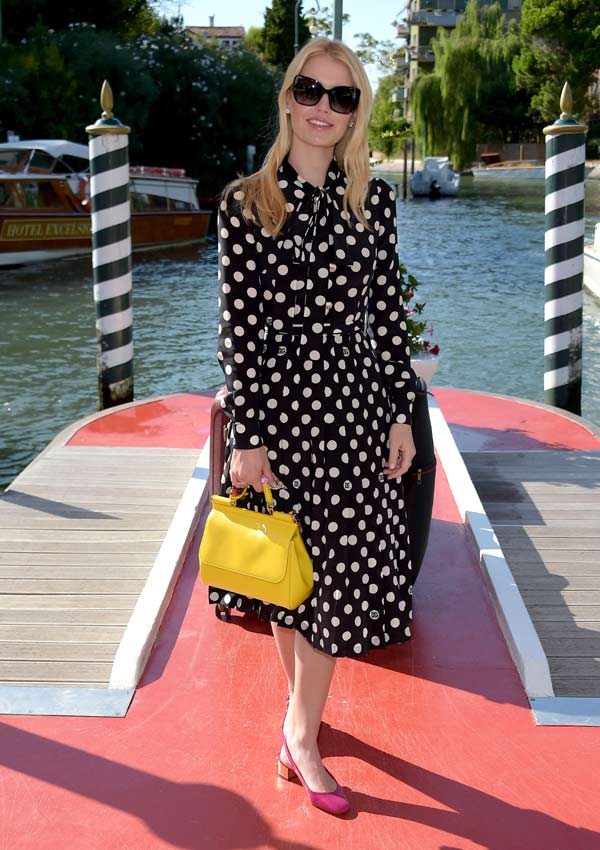 Upon his arrival on the Venetian canals, he opted for a very wise choice to wear the first days of halftime without losing a bit of style. Appeared rise in about fuchsia pumps with metallic square heel very original and dressed in a dress midi in black and white polka dots, a folkloric and characteristic print of the firm that never goes out of style to which he added a more daring piece that provided a much more modern image, a yellow tote bag. It is no secret that the wardrobe of the cousin of princes Harry and William of England is exquisite, and before preparing for the big night in which it would coincide with the mother of the Kardashian-Jenner sisters, took a walk through the historic streets where he demonstrated his great knowledge of the trends of the moment with a look with a cosmopolitan stamp. 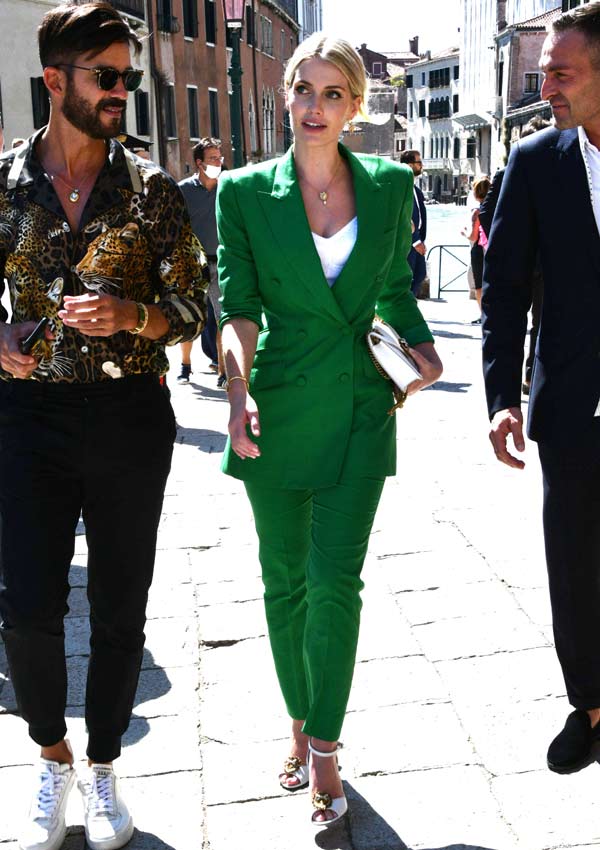 The one that is the ambassador and image of the host firm has opted for a striking green jacket suit, a very sophisticated two-piece that has enhanced her blonde hair collected in a simple low ballerina bun. The buttoned jacket with marked shoulder pads accentuates her wasp figure, a key design to become one of Spencer’s most inspiring outfits that you can copy today and wear it for the next few months with both high-heeled sandals and flat shoes. But the aristocrat had another look even more shocking and haute couture which led to the gala dinner held inside the Doge’s Palace, located in the famous Saint Mark’s Square. 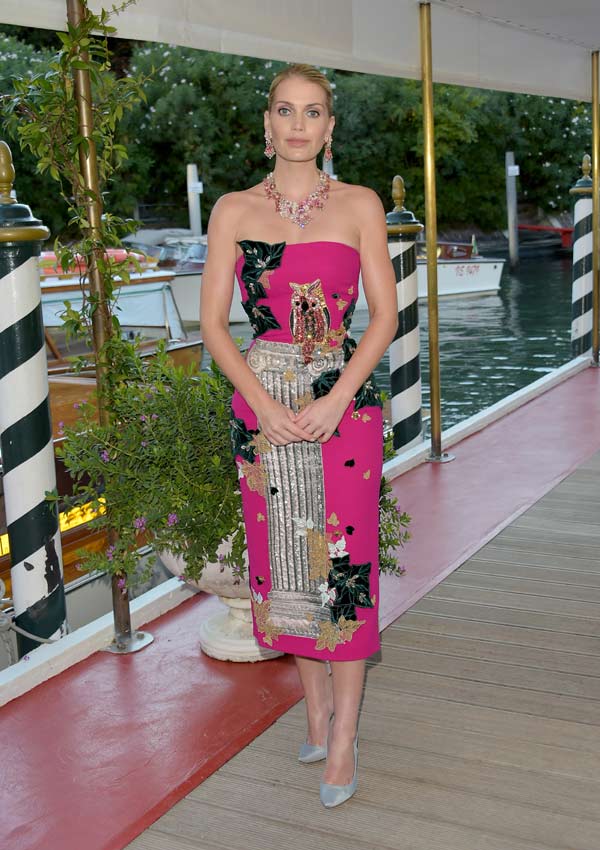 
– Nine ‘influencers’ of blue blood who set trends with their lookazos

Following the style she wore during her big day, Kitty has worn a jewel dress in fuchsia tone, although this time it is word of honor, court midi and with delicate figures embroidered with small colored sequins that form a column, an owl and various plant motifs. This design, handcrafted in the brand’s Milanese workshops and combined with a large necklace and dangling earrings, has been one of the most striking of the evening. Evening that he shared with nothing more nor less than Kris Jenner, who also dazzled with a black design with crystal beads. 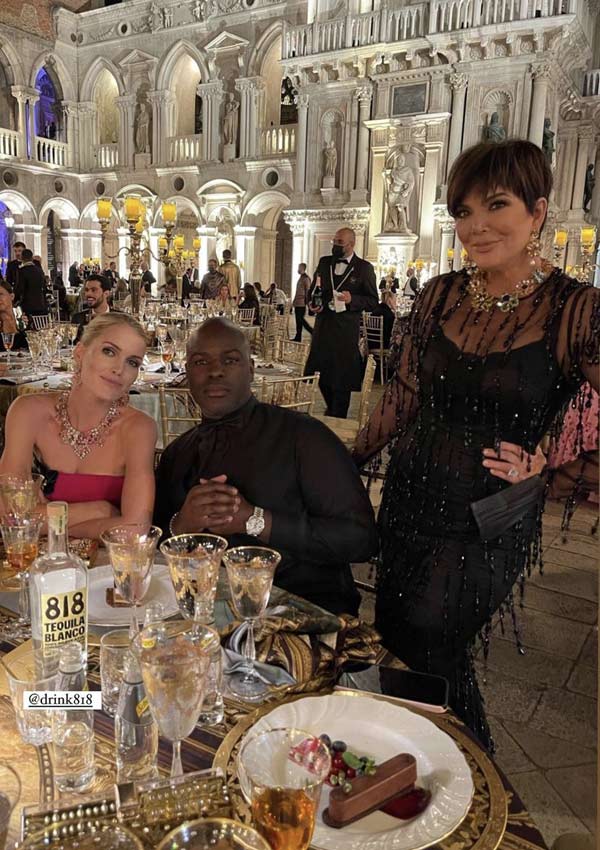