River Plate fulfilled its objective and became champion of the Professional League. He beat Racing Club 4-0 at the Monumental stadium and thus celebrated the 68th title in its history. Marcelo Gallardo was able to remove the thorn from winning his first local championship, since so far he had won five national and seven international cups. With today, the Doll won his trophy number 13 as coach of the Millionaire.

Of course, one of the most redundant questions in recent times has to do with its continuity beyond December, date on which his contract with River Plate will end. In this sense, Gallardo did not beat around the bush and acknowledged: “I am ending my contract and it is the first time that I am in that position. I have given everything to the club until today and here you have to be with full energy. I think I deserve the chance to rethink myself because you need a lot of energy ”.

In dialogue with ESPN, the Doll told that so far he did not think about it, out of respect for what the club was playing, but with the championship consummated now he will analyze his future. “Yes, I am going to rethink myself. No I did not do it until now because we were playing a lot and I did not want to go further. From now onI’m going to seriously rethink whether to follow or not. For everything I said. River deserves that one be in charge of this management with a lot of energy and there has been a lot of wear in these years beyond the joys ”.

“People think that this is it, that you can relax and live with peace of mind. And I don’t feel it that way. I live things with a lot of intensity and I don’t relax. It would be doing a bad thing to the club. So I have to rethink that. I don’t know when I’m going to make it, but it’s going to be a very difficult decision to make, personally it may be the most difficult decision of my life “Gallardo continued, who also spoke of the special day to mark a new anniversary of his mother’s death: “My children are the most precious thing I have. My mother always accompanied me and accompanied me until the last day. When what happened to him happened, until he was able to walk, he wanted to sit here in the Belgrano and I have many memories and I have it in my heart. It is a special day for me ”.

Other phrases by Marcelo Gallardo:

“Sharing with all these people, with the players, these are monstros. One has to be prepared. I have not stopped to think too much because the maelstrom of the day to day leads you to think about each game. They were seven years of a lot of wear, of a lot of focus, and you have to be prepared to win. This is a team that has been formed with a lot of adverse situations. When we lost to Mineiro for the Cup and things happened to us, we reconsidered. We had to rethink and there the young people appeared with all their freshness and the great ones who were perhaps relegated. Today’s game sums up a bit of everything we were.

“We are a group of 60 people who are there every day, people who cannot be seen, who accompany, who push. That is why the rethinking that one has and that is why it wears out. That they support the demand and that they assimilate it very well, for that I am very grateful to them. We always try to be the protagonists of the tournament. Sometimes when they didn’t give us gasoline, we had to choose ”.

“When I chose for international tournaments it was because this club had a pending account and we have done well. We were always consistent about how far gasoline could give us. Until we were eliminated in the Copa Libertadores, we were outmatched. When we focused on the tournament we were behind and that created a great challenge for us. We got 34 points out of 36 and that’s a huge run. We scored points in particular moments with a decimated team and we realized that it can be done and that makes us proud of the ways to achieve it ”.

“Sometimes I ask him (his dad) why the old man is homesick. Like all parents, he feels very identified. When we get together we talk about life, not how the team has to play. He doesn’t ask me anything ”.

“I take off my hat (with the work team), they are unconditional, they are loyal, I have known them since we were children and I feel great pride in them.”

“These things have to be enjoyed. The explosion that (Julián Álvarez) had this semester speaks well of his passion, professionalism, his head. When we saw it three years ago, we were interested. Surely he has a lot on his mind and we have to accompany him within the normal range possible. With their closest environment they will have to analyze what to do. Julián’s environment will have to decide. It can still be very cheap (to sell) and has a lot to grow ”.

“I am flattered, not only for the praise, but for the work, for the processes. We live in a very difficult country where urgencies are put before a lot of things and we are very critical and incoherent with the ways of expressing it. The reality indicates that if processes are respected and they trust their work, not only as coaches, but also at a general level, we can have a better country ”.

“When I thought about being a coach, I didn’t know if it was going to be vocational. I found in this profession a vocation that makes me feel alive and feeds me. When you find a passion it is much easier ”.

“It was a nice group and I grew up with them (with Astrada and company) and not only from words but from behavior, from actions. Coaching woke me up at 28/29 when I started asking coaches why we were training in a way, why we were going to play like that. That’s when the issue of being a coach woke up to me. After 30 I wanted to deepen the subject. Today I tell the greatest players that after 30 think about what they are going to do because then there is a very big void.

“I know he is not going to be a coach (Ponzio), but he is going to be linked to football.”

“Now I will enjoy more relaxed, but on Saturday I will prepare the team to know who will face the game on Sunday. That is why the maelstrom of continuing to be leads you not to enjoy the little moments. What I like is seeing myself represented by the team. I am not the one to put a term that reminds me. How his team plays is the greatest representation a coach can have ”.

“There are many people who believe. At that moment I felt that in that moment we could achieve things. When I said that to people, it was not just another phrase, but a conviction that we could achieve something and we did, and even with many games with difficulty. You can say something, but if it does not have a membership it is useless. So my eternal thanks to all the players who responded to me. We have been good losers when it was our turn to lose and we were worthy. And when you win, you won’t be on the whirlwind of success either. “

“Eternal gratitude to the people of River Plate. After almost two years of not being able to see people because of this damn pandemic, we were able to see each other again. After that disagreement that did not lead to that situation, people deserve to celebrate ”.

River Plate is once again champion of Argentine soccer: it beat Racing 4-0 and was crowned three dates from the end
The best memes of the consecration of River Plate against Racing with dedication to Boca Juniors
River Plate reached its 50th AFA star and is the most national winner: this is the historical table of titles
The latest success of the Gallardo Revolution: consolidating the club’s youth
Gallardo, a living myth: he was one step in the table of titles from being the most winner in the history of River Plate
To the rhythm of Enzo Fernández, Palavecino, Álvarez, and with the Gallardo style: the bulletin of the overwhelming victory of River Plate champion against Racing
Julián Álvarez, the figure of River champion of the League: the goal that he still could not do and what will happen to his future
After a new title with River Plate, Ponzio announced his retirement: “I’ve been stretching it for a long time, I think the end has come”
81 photos of River Plate champion: from the Monumental to the Obelisk, from the players to the fans
The 13 titles in photos of Marcelo Gallardo as River coach
With River Plate champion, this is the table of the Professional League and the entrance to the Cups
The publications of Gallardo’s father that touched the heart of the Doll on the day that River Plate was champion of the Professional League
The imposing reception of River Plate in an exultant Monumental stadium 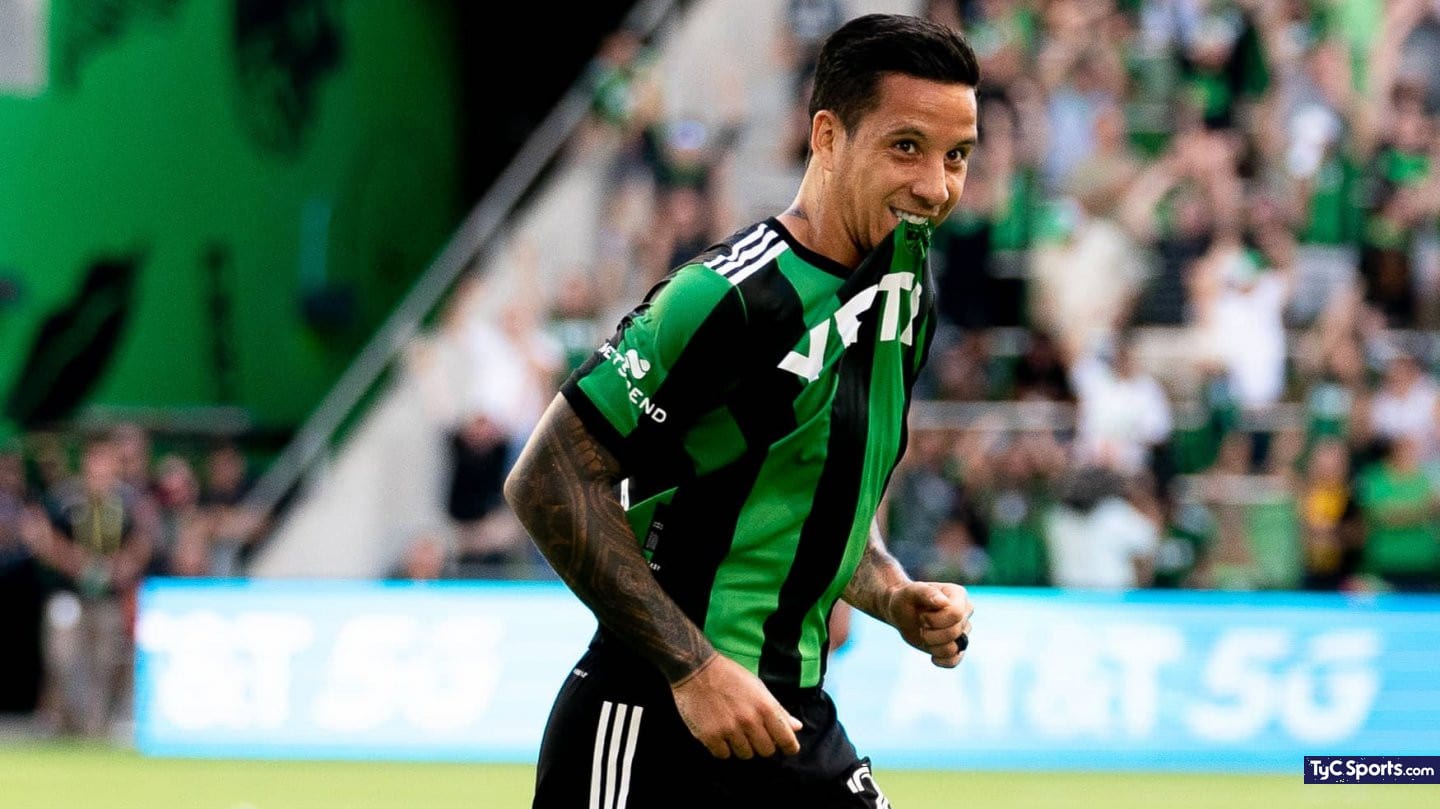 Central lost it in duplicate and Defense also forgave 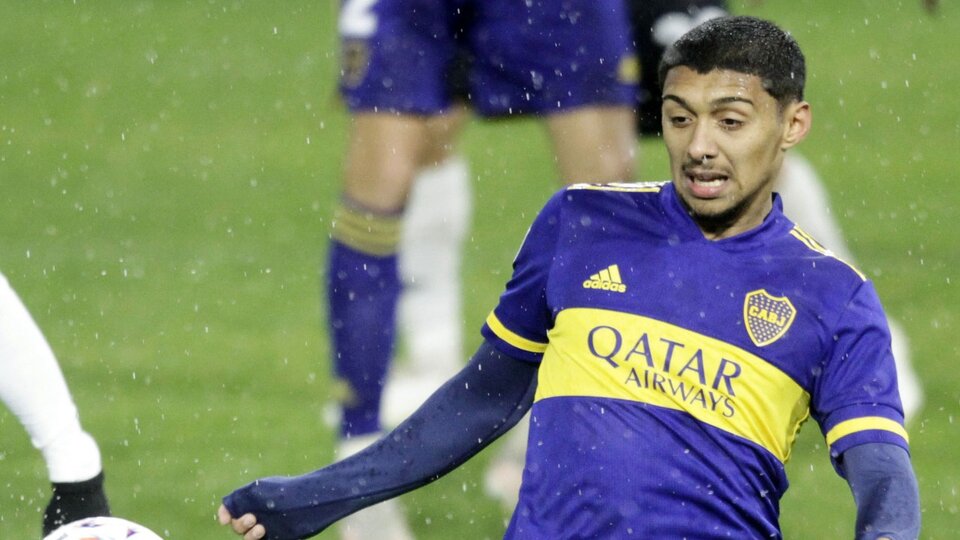 Messi and “los pibes”: Scaloni’s surprise call for the playoffs | The coach of the National Team summoned eight youth players to face Uruguay and Brazil