The artist told the reason why she had an abortion (Photo: Instagram / @ margaritacumbia)

Daisy flower The Goddess of Cumbia he opened his heart and spoke about the difficult times he has gone through throughout his career, including touched on the subject of the abortion she suffered after learning of unfortunate news that shocked the entertainment world.

During the program The Minute That Changed My Destiny led by Gustavo Adolfo Infante, the Colombian singer recalled the complications she went through after the loss of her first baby after the unexpected death of Selena quintanilla.

“The baby did not want to continue living and his little heart stoppedIt’s something that hurt a lot and it took me a while to get over it ”, added Margarita.

The singer thought it was her mother’s death (Photo: YouTube screenshot)

On the other hand, Gustavo Adolfo Infante questioned her about the father of her daughter, for which she replied: “My daughter’s father was a trumpet player in my group and he did me a great favor in life. When I was in this process of government and all those things, he did me the great favor of marrying me, they told me to choose among my musicians the one who gave me the most confidence. I saw that he played with my child and they got along very well. ”

He related that they lived together a lot because of the rehearsals they carried out at home, so the artist met his family and asked them to marry and he accepted without thinking. “Government gave us 6 months to live together to give me permission to marry, At that point, Mike (his former partner) had just died and I was still in love but I had great affection for him and great respect, he was also vulnerable and was very young. “revealed Margarita.

Margarita explained that she thought that in this way she could fulfill one of her biggest dreams. “One of my biggest dreams has been to have a family, mom, dad and little children like I saw in my house when I was little. I got pregnant and that beautiful girl called María Fernanda came out, which is the best and she is going to be 25 years old, ”the famous woman confessed very happily.

Regrettably her love story changed when she found out that he was unfaithful to her with her best friend. “At that moment I was able to forgive him for my dream but I called her and said: ‘Tell me that you really love him and I’ll take off’; I also spoke to him and asked him ‘Do you want to stay with her or with your family? That is, you choose’. So he preferred his family and we decided to start over but I warned him not to do it again because he would not go unnoticed.

Recently Margarita The Goddess of Cumbia participated in the reality show I want to sing! of the morning Come the joy, took the opportunity to talk to the conductors and viewers about his celebration for the 40 years of experience that he fulfilled a few weeks ago.

“We celebrated with an album that we recorded in the National Auditorium without people, it was very strange because we were back to back without people, all the other way around. People were needed for a good celebration, “said the singer on the occasion of her anniversary.

Why Margarita “La Diosa de la cumbia” was moved to tears in Venga la Alegría
The best memes left by Corona Capital 2021
Smiling and in color: the unpublished video of Pedro Infante 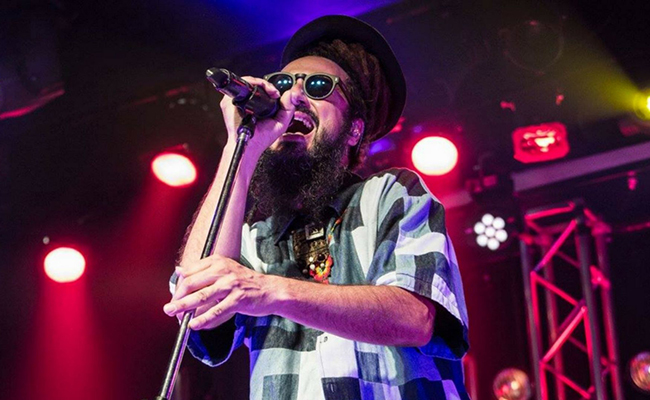