Meghan Markle and Kate Middleton to team up on Netflix project

International media revealed that Netflix will team up with Meghan Markle and Kate Middleton to finalize a new project within this streaming platform.

But despite the Duchess of Sussex’s past as an actress, it will not be for a series but to collaborate on a royal-themed documentary.

After the controversial and revealing interview she and Prince Harry had with Oprah Winfrey Last March, various media confirmed that the relationship between the duchesses is quite deteriorated due to various rude comments that aired.

However, everything seems to indicate that everything has been under the royal table.

According to the US Weekly portal, the two public figures from England have been in contact lately not only to catch up but to finalize a collaboration for a documentary project on Netflix focused on the altruistic work that Kate Middleton has carried out throughout her years. years as monarch.

“They actually get along very well and have been in contact more often,” revealed a source. “Meg has been talking to her about collaborating on a project for Netflix, a documentary that will highlight Kate’s charity work and the enormous impact she has had with her philanthropy.”

The Duchess of Cambridge has made it clear that she does not usually show much of all her charitable activities beyond social networks, but this time everything indicates that the documentary will be carried out soon.

“Kate is very flattered, and everything is very positive between them,” revealed the source.

The relationship with Meghan Markle

Since September 2020, the Duke and Duchess of Sussex closed a deal with Netflix, which consisted of a multi-year contract to create all kinds of content for the platform.From documentaries and movies to children’s shows.

The association, titled Archewell Productions, was one of the first they agreed to after resigning as members of the royal family in March.

“Our lives, both independent of each other and as a couple, have allowed us to understand the power of the human spirit – of courage, resilience and the need for connection,” the couple said in a statement. “Through our work with diverse communities and their environments, to shed light on people and causes around the world, our focus will be on creating content that informs but also gives hope.” 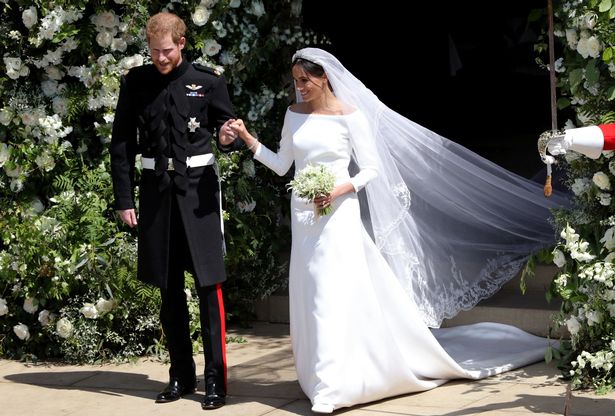 A source close to the couple told US Weekly in September 2020 that they were offered nearly $ 100 million for the deal. Upcoming projects include the docuseries “Heart of Invictus,” in which Harry, 36, will appear and executive produce, and “Pearl,” an animated series that Meghan will executive produce.