Since it ceased to be part of ‘The Firm’, the public appearances of Meghan Markle have been counted. Unlike Prince Harry, who has travelled to the UK twice to take part in events related to the royal family, in Meghan’s case, the images seen of her have been through videos she herself has shared through the Archewell’s website. The last of them, just two months after the birth of his second daughter, Lilibet Diana, and coinciding with his fortieth birthday.

A sequence in which Markle appears before the table of the room that both she and Harry use as an office in their residence in Montencito and that she has chosen to have a conversation with the actress Melissa McCarthy. A video where the Duchess exposes the initiative that she has presented for this anniversary so special for her and that aims to encourage the reintegration into the labor market of women after the difficult moments that the pandemic has generated.

Looking in front of the camera, with a natural look and hair collected in a messy style bun -one of her hallmarks-, Meghan presents her idea to the actress. At the end of the exhibition, Prince Harry’s wife blows out the candles of a birthday cake. An image that has generated some speculation since the face of the Duchess seems to have undergone some touch-ups, especially in the area of the nose, which looks straighter and more compact than before.

LOOK has been able to speak with the Doctor Angel Martin, medical director of the Clinica Menorca, which has analyzed the changes in the complexion of the exactriz in recent times, more evident now that its public exposure is less than before.

“You can see first of all that a rhinoplasty was done,” explains the expert. “This type of intervention is used to reshape the nose by reducing or increasing its size, eliminating deviations, changing the shape of the tip or septum, narrowing the amplitude of the holes or changing the angle between the nose and the upper lip,” he stresses.  Unlike traditional surgery, which is merely reductive, today’s rhinoplasty seeks to balance and enhance the functional aspect of the nose.

The technique involves changing the cartilaginous bony skeleton of the nose. During surgery the skin is separated from its support and the surgeon sculpts the bone and cartilage giving the desired shape. It is made through incisions that are made inside the nose and do not leave any visible external scars, except in rare cases, such as when it is necessary to narrow nasal wings. Upon completion of the surgery a plaster is placed that helps maintain the new shape. It is an outpatient surgery that is performed with local anesthesia and deep sedation, so that the patient can remain asleep during the intervention. It is what is called a balance surgery, although in this case, Dr. Martin considers that it has not been particularly good.

In addition to rhinoplasty, Meghan Markle’s face has also undergone other slight changes: “she wears a lip retouching with hyaluronic acid, which gives a little more thickness to the bottom and marks the cupid arch, in addition to washing the upper lip to shorten the distance between the nose and the beginning of the mouth a little”, explains the expert. Not only this, Meghan too has resorted to borox to attenuate the effects of the passage of time: “wears Boxox in front, brow and eye contour, i.e. the upper third of the face. In addition it is seen that a bioplasty has been practiced above all at cheekbone level, that are more highlighted and defined. This is done with filler products. Maybe hyaluronic or Radiesse“, judgment.

Addison Rae and Bryce Hall confirm that they are dating again in a new video. 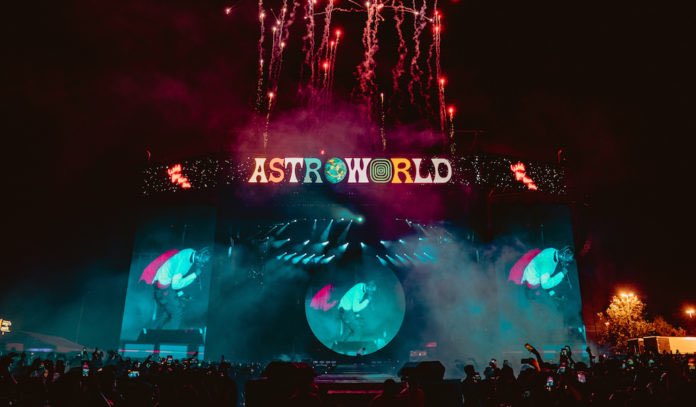 Tragedy at a concert by Kylie Jenner’s boyfriend. At least 8 people were killed and several hundred were injured in a scuffle

Juanes, Rauw Alejandro and Camila Cabello will perform at the Latin Billboard gala

Angelina Jolie debuts on Instagram with complaint of an Afghan girl