In a world where social networks occupy an important place, people use Instagram as a way of showing their daily life, through photos or reflections. One of them in the province is Micaela Mallea, a very active and dynamic young woman of 20, who has more than 21,600 followers on her social platform and grows daily. But who is he? Here we tell you.

Mica was born on May 14, 2001. Well from San Juan, he has a younger brother, Matías, and he admires his mother Viviana and his father Marcelo more than anyone else in the world. He finished his secondary school at the Juan Pablo Segundo School and began his university career with a Bachelor’s Degree in Social Communication, currently studying the first year. In dialogue with Tiempo de San Juan, he says that She is “very close” to her family, in addition to “defining herself as very active and fun, since I enjoy everything I do”.

THE FITNESS, YOUR LIFE

Micaela played sports all her life, since since she was a girl her parents took her to figure skating, and then she dabbled in field hockey for several years, but her thing was the gym. “I always had the idea that I wanted to go to the gym because my dad would take me and I would wait for him. I wanted to go in and he would tell me that I was very young, so at 15 I finally started with the gym and I left hockey and skating, I got 100% into fitness “, Explain.

“Training is my lifestyle, I really can’t imagine myself without doing it, I got so used to it that it’s like a part of me … and if I don’t do it I feel weird.”

In addition, Micaela said that she trains from Monday to Saturday, and gave tips for those looking to do a good job in the gym: “I am dividing the muscle, you never have to train the same muscle every day because that does not work, eat well after training and rest enough so that the muscle grows and what you have trained works. And for the girls the squats on the floor forever”, he recounts between laughs.

Last summer did a Personal Trainer course at the Gualda Training Academy, (in Buenos Aires) and “I started to have my students, anyway before the course they would talk to me and ask me tips, that’s why I wanted to do the course, to reinforce what I already knew from experience.”

In addition, this sanjuanine continues to evolve in the fitness world since he plans to compete next year. “In 2020 I started preparing for compete in bodybuilding, in the Wellness category, but it did not happen because of the pandemic, then I was half down and I was not 100% to train and compete, but for now I am still preparing to compete in January 2022 “he explained.

A LOOSE INFLUENCER IN SAN JUAN

– “I believe that people follow people when they upload photos that they like, that catch your attention. I at least follow people who like the photos they upload or upload gym tips, I follow them because they inspire me. And As with DJS, I follow them because I like what they do and I get inspired by watching. First people started following me for the photos, I did sessions and things like that when I was younger, and later because I started giving more gym tips I made training videos and I think that’s why they started to follow me. ”

“Suddenly I began to receive a lot of messages from girls saying that if I could train them, that if I could give them advice; it must also be because I like to recommend certain places where I like to buy clothes or the things that I take to train now. that I recently started to supplement and I also tell about that, my way of training … so I think that more than anything that is why people follow me and because I like to show my day to day, my mom, my dad, my friends, my boyfriend, and that makes people curious too “, added.

“I’ve had mostly positive comments always, but there was never a lack of someone who has ever thrown me a negative comment, mostly about false accounts. I don’t answer directly, I’m not going to feel bad but I almost always have good messages” .

– What role does an influencer play today?

– “She is a person who is influencing other people and that is why what you show, the message you give is very important to me. It has happened to me to see girls who have several followers and upload photos or videos, which is not bad, each One is the owner of uploading whatever they want, but they go out drinking or smoking … and I am followed, for example, by my brother’s companions who are 12 and 13 years old, and everything they see, they take. You always have to try to show the best of you, what you think is best for other people too “.

– Tips to be an influencer

– “For me it has nothing to do with the number of followers you have, because you can have 100,000 followers and not influence anyone. It goes in the message that you give and what you want to show. Also for me being an influencer is helping others people, to share what is happening today. “

THE WOMAN FROM “DAMN BEINGS”

Every Saturday, from 20 to 23 is broadcast by AM 1020 “Damn beings”, a radio program that is also seen on television. Those who turn on the dial on the sixth day of the week, enjoy entertainment in the hands of Faustino Moyano, Fabricio Gioja and Micaela, the female voice, in a program “relaxed and where everything is talked about”, says the influencer.

“From Monday to Saturday morning there is the news and it is not all joy, so we try that on Saturday night people entertain themselves, that people forget and have fun with us. We start dancing, we put on music, we make notes to people who may call their attention. We try to laugh all the time and the idea is that on the weekend you can clear up, have fun with what you see “, bill.

If one consults her through the three media, she explains that Although he loves radio, he prefers television: “I really like radio because it gives the imagination … they listen to your voice and don’t know what you are like physically; but I love that people also see what we are doing.”

She began to make her way into the local media while studying, and when it comes to dreaming, She does not rule out appearing in a program on the San Juan small screen. “I would love to have a music program like on MTV because they are super fun and yes I would like to lead it with someone, always, because I feel that it is more fun. It is good to do it just because you are the protagonist but with a person you let go more, you make the program more dynamic. ”

MANAGING EMOTIONS … IN YOUR ROLE AS A DJ

Fitness is her passion, says Micaela. But one more is added: being a DJ. And this young woman practices her mixes daily and has already begun to spread her hobby at night in San Juan.

“I like it because since I started dating at 18 I always jokingly said that one day I wanted to be a DJ, because I liked that and it had never materialized. One day out of nowhere a friend appears and says’ I’m here Taking DJ classes, do you want to come? ´ and I said ‘well give it great’, I went and then I started. And the truth is that I love this … I practiced every day and found one more passion “, explains Micaela.

“I really like to connect with people when I’m playing.”

The influencer reflects that “when you are a DJ you are moving people’s feelings … I like it to be explosive, fun, joyous and that is what fascinates me, managing the emotions of those who are listening to me”.

Currently Micaela has played the genres Melody Techno, Techno, Progressive House and House, “although the one I specify the most is the first one “, He says. Also practice at home “10 minutes how can I be six hours”, explains, and draws inspiration from international artists such as Miss Monique, ARTBAT, Camel Phat, and D-NOX.

Due to the pandemic, he has not yet played in clubs, since he started in 2021 with his role as a DJ. But he has shone in well-known bars in the province, at parties with friends, and is on the rise with his hobby in a larger event, the “White Fest”.

YOUNG AND IN LOVE, AT A DISTANCE

Micaela has been in a relationship a few months ago, and very much in love, with a particularity that for many is an impediment, and for her not: the distance. His name is Maximiliano, but he lives in another province. “We met through social networks, we always wrote to each other until we got to know each other. He traveled to the province, after a while we started dating until we finally got engaged.”

“The truth is that distance is not an inconvenience for either of us because we spend a lot of time together, that he lives in another province is not an obstacle since we make that distance does not exist. He accompanies me at all times.”

IF YOU WANT TO KNOW HER FURTHER, THIS VIDEO WITH MUST-HAVE ANSWERS IS FOR YOU:

Here he answers you which is his soccer team, favorite color, ideal date, among other details that you are sure to ask yourself. 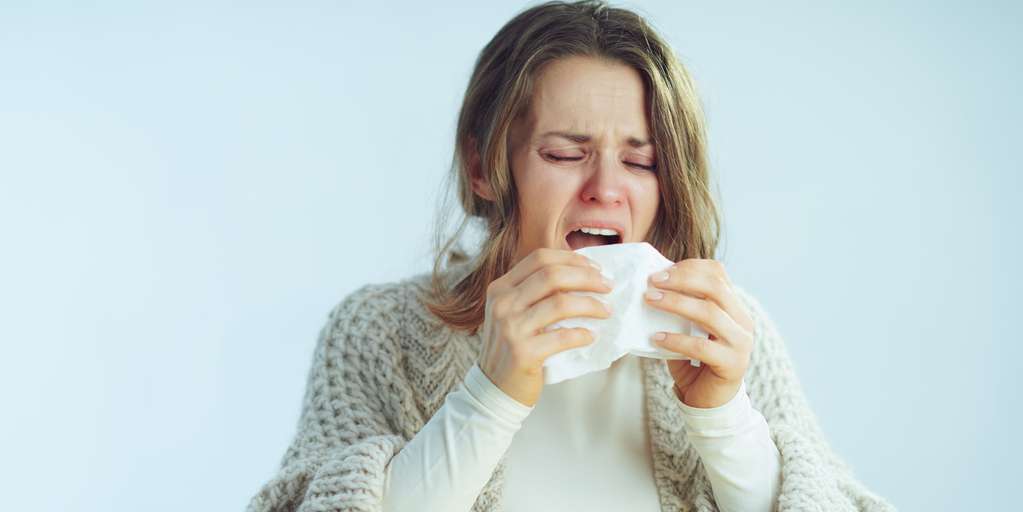 Sneezing: a new symptom of the Omicron variant 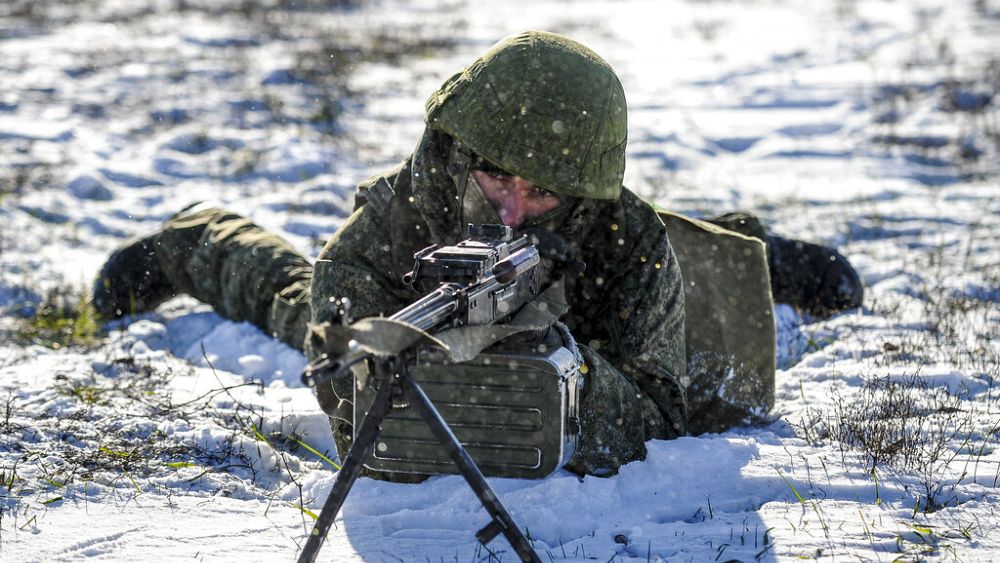 Russia announces 10,000 soldiers have completed their exercise near Ukraine 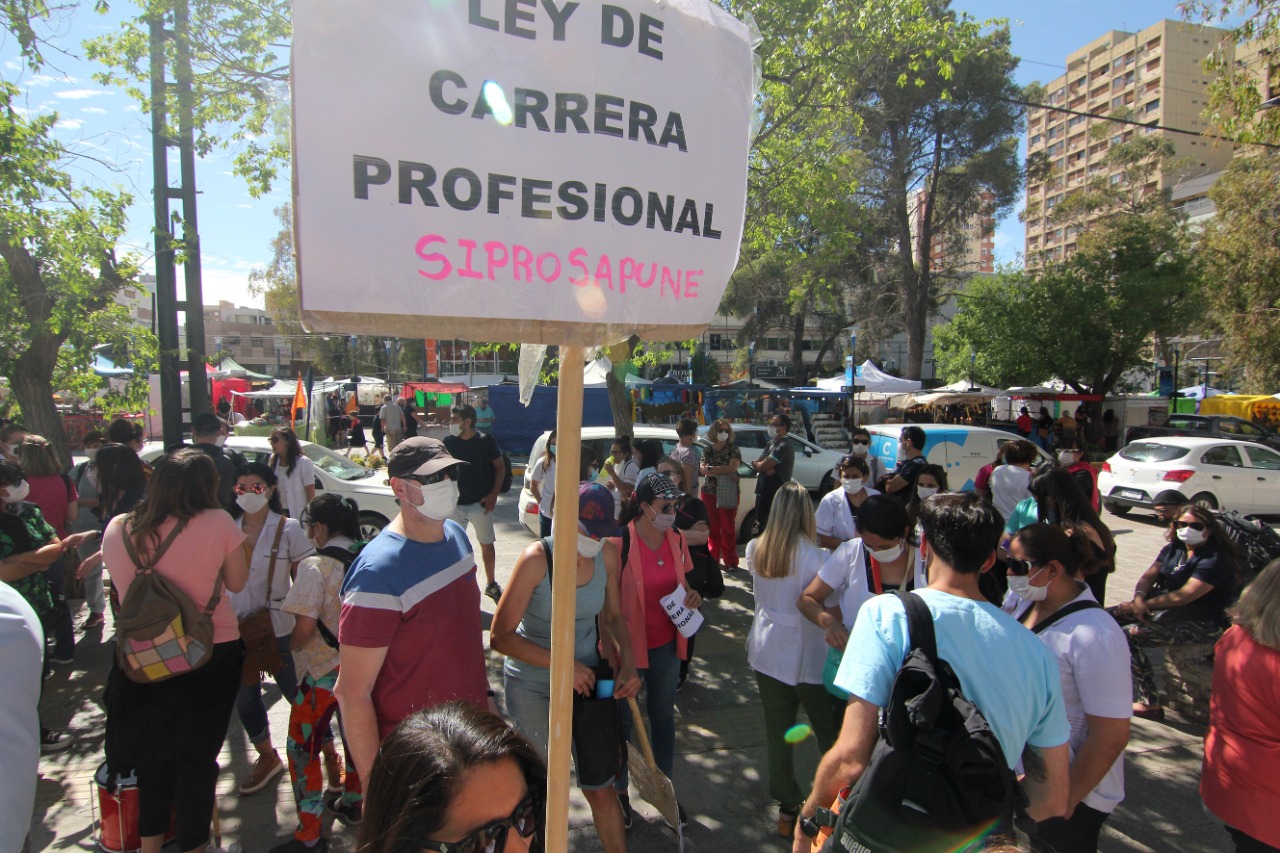 strike in Neuquén hospitals with claims to Gutiérrez