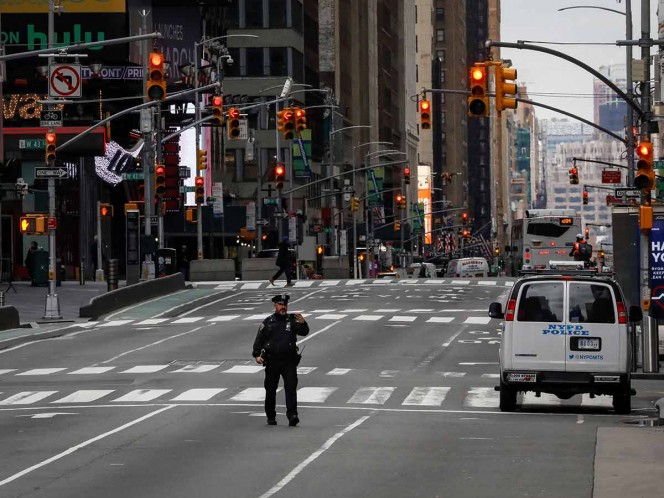 The number of deaths by coronavirus in the New York city exceeded the thousand while the authorities warned that the worst is yet to come.

The number of deaths for the entire state of New York amounts to more than a thousand 900.

The Department of Health the city reported the Tuesday night that almost a thousand 100 people have deceased because of the virus.

The disease has been disproportionately affecting certain districts of the city, mainly Brooklyn and Queens, according to the data disseminated.

The police and ambulances have been exhausted by the crisis and nearly a quarter of the emergency workers have had to be absent due to illness, according to the fire department.

In total, 2 thousand 800 members of the Fire Department have become ill, including about 950 of the 4 thousand 300 employees of the emergency service.

Almost 16% of the uniformed personnel of the police is sick. More than a thousand agents have tested positive to the virus.

The authorities are improvising hospitals in various facilities, including Central Park, the Convention Center Jacob K. Javits, a cruise terminal and a sports complex.

In most people, the new coronavirus causes mild or moderate symptoms that disappear in two to three weeks.

In some people, especially older adults and those who suffer from disorders of underlying health conditions, can cause more serious illnesses, such as pneumonia, and even death. The majority of people recover.