The motion of censure initiated by PSD will be debated and submitted to the vote, on Tuesday, by the plenary of the Parliament.

Entitled “Stop Poverty, Expenditures and Penalties. Down with the Cîţu Government! ”, The document was initiated by 157 PSD deputies and senators.

According to the Constitution, the Chamber of Deputies and the Senate, in a joint sitting, can withdraw the trust given to the Government by adopting a motion of censure, with the vote of the majority of parliamentarians.

In order to be adopted, the motion must collect 234 votes “for”.

According to the mathematical calculation, there are chances that the PSD’s motion of censure will be adopted by the Parliament.

PSD, USR and AUR, which announced that they support the motion, have 280 parliamentarians together, while PNL and UDMR have 163, and the 18 deputies of national minorities do not participate in the vote. There are also four unaffiliated deputies who did not announce how they will vote.

The president of the PNL, the prime minister Florin Cîţu, informed that the liberal parliamentarians will participate in the debate in the Parliament of the censure motion, but they will not vote.

“In the meeting of the Executive Bureau, we made a decision on what the PNL parliamentarians will do in the motion. It is a decision we make every time we have such situations. PNL MPs will participate in tomorrow’s motion, but will not vote. They will be present, they will not vote. This is the decision taken in BEx “, Cîţu specified, on Monday, at the end of the meeting of the party leadership.

According to him, if the motion of censure passes the Parliament, all the scenarios are on the table and he stressed that the Liberals will always have a proposal for Prime Minister.

“If this motion passes, as I told you, all the scenarios are on the table, any scenario is on the table. I will look at this new coalition, led by PSD, I understand, PSD-USR-AUR if they have a plan, I hope they not only want to bring down the Government and then look at how the country remains in chaos. We will see what proposal comes from this new majority and we will make our plan accordingly. (…) I think it will still be a PSD proposal supported by USR and AUR by the Prime Minister and we will see. After tomorrow’s decision, a collaboration with USR will be impossible on the part of PNL “, said Cîţu, who added that he has no emotions.

UDMR leader Kelemen Hunor recently said he hoped the government would not fall, but was not sure it would hold back, given the mathematical calculation.

“I hope he will not fall, but I would be hypocritical to say that he will surely resist, when I see mathematics, arithmetic. The numbers may be contradictory, but they are not worth it, “said Kelemen Hunor.

The first vice-president of PSD, Sorin Grindeanu, affirmed, on Monday, that the senators and deputies of the party will vote the motion of censure in plain sight.

“The 157 PSD parliamentarians, senators and deputies, will vote in public. We also invite those from AUR and USR to assume, just like us, this vote of blame against Florin Cîţu and his acolytes “, Grindeanu declared.

He called on the presidents of the two chambers of the legislature to identify solutions so that all parliamentarians can vote. He mentioned that one of the party’s parliamentarians is confirmed with COVID-19 and cannot attend the meeting.

USR PLUS parliamentarians will also be present at the debate on the motion of censure and will vote in person, as announced by the leader of the party’s deputies, Ionuţ Moşteanu.

“It is certain that I have decided so far with my parliamentary colleagues, again I checked with each of them, (…) all USR PLUS parliamentarians will be on the motion and will vote on the motion in person. That is today’s decision. Tomorrow, Florin Cîţu will fall, it is his last day at Victoria Palace “, said Moşteanu.

He mentioned that he has “doubts” that PSD wants the Government to leave.

AUR MPs also vote in favor of the no-confidence motion.

“GOLD MPs will all be present at the vote on the motion. We are not for sale, we are not betraying “, said the party’s co-president George Simion.

The vote on the motion of censure will be by ballot.

If the motion is adopted, the Government is dismissed on the date of withdrawal by the Parliament of the confidence granted. The Government whose mandate has ceased in these conditions fulfills only the acts necessary for the administration of public affairs until the taking of the oath by the members of the new Government.

If the motion of censure is rejected, the deputies and senators who signed it can no longer initiate, in the same session, a new motion of censure, unless the Government assumes responsibility in Parliament.

Coldplay assures that ‘999’, by Camilo and Selena Gómez, is one of their favorite songs of the moment 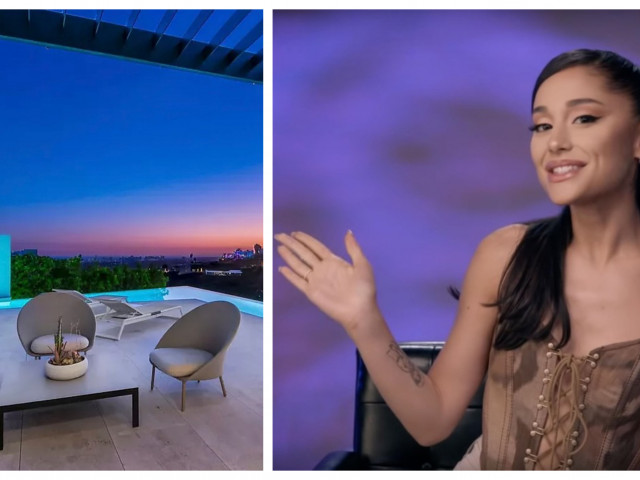