At the end of the year, AMC announced the broadcast of emblematic films, successful cinematographic productions, with top actors. Sunday evening brings to viewers a film with a fascinating story, the thriller Gothika.

At AMC, Sunday night is dedicated to all those who love thrillers, action and suspense. Gothika is the third film in the collection of iconic film productions that will be screened in the next period at AMC.

Gothika, the movie that will keep you in suspense until the end

On Sunday evening, starting with 22:00, AMC will broadcast a new collection film. Suspense and adrenaline will be at their peak this time, given that it is about the thriller Gothika. The cast of the film includes top actors, starring Halle Berry, Penelope Cruz and Robert Downey Jr.

The film Gothika reveals the fascinating story of Miranda Gray, a forensic psychologist with a successful career and who enjoys the full respect of his colleagues. Miranda Gray is married to the chief administrator of the psychiatric ward of Woodward Penitentiary for Women, where Miranda works.

Miranda Gray treats very dangerous patients who have mental health problems. Thus, he gets to meet Chloe, a character played by Penelope Cruz.

Miranda Gray’s quiet life turns into a real ordeal when, while behind the wheel of the car, the forensic psychologist sees a mysterious young woman.

What seemed like a nightmare turns out to be a harsh reality. Miranda Gray finds out that her husband was killed and that she is the main suspect in this case, all the evidence leading to her. Thus, Miranda Gray arrives at Woodward, the place where until recently she went to treat patients with mental problems.

Psychologist Miranda Gray remembers only small fragments of the horrible incident, and each time, she is shown the face of a young woman.

The woman is behaving more and more strangely, which leads her colleagues to consider that she is on the verge of madness. Miranda begins to believe that she is possessed by a supernatural force and decides to do herself justice. On the other hand, Chloe, the patient Miranda used to treat, amplifies her illness. 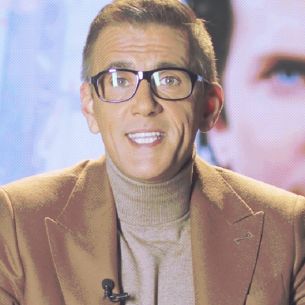 How everything will end, but also if Miranda Gray manages to discover the truth, you can find out by watching the film Gothika at AMC, on Sunday, from 22:00.

Gothika is the kind of thriller that keeps you in suspense until the last moment.

In November and December, AMC broadcasts flagship movies on the conveyor belt, impact stories that you should not miss.

Kris Jenner enjoys a walk in Venice with a luxurious look

Camila Cabello and Shawn Mendes went to a park in Toronto, Heidi Klum walked in Los Angeles: celebrities in one click