Last month, we have already seen a few images of the smartphone from Nokia “Captain America”. Yes! We are using a featured image to the back of the smartphone shows. Yes! It is said, it is a Nokia 5.2 is expected to appear in MWC 2020 in Barcelona.

As we have heard together, the MWC 2020 in Barcelona cancelled due to fears of the outbreak of the corona virus, more and more widely used. It is also affected by the plans HMD Global, as the holder of the brand Nokia, the to introduce to delete a follow-up, new smartphone, such as Nokia 5.2

Now, HMD Global has announced that the event on the 19. March, the introduction of a smartphone-5G first. Yes! Expected, Nokia 5.2 led by the HMD globally in the event.

But, according to the latest report is not yet confirmed by the HMD Global mention that Nokia 5.2 will actually be called the Nokia 5.3. The report also said that Nokia 5.3 a model number TA-1234, which never appeared in the November last year and it supports dual that SIM.

Yes! Leaked other mentioned that this smartphone has a screen size 6,55 inches with an aspect ratio of 18.5:9. From the leaked images that appeared in the last month, we also know that the smartphone will have a pony “maple leaf” at the top of the screen.

Very reasonable, and comes as a smartphone in the middle class, Nokia 5.3 is powered by Snapdragon chipset 660 or Snapdragon-665. Chip set are embedded, coupled with a RAM of 6 GB and the internal storage capacity of 64 GB. It is likely to be a variant of the RAM 3 GB and 4 GB, which has an internal memory of 64 GB.

As with the camera? A series of leaks that have already appeared on the internet, mentioned that the Nokia 5.3 is a front camera of 8 MP. While the back there are four camera consists of a lens, 16 MP, lens 5 MP and the two lenses 8 MP.

Said, Nokia 5.3 is offered in the colors Charcoal and Cyan. His body diperkrakan it is a battery berakpasitas of 4,000 mAh. Yes! Course specifications from the actual smartphone is expected to be appear on 19 March, the following with the price. What do you think? 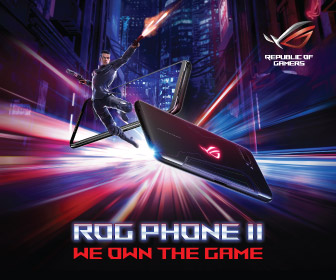