Oscar 2022. Favorites have already been drawn in the category “Best Actor” 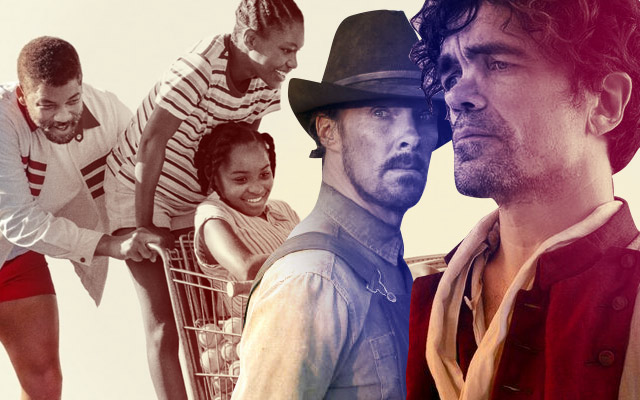 During the 72 hours at the Telluride Festival, no less than three actors became, under the eyes of film critics and experts in the field, safe bets at the Oscar 2022. It’s about Will Smith for King Richard, Peter Dinklage with the role Cyrano and Benedict Cumberbatch for The Power of the Dog. This year’s race in the “Best Actor” category could be the most full of celebrities lately, writes GoldDerby.

At the moment, 12 of the 19 specialists of the GoldDerby prediction platform see Smith winning his first Oscar for Best Actor as Richard Williams, the father of players Serena and Venus Williams, in the film King Richard. 1400 GoldDerby users gave Smith the maximum chance. “Will Smith will leave with an Oscar,” predicted critic Richard Lawson of Vanity Fair. One of the most famous Hollywood stars of the last forty years, Will Smith has not yet won an Oscar, although he has been nominated twice for In Search of Happiness in 2006 and Ali in 2001.


Denzel Washington starred in The Tragedy of Macbeth this year and has already won some of the best chronicles of his career after the New York Film Festival tributes.

On the other hand, for Benedict Cumberbatch, the second Oscar nomination is almost guaranteed, according to both the public and the specialists. Here’s why: The Power of the Dog introduces the actor from Doctor Strange with one of the funniest roles, and Cumberbatch has already received a high-class tribute at the Toronto International Film Festival, being also present in Venice, at Telluride, and in New York with this movie.

Bradley Cooper for Nightmare Alley and Peter Dinklage are in fourth and fifth place in the GoldDerby betting rankings.

There are, however, about a dozen actors who have a chance at a nomination.

Among them, Adam Driver for House of Gucci, former winner Joaquin Phoenix for C’mon C’mon, Mike Mills’ film that just ends its journey on the screens of the New York Festival. There is also a chance for Andrew Garfield who just appeared in the trailer for Tick, Tick … Boom !.


Share
Facebook
Twitter
Pinterest
WhatsApp
Previous articleThe message sent by Britney Spears’ ex-husband, after the shocking revelations made by the artist
Next articleWhat a girlfriend Kanye West has after breaking up with Kim Kardashian. Colossal surprise in showbiz