Marcelo Tinelli will not continue to lead the Professional League beyond March 31. On that date there will be elections, according to what was reported by the television host himself in a letter to the 28 clubs of the highest category. That day will also be renewed authorities of the board of directors, which today make up Cristian Malaspina (first vice president), Hernan Arboleya (second vice president), Mario leito (third vice president), Sergio Rapisarda (general secretary), Gabriel pellegrino (pro-secretary general) and Eduardo Spinosa (managing Director).

Since your vacation in Punta del Este, Tinelli understood that he had lost the support of the majority of the Professional League clubs and chose to leave two years earlier. Those who are elected on March 31st will have to fulfill the mandate of the animator, who in force until March 2024 (He had been elected in an Assembly held in March 2020 at the Ezeiza property). “I understand that we must face a profound process for the election of those managers who, as of 2022, they will have to take on the challenge of carrying out the search for the solutions that we all need “Tinelli writes in the message sent to the clubs by email.

Anyway, Tinelli will not leave now. His departure will not be immediate: will be the president of the transition. This move, which according to the (still) president of the LPF was “Talked to most of the clubs” prevents the two top critics of his administration, Cristian Malaspina (Argentinos Juniors) and Hernán Arboleya (Lanús), from being in charge of the Professional League during the period prior to the elections. There are those who think that both had led the request for removal to the president of the LPF to stay in power and build the foundations of their stay at the head of the entity. “Or worse: ally with the president of the AFA so that all Argentine football returns to Viamonte and the league is reduced to one department,” says a manager who requests anonymity. As an example, the day after the dissemination of the letter requesting the removal of Tinelli with the signature of most of the first-rate clubs, The main leaders of the promotion joined the claim through their social networks. They even used a common phrase: “Leader is born”, an obvious allusion to Tinelli himself, who was always accused of being a manager out of interest and not out of vocation.

The substantial fact is that The big five of Argentine soccer support Tinelli’s decision to call early elections and to remain in office until March 31 as the president of the transition. In this way, if there were a kind of referendum in the LPF, the majority would be in favor of submitting to elections all the positions of the board of directors, including those of Malaspina, Arboleya and Pellegrino. Opposing would not make sense. Nor political weight.

Tinelli’s letter also suspends the committee meeting scheduled for next Tuesday at the headquarters of the Professional League, in Puerto Madero, since the main issue (his future at the head of the entity) is resolved with the statement sent this Thursday to the clubs. On the other hand, the decision taken is in line with the message of Alberto Fernández, President of the Nation. The highest authority of the country has always been against any coup or attack against the democracy of the institutions. His idea was that the statute of the Professional League be respected. The second subsection of article 33 of the general regulations of the LPF provides for situations such as the current one and validates the power of the incumbent president to call elections within 90 days.

Towards the end of 2021, a group of clubs were already showing their dissatisfaction with what they called “lack of management” by Tinelli. They did not criticize the board of directors, but they did criticize the highest authority of the Professional League, who they accused of being absent or of “having too many problems” between their club (San Lorenzo), their producer (La Flía) and their TV program (“Dancing for a Dream”). The lack of resolution of an agenda of 16 issues considered a priority by the first-class clubs contributed to the tension.

In December, Barracas Central was promoted to the Professional League, which is why some saw in Claudio “Chiqui” Tapia the new almighty of Argentine soccer. After all, he had already won the Copa América with the selected team and now he managed to raise his club to the highest category. Everything, in just four years in office. None of those who did not love Tinelli more missed that the cAudillo de Barracas (although born in San Juan) he had it sworn to the animator of Bolívar. Tapia always understood that behind the complaints of New Chicago and San Marín de Tucumán before the General Inspection of Justice (IGJ). “Now, he is not going to stop until he sees him on the floor,” says someone who has known the president of the AFA for years.

Fate was added to the discontent of the clubs and the ready fangs of Tapia: the draw for the Argentine Cup at the Ezeiza site. There the last conversations took place before the first attempt: the letter with the request for removal signed by most of the clubs. “We needed our discontent to be known. The current management does not give for more: you have to shuffle and give again, with another person at the head of the League ”, emphasizes a leader who signed the letter. Conclusion: the letter, added to the subsequent tweets from both Malaspina and Arboleya, contributed to putting the discontent of the clubs (the majority) with the “Tinelli management” on the media table. At that time, and even though he had the support of President Fernández and even Sergio Massa, president of the Chamber of Deputies and recently promoted with Tigre, Tinelli knew that they were going for him.

In his letter calling for elections, Tinelli bets on a single list for March 31. “We must take this time to find the consensus and unity that the moment demands,” advises the TV host, who had been elected through a “political agreement” at the head of the Professional League, which also included the early reelection of Tapia as head of the AFA. Thus, from now until March 1 (deadline for submitting the lists to the AFA electoral commission) sCalls and meetings will take place to find consensus names for the next two years of the Professional League.

The first one that appears on the table is that of Sergio Rapisarda, who has a good relationship with Viamonte (where the AFA headquarters are), but he is also considered a “management man” by his peers. “We need someone who lives in Capital or at most in the AMBA, and who can meet once every fifteen days with the AFA to resolve the issues that concern us,” explains someone who will intervene in the election. That excludes a League president living in the interior. Or that he cannot dedicate himself full-time to the position: They will not repeat the Tinelli experience. Rapisarda, although identified with the outgoing administration (he is secretary general), has no enemies. And no one accuses him of not going to meetings.

The unknown is to know what the three members of the board of directors who sought to remove Tinelli will do at the executive committee meeting scheduled (and now suspended) for Tuesday: Malaspina, Arboleya and Pellegrino. As highlighted from the Tinelli environment, his decision is supported by most of the clubs, beyond the big five who signed. “If there was a vote, this is 21-7. That’s it ”, they say near the driver. Thus: on March 31 it will be known who will manage the Professional League. Elections or unity. That is the question. 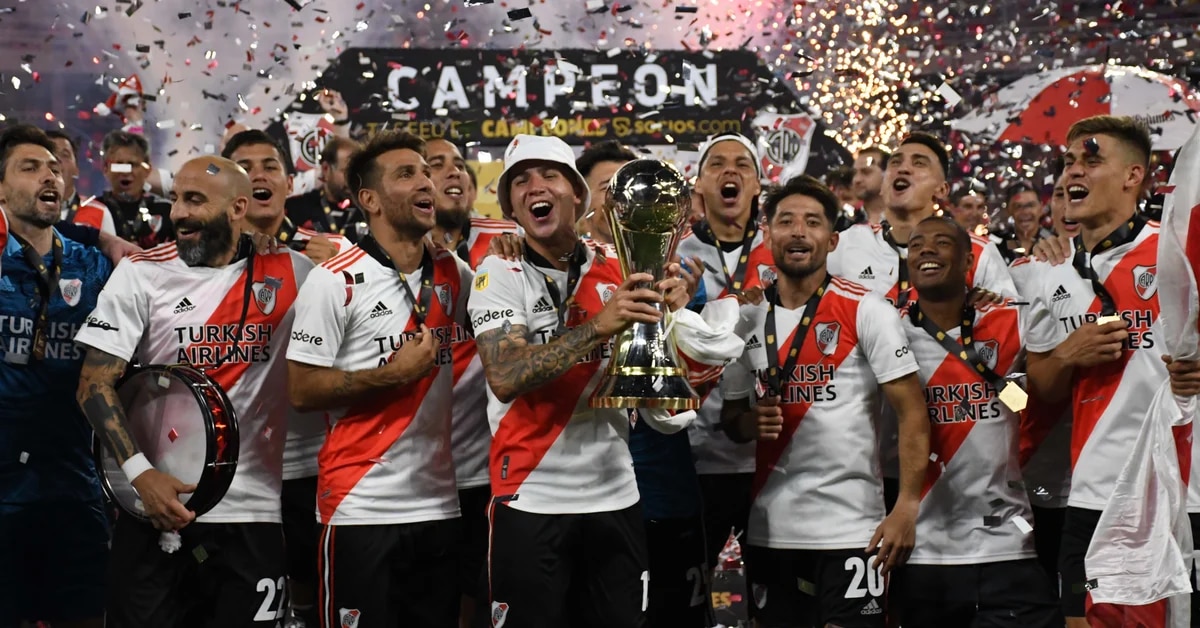 River Plate reached an agreement with Amazon: how much will Jeff Bezos’ company pay to appear on the shirt

Gymnastics and referee karma: it was a penalty for Luís Rodríguez 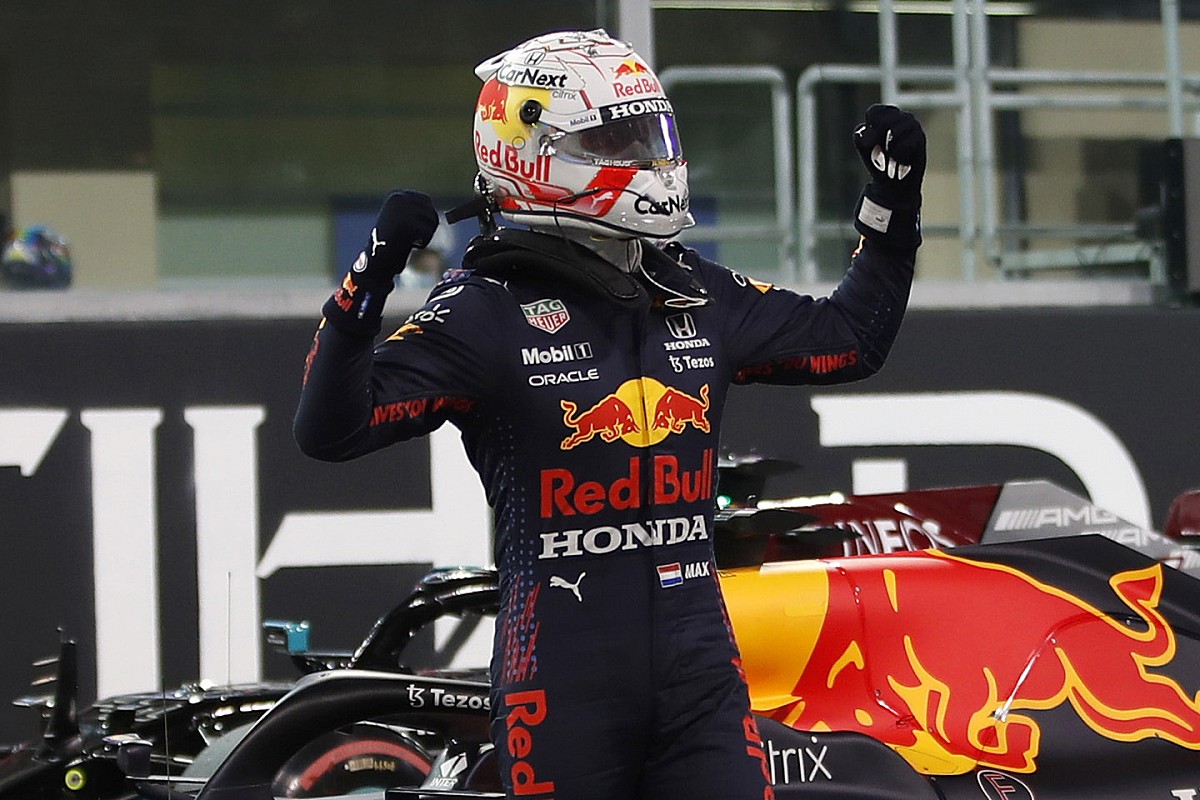 Verstappen achieves pole with the help of Pérez in Abu Dhabi 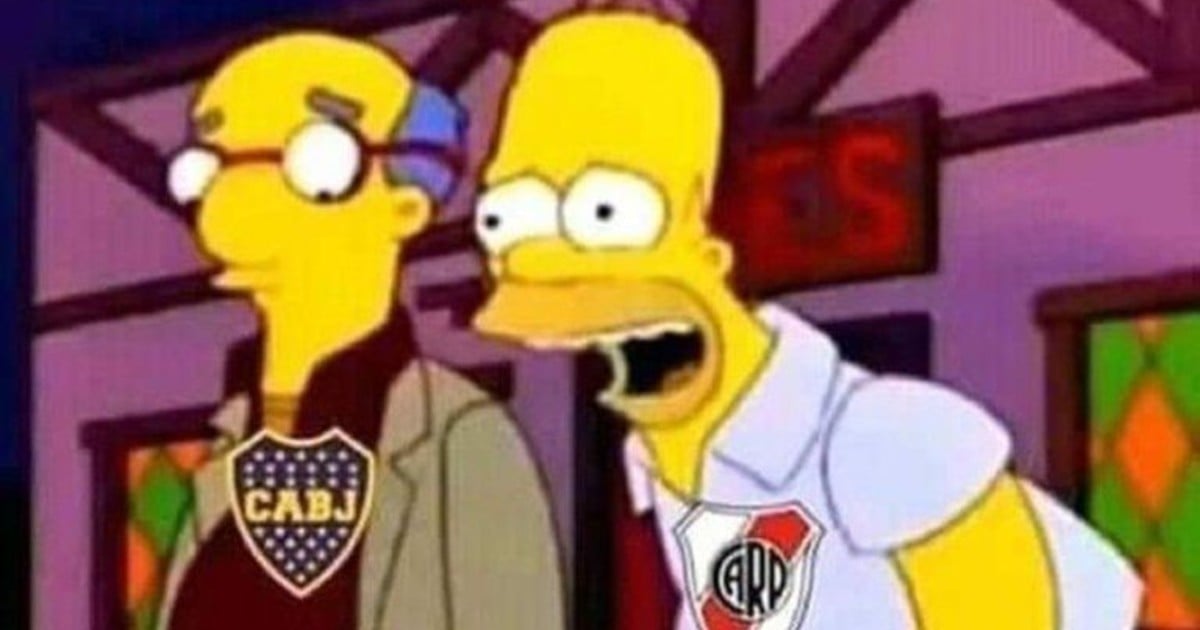 The best memes of River champion