In the current circumstances, it seems possible to consider that a “soft coup” would have been perfected and strengthened in the country from the fact that, in fact, efforts in this direction are observed from the Judicial Power and undoubtedly from the opposition. Without the consent of the Executive Power, of course, it seems to shine more for inactions than for decisions, and with the National Congress objectively neutralized.

In this context, the political and social situation is extremely serious. And this is already easy to appreciate: today anyone can see the food drama, as well as the educational and moral drama, of more than half of the population, spread over 23 provinces that are in a certain way autonomous, but only that way, since the dependence on the The National Executive is as massive and daily as it is harmful to the federalism that the National Constitution proclaims.

In the discouraging context and even moral setbacks that our republic is experiencing – due to the so-called “agreement” with the IMF and the obvious government decision to give in to the demands of the immoral superworld body all along the line – it is foreseeable that these decisions will lead the Argentine people to absurdly pay a scam (which they call “debt”) for at least three or four generations. And they will also lead to the deepening of the surrender of our sovereignty and the corresponding destruction of almost all the natural resources of this once blessed land.

In this framework, create this column that should be framed the brave and much-needed exhortation of the National Judge Juan María Ramos Padilla, who last week made public his demand for the resignation of the four citizens that today make up the Supreme Court of Justice. And presentation that deserved a great diffusion in very diverse spheres of national life, and for which a great march is already being organized to the Buenos Aires Court Square, with insurance correlates before judicial headquarters in all the provinces.

The demand for the immediate resignation of the four “courtiers”, as they are popularly and pejoratively called, is considered of all necessity and urgency by numerous political, economic, union, social and even business sectors, and is shared by millions of compatriots in the entire national territory. This is imposed by the defense of the institutionality of the Republic because, in the words of the aforementioned Judge Ramos Padilla, “Without Justice, no one can resolve internal conflicts, and thus Social Peace appears at risk.”

According to the National Constitution, the Judicial Power is essential for life in democracy, but it is also already an undeniable fact that for many years, and in a systematic way, in the Argentine Republic the administration of Justice in a peaceful, sustained and fair manner is absolutely and widely questioned within the Argentine people. There is plenty of evidence in this regard and the symbol of Non-Justice in this republic is Mrs. Milagro Sala.

The truth is that it is visible and obvious that any citizen it feels under threat and lack of protection given the sectarian, class practice, scandalously delayed, suspected of systematic corruption and whimsically suited to the interests of the oligarchic classes and the most powerful businessmen. Hence it is already seen as The disproportionate power accumulated today by the four judges of the current Supreme Court of Justice is unsustainable, practically freed from republican controls, completely discredited, left with suspicions of corruption and decidedly undemocratic impudence.

Many sectors also consider that It is urgent to reestablish the rule of a Justice that is trustworthy for the citizens, that is, a Justice capable of institutional practices and sentences that place the Judicial Power of the Nation in favor of the weighted, fair, equanimous and peaceful resolution of all the problems of our society, in all jurisdictions and districts and always strictly attached to the Law.

From this republican and democratic conception, and in the first place safeguarding social peace and democracy itself, dozens of social and political organizations have come out to claim these days the immediate and unconditional resignation of the current 4 (four) co-judges of the Supreme Court of Justice of the Nation, which is the head of the Judicial Power, citizens Horacio Daniel Rosatti, Carlos Rosenkrantz, Ricardo Luis Lorenzetti and Juan Carlos Maqueda, at the same time that they call for a massive march in front of the Palace of Courts next Monday, February 1, in the afternoon.

In a similar sense and in a document released yesterday Sunday by The Argentine Manifesto calling for that March, the Federal Judge, in this case of Córdoba and resigned a few years ago, Miguel Rodríguez Villafañe, stresses that “in the face of the existence of an opposition unwilling to work on a State policy, which allows us to overcome the basic problem of the functioning of the Judicial Power in which we are immersed, the President of the Nation is requested to call a non-binding popular consultation, as an urgent matter, in accordance with the provisions of law 25432, expanding the number of ministers of the Court to nine or more, and with the requirement that Decree 222/03 be strictly complied with, especially with Unrestricted respect for integration with gender parity and with a truly representative federal representation in the highest court in the country “.

The truth is that dozens of political, trade union and social organizations also propose “that the National Congress order the immediate call for a Open and unconditional Constitutional Reform, so that the Argentine People can debate and modify, freely and horizontally, all the current articles. From which, without a doubt, a true Magna Carta will result that citizens will know how to honor and abide by. “And it is also conjectured that this is the first political-social mobilization of 2022. And only the first, because although the neo-menemist silence is thunderous Faced with the surrender of our sovereignty over the Paraná River and the entire maritime coastline, including Malvinas and Antarctica, popular resistance to the greed of mega-mining as well as the environmental disaster represented by intentional fires, felling of forests, large estates has also grown enormously. and other abuses. The silence of sepoy operators at the service of large corporations that lick each other to keep Argentina’s wealth is loud.

To counter such maneuvers, in addition to the central role of an irreproachable Supreme Court, it would be imperative to have a truthful, autonomous and state-protected informational system. For that very it is still regrettable that the national government does not react and not only with the TDA that it has not dared to rebuild, but even with the tilingualized TVP that at certain times seems to compete, stupidly, with trash TV.

All this will be played on the board of the next few weeks, if the massive popular attendance against 4 courtiers emulates that other, magnificent, 2×1. It is no less important. 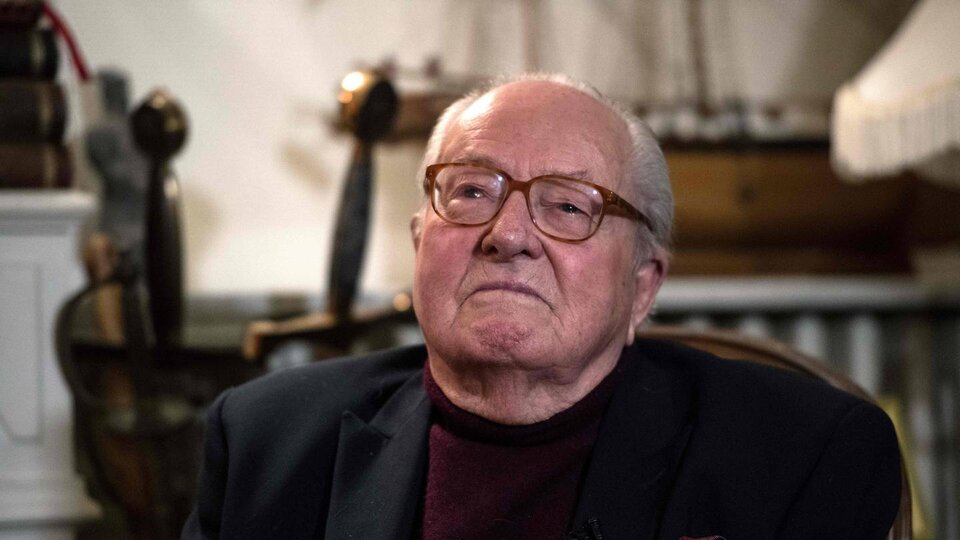 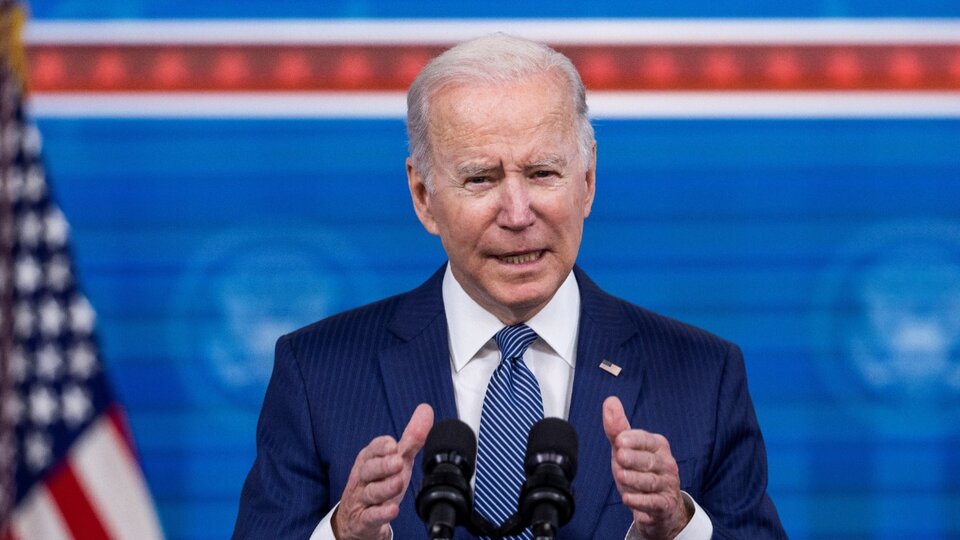 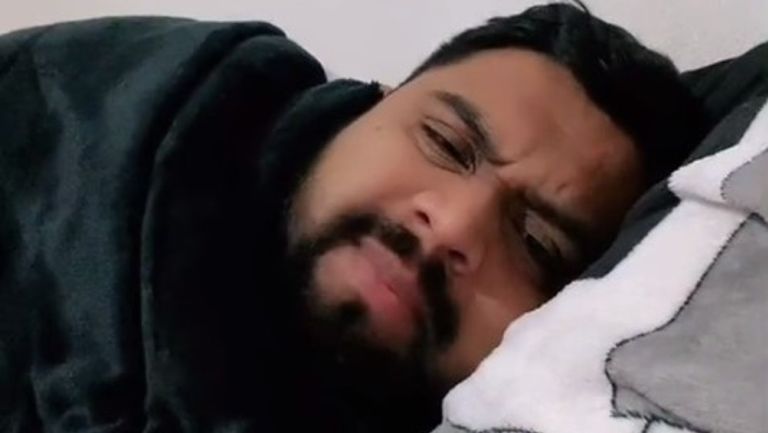 It went viral: he donated the kidney to his mother-in-law and his girlfriend married a month … but with another

Honduras: Xiomara Castro’s party won the parliamentary elections | On January 27, the former first lady will become the first head of state of the Central American country