Experts analyze what happened in the first weeks of January with the official dollar and anticipate their expectations for 2022. This they foresee

As the president of the Central Bank (BCRA), Miguel Ángel Pesce, had anticipated months ago in the Argentine Industrial Union, from the end of 2021 (although timidly) the acceleration of the crawling peg of the official wholesale dollar and already during the first week of this year many analysts point to a stronger acceleration of the rhythm that would confirm the trend.

It happens that the delay of the crawling peg (the microdevaluations daily of the wholesale dollar) in relation to the inflation that had been occurring until November 2021 could not last much longer, taking into account that the monthly rate of the first was between 1% and 2% and that of the second, between 3% and 4%. Why? Among other reasons because BCRA net reserves do not reach to sustain this rate of devaluation and because foreign trade requires more and more a dollar that remains competitive.

This situation, according to economic analysts, is forcing the Government to face a change in its monetary policy these days, which is reflected in a slight acceleration of the exchange rate and a change in the policy of interest rates. 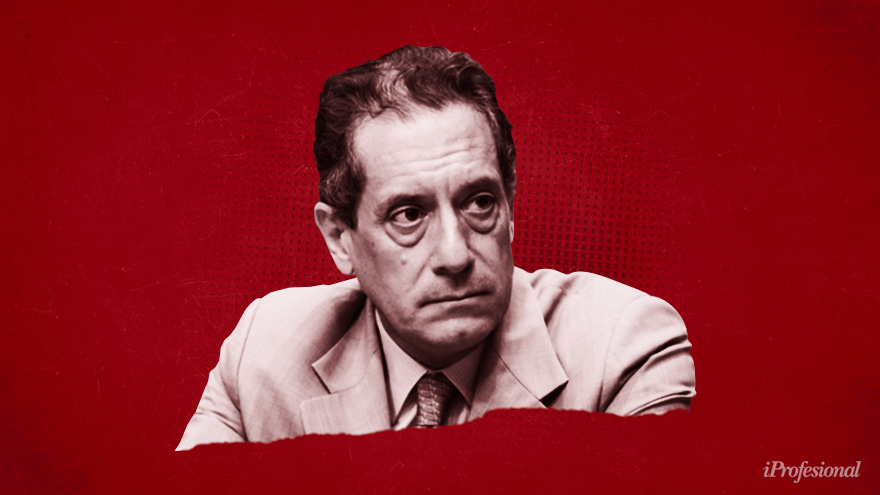 The president of the BCRA anticipated in a meeting with industrialists that the devaluation would accelerate in line with inflation.

In this sense, as Analytica director Claudio Caprarulo points out to iProfesional, “although observing the daily evolution of the exchange rate is not the best way to diagnose what is happening with the wholesale dollar, but rather it is necessary to analyze the trend per week, it is clear that, in December, there was an acceleration“of the rhythm and considers that it would be logical to expect that, in the future, he will follow that strategy.

It also explains that This behavior has a logical explanation in the fact that “the Central Bank has practically no liquid reserves for the next few months and has to face maturities with the International Monetary Fund (IMF) shortly, already without the SDRs it received last year” .

In this sense, and taking into account that, despite the record liquidation of the fine harvest, the Central could not accumulate reserves, Juan Pablo Albornoz, an analyst at Ecolatina, assures that it is logical that the devaluation rate is beginning to accelerate to partially decompress the pressures in the exchange market.

On the other hand, the economist specialized in the capital market, Christian Buteler, points out that “It is undeniable that the acceleration of the crawling-peg began stronger at the beginning of this year, just as we expected. “And he highlights that this was confirmed by the Minister of Economy, Martín Guzmán, in the conference he gave on the negotiations with the International Monetary Fund (IMF) recently before the governors, when said they wanted to have a real exchange rate.

Also in this line is the measure that was taken last week regarding interest rates. Recall that the BCRA board of directors ordered last Thursday an increase of 2 percentage points in the interest rate of the LELIQ a 28-day term, which became 40% per year, expanded the maximum holding limit for these bills, created a new 180-day LELIQ with an annual rate of 44% and raised the minimum rates of fixed terms 30 days at 39% per year and for the rest of the depositors, up to 37% per year.

“This rise in the interest rate is a way of giving a signal to the market, the IMF and seeks to prevent the acceleration of the crawling-peg from affecting the liquidation of exports“, Albornoz explains about it. 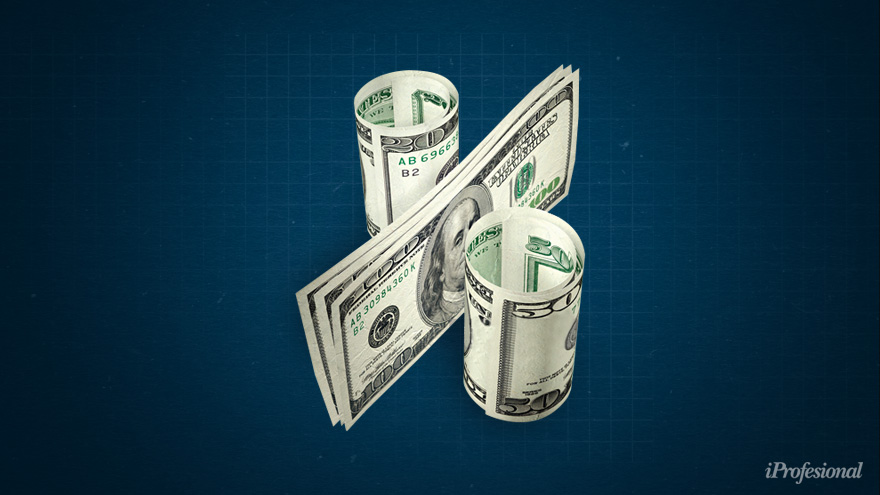 Analysts note that the rate of devaluation accelerated.

How did the wholesale dollar evolve?

Thus, as detailed by the economist Federico Glustein, In December, the wholesale exchange rate adjustment was 1.7% (quite behind the inflation expectation for that month, which would be higher than 4%) and, throughout the year, it was slightly more 22% (also well below annual inflation).

Meanwhile, Glustein mentions that, “from the end of last year to January 5, the wholesale price rose by $ 0.42, when the previous week (counting from Thursday to Thursday) it had climbed by $ 0.34”. In this way, it anticipates that, if the current purchasing acceleration trend were maintained, we could exceed the 3% monthly evolution, which would be a high acceleration, but below the expectations of the Market Expectations Survey, which foresees an evolution of 3.7% for inflation.

In the same sense, the economist of Ecolatina Juan Pablo Albornoz also confirms that he observes an acceleration in the evolution of the price of the wholesale dollar, but warns that “still we are very far from the pre-electoral backward levelsl “.

“When analyzing the 5-wheel moving depreciation expressed in TNA, on average, in the last 2 weeks the exchange rate shows a TNA close to 36%, which means that it still lags behind inflation,” he details.

Martín Guzmán recently confirmed his strategy for the dollar.

Thus, the Ecolatina economist predicts that “it is expected that the rate of depreciation will continue to accelerate “and warns that the success of the strategy will depend, to a large extent, on how the liquidation of the agro-export sector evolves in 2022 and what happens with the IMF.

And it is that he remembers that, as of March, Argentina should face a series of maturities that would be “unpayable” considering the stock of net reserves in force these days (which would be around US $ 3.5 billion, according to some analysts).

Similarly, Glustein hopes that “Probably, in the coming months of greater demand for dollars, the BCRA will validate a higher wholesale price for the US currency and bring it in line with the Consumer Price Index (CPI), especially due to the proximity of the agreement with the IMF “.

In this sense, he estimates that the crawling peg could pass at a rate of 3% or 4% per month, seeking to recover lost ground, but without putting pressure on inflation.

Likewise, another source points out that the evolution of the official for January-March 2022 will be closer to 2.8% or 3% because it indicates that, beyond the need to stabilize net reserves and gradually reduce the exchange rate gap, the Government does not he wants inflation to skyrocket.

Other voices expect the implementation of a crawling-peg more accelerated from 3.5% to 4% per month, but point out that it must be seen if this is feasible because accelerating the depreciation rate encourages speculation in the liquidation of exports and, therefore On the other hand, the importer wants to advance foreign currency earlier.

Meanwhile, for the whole year, according to the latest Latin Focus survey, lThe expected devaluation is 45.7%, accompanying the inflation expectation, which is estimated at 49.8%.

However, Buteler did not he hopes that “we will see a dollar in 2022 that rises, at least, at the rate of inflation, although I do not rule out that it will even gain a couple of points“in the final annual balance.

However, some official sources indicate that a greater acceleration should not be expected, at least in the short term and assure that “many speculate with this because they want it to rise for their convenience.”

The concrete, So far, it is that the wholesale dollar closed the first week of January at $ 103.28 and this Wednesday it is already at $ 103.68, thus advancing $ 0.40 in three days and that the BCRA is giving clear signals in the last days of a change in the course of monetary policy, such as rate adjustment.

The rate of the official wholesale exchange rate throughout 2022 will depend on how the reserves / settlements / dollar / inflation equation turns out, but as announced, the expectation is to bring it around the price index, so It will be necessary to see how this variable evolves this year, which the Government estimated in the budget at 33% and the market places closer to 50%. For sale this BMW 3 Series Compact with V12 engine!

Spain recorded the highest inflation in 29 years in November 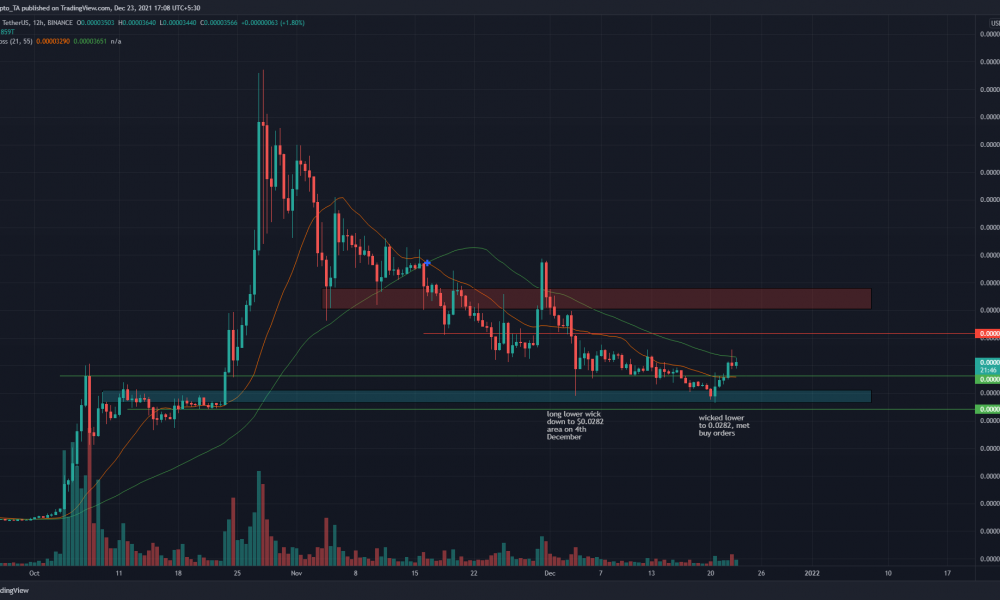 Has Shiba Inu started his recovery, how far can he go?