The afternoon of this Monday, the Secretariat of Health (SSa) reported at the time are recorded 125 deaths and 2 thousand 439 infections coronavirus in the country.

The director General of Epidemiology, José Luis Alomíaexplained that on the international scene, the pandemic remains active, the register that close to three-quarters of the confirmed cases in the world occurred in the last 14 days; in addition, you have an increase in the mortality rate.

In Mexico, Alomía Zegarra reported that in total we have 125 deaths due to the outbreak, in addition to have been registered 2 thousand 439 confirmed cases.

He explained that at the time you have 6 thousand 295 suspected cases, while a total of 11 thousand 741 have given negative Covid-19.

He said that in the City of Mexico, today we have 609 cases, in the State of Mexico, 261, Puebla is the third state with the most infections having 156, followed by Jalisco with 126 and Quintana Roo, with 115. 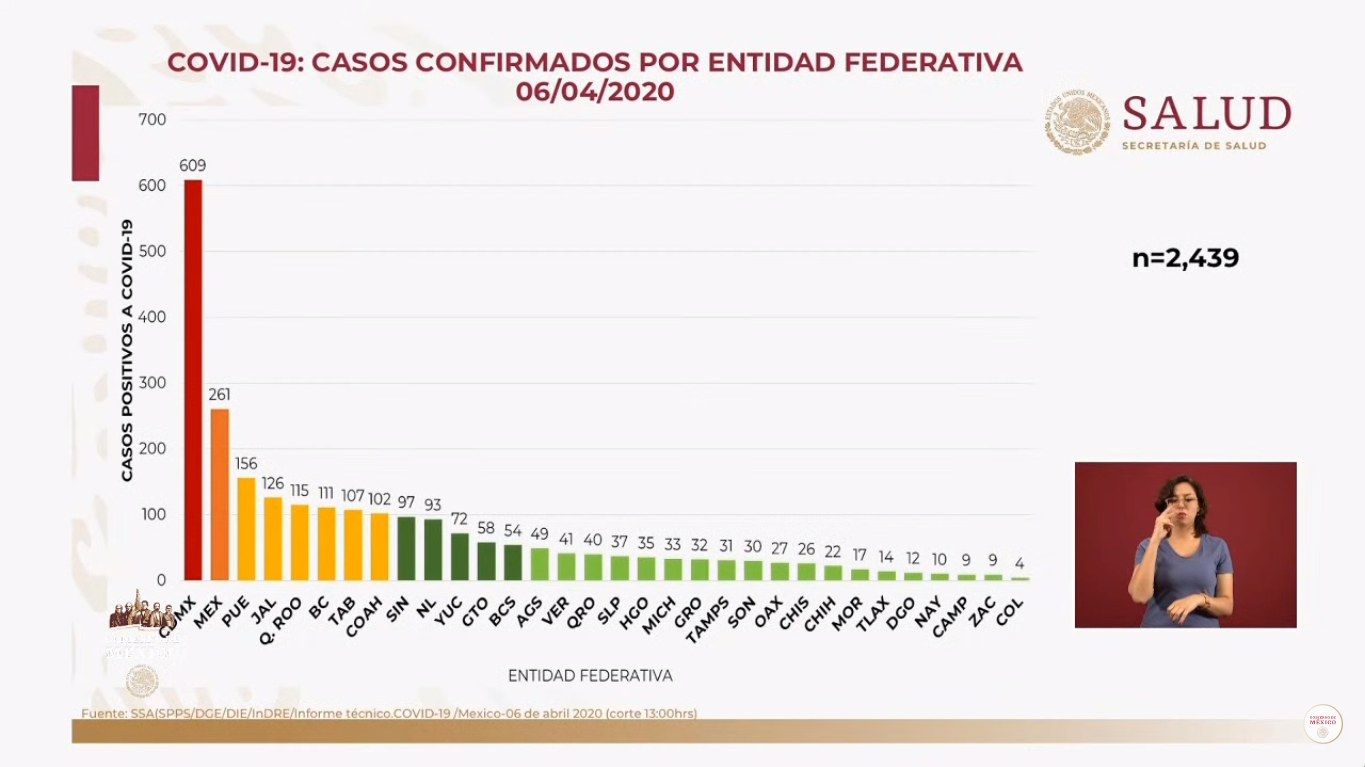