THE FALL OF THE GUCCI HOUSE

There was a modest legend when, in the early spring of something called “cinephilia” it was sought to establish its incipient prestige in resorting to sketching private winks, secret codes and an original “open sesame” by means of traces – such as objets trouvés of a late Dadaism – and the most extravagant dating traits the better, excavated from films no longer B or C but unique, rich and strange… Films Ómicron? Why not.

One of these veneros – no doubt! – was The voracious stain (The Blob, 1958), opus one and only of Irvin Yeaworth, where Steve McQueen will also debut, already by then endowed with that gesture and bearing of a second or third cousin of a Mitchum who has read Jack Kerouac and is paying for a motorcycle in installments. In this modest and perfectly arcane gem, there was an initiatory rite of passage that consisted of counting the times Steve, with his stony face, said “I don’t know”. Which he did all the time while a kind of turgid Royal jelly or viscous pink aspic advanced incontinent to devour everything in its path.

Here, in this expensive and deliquescent marathon of nonsense, vulgarities, various and assorted bluffs called House of gucci, the long-suffering viewer can count the number of times the word … “Gucci” is said.

Possibly the sonorous Italian troqueo serves as a repeated gong so that the poor spectator, thrown adrift in this sea of ​​calamities, wakes up from the well-deserved dream into which he has fallen since this diorama or ghost train of gravel, tics, charro caricatures and multipurpose. Also and together so that, between drowsy head butts, he acts as a precarious memento what the hell is the parade of shadows propagated at symmetrical speed about the ostentatious insignificance to which he is being subjected.

“Ah, yes,” then says the poor singular being – trapped in those awkward armchairs – who resembles (if he had the benefits of a classical culture) the slaves of the Platonic Cave allegory. Although these fictitious entities do not believe that they were subjected in the Socratic imagination to such an audiovisual playfulness as the one that this neo-slave of serialized vulgarity must endure.

His occasional companion could then elbow him succinctly on the side and remind him that he is roughly about an Italian family, even more so, a Florentine – if he read the corresponding newsletter -, given to the manufacture of bags, belts and watches, as well as crossed suede moccasins. with the Italian tricolor.

And after looking at the pizza or fugazzetta that you dream of dipping in the nearest succucho, and much more in confidence, you may ask your partner why the members of this family inlaid in silks and fitted linens, and with their ringed pinkies and chatting among storied Carrara marbles, are not happy, poor, when they are always immersed in interiors, all calm, luxury and voluptuousness …

“They are decadent.” “What thing?” “Well, it’s like, let’s see … they are so, but so refined and perverse that they cannot with their genius and they conspire full time and also pervert the pristine purity of the mores Anglo-Saxon women, who you know (here the corresponding intimate nickname …) are totally immaculate; since they do not confess with priests in churches and abbeys crammed with frescoes of the Trecento, but they confess their tax sins on their also tax returns … “

“Yes, yes, I understood you. But how long until it ends? “

This thing is not a film but a cluster of vignettes shot at random, peppered with everything that the fascination (from there derives fashion, by the way) and the disagree Italian can give and even give away like the generous mother that she has always been, since her emblem is not for nothing a great she-wolf that supplied the twins then cainitely divided in illo tempore.

Everything is in sight and broadcast. There are no characters but the vain silhouettes and grimaces of actors in permanent self-parodies, or of young people lacking in grace and with less aura than a black hole. As if this were not enough, they soundly marinate the film, or rather fill it in, with a string of the most widely used arias from operas “

Nobility obliges and even more.

We try here to comply, in this column of A Sala Llena, and out of respect for its director and friend –as well as a certain consistent reader–, with a film review stricto sensu, although this infamous, clumsy, stupid, shabby and formless filth fits the worst circle of aesthetic hell.

In any case, we cannot avoid adding that it is a vile and mercenary action rarely seen or remembered. Perhaps our memory purifies it, but we do not believe we are exaggerating.

The film is a well-known and repeated pamphlet of anti-Italian historical prejudices that includes the trio already mentioned by us on occasion: Casanovism, Machiavellianism and Jesuitism. Nothing new under the sun; rather, under the English fog. Since Henry VIII, but before.

So, in this, zero novelty. In any case, the black legend is of a clumsiness comparable to that of The Da Vinci Code, which paradoxically must have achieved mass conversions to Catholicism. But let’s stop.

This is, let’s say, also a thesis film. Rough and abject and coarse contentious, but here it acquires a special nuance.

Among unsavory size we run into Mrs. Hayek, who acts as Mrs. Gucci’s consulting witch; Witchcraft role that – it must be admitted – fulfills to perfection without any effort.

Let’s keep going. The thesis of this mess is that the Gucci were clumsy, incompetent and evil members of an unfamiliar family group to manage a more than century-old company … which is now in good, efficient, successful hands and the sea by car. And who is the owner president, capitoste, of the consortium that has brought this Gucci house from the Florentine darkness and immersed in the mephitic auras of the Florentine secretary and a touch of Borgias, to the pure and efficient machinery that manufactures leather bags for millions of newly rich Chinese? Who? Let’s see, one minute, two, three …

Yes, you guessed it: Mr. Husband of the bru… I mean Mrs. Hayek.

Other yes. Today a certain imposed correctness we already know from where, and that it is – we must shout it – the greatest attempt at depoliticization and neutralization that can be conceived, where it is strictly forbidden to even try to coin or sketch a character or female role that is moderately negative. But there are exceptions: they can still be manufactured fatal femmes, whores, bad and manipulative. Of course, they have to be Latina and Catholic. Like here Patrizia Reggiani-Gucci.

A trend of course that was coined in the same old ideological factories but that continue to produce piecework. From Joan of Arc to Evita, through Lucrezia Borgia, Caterina Sforza or the two Medici queens, they can be hysterical, whores, manipulators, monsters, if they are previously Latin and Catholic. Because if before Victorian Puritanism, which corroded them, there were and still are exceptions in the Latin and Catholic world, with very powerful women, they cannot be more than hysterical, whores, or insane.

This should make reflect to everyone –those and those– who think that a “causism” can be separated from a complete, full, historical political decision. Where friend and enemy are determined not occasionally and at the whim of some, but dictated by historical and controversial facts and rights.

That Ridley Scott is a cheesy, untalented photographer is nothing new. His kitsch is only comparable to that of his countryman Kenneth Loach; With a difference: this is a corny with a social conscience. While Scott has no conscience.

The Batman could have lasted much longer – La Cosa Cine 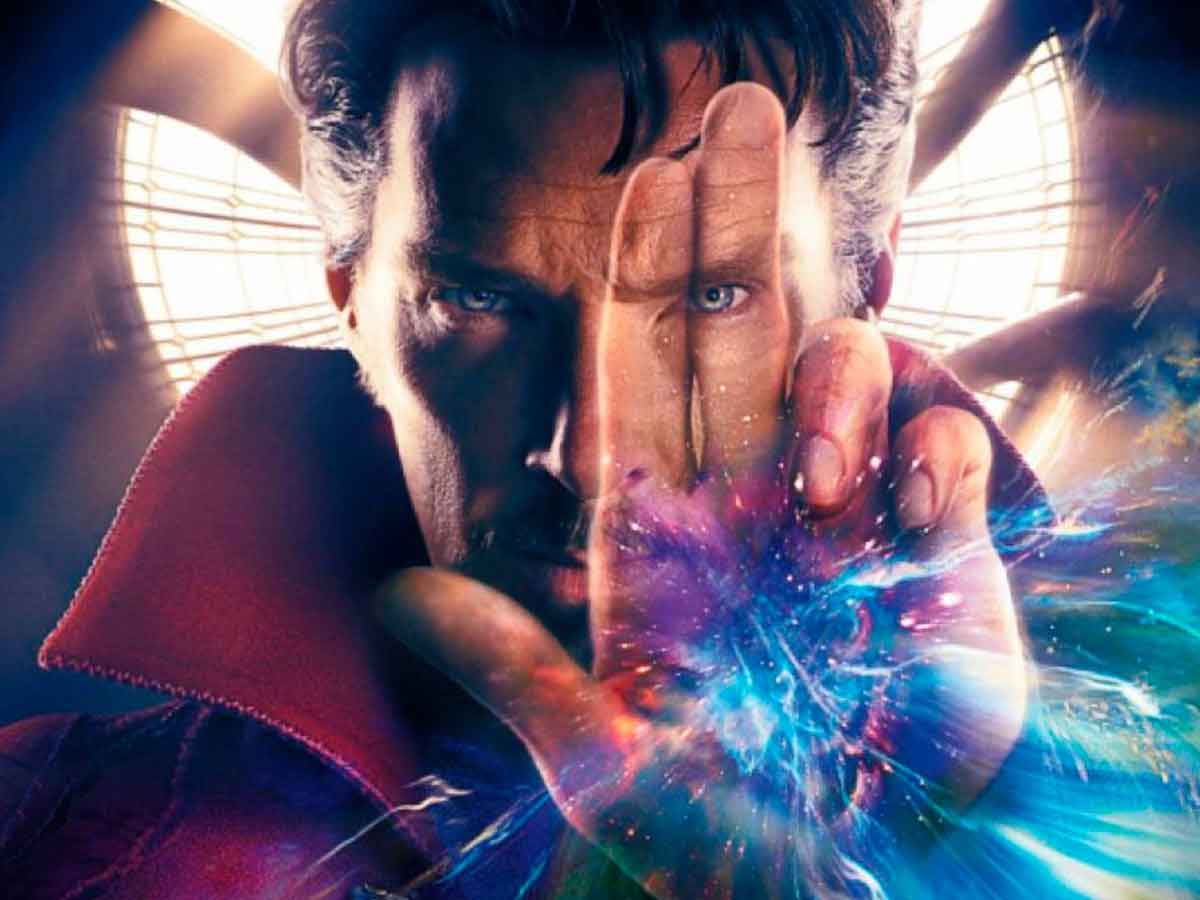 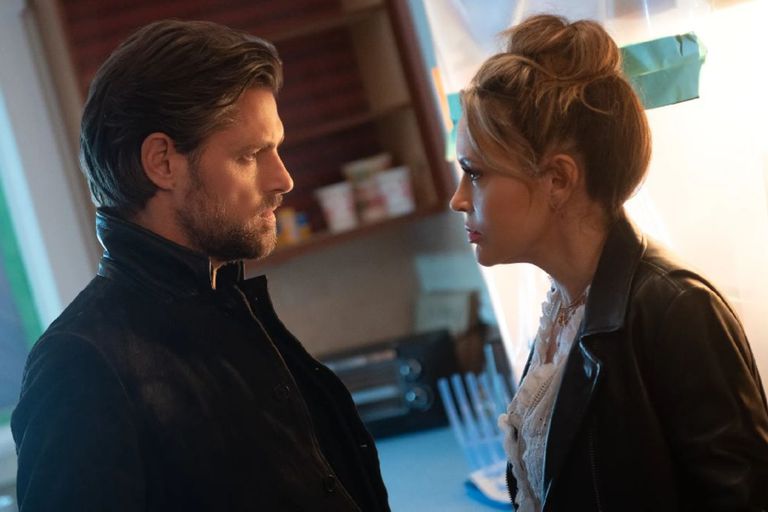 Netflix Argentina ranking: from Café con aroma de mujer to Impúdica, the 10 most watched series and movies this January 18