Washington is taking Russia’s proposals on security guarantees “very seriously,” it said Monday. Moscow’s negotiator in the talks, adding that his country “had no intention” of attacking Ukraine.

After hours of conversations with his American counterpart, Russia’s Deputy Foreign Minister Sergei Ryabkov urged Washington not to “underestimate” the risks of a confrontation, but also said the situation was not “hopeless.”

The high-level meeting on Sunday and today they mark the start of a diplomatic marathon that will last the whole week, during which Russia will meet with NATO and also with the Organization for Security and Cooperation in Europe (OSCE).

For her part, the United States Undersecretary of State, Wendy Sherman said she spoke with Russia about reciprocal measures to reduce missile escalation and exercises, but renewed warnings of the main costs if Moscow invaded Ukraine.

“We came up with a number of ideas where our two countries could take reciprocal action that would enhance our security interest and enhance strategic stability.”Sherman told reporters after speaking in Geneva with Sergei Ryabkov.

Sherman said that offered more discussions in greater detail on missile placement, following Russia’s requests for security guarantees as it accumulates troops along the border with Ukraine.

But he clarified that he dismissed a Russian call for assurances that Ukraine will not join NATO.

“But nevertheless, We are adamant in rejecting security proposals that are simply not innovative in the United States. We will not allow anyone to close NATO’s open door policy”.

He renewed an appeal to Russia to return its approximately 100,000 soldiers to its barracks or to clarify its purpose. If Russia invades, “there will be significant costs and consequences, far beyond what they faced in 2014 ″, when Moscow seized the Crimean peninsula and backed an insurgency in eastern Ukraine, he said.

“The conversation was difficult, it couldn’t be easy”Riabkov said of his talks with the US on Sunday. He called the conversations with Sherman, which lasted two hours, “formal.”

The US Secretary of State, Antony Blinken, considered for his part in the chain CNN that “There is a path of dialogue and diplomacy to try to resolve some of these differences and avoid a confrontation.”

“The other way is confrontation and massive consequences for Russia if it renews its aggression against Ukraine”, he warned.

In this series of meetings, the United States wants to assure its European allies that they will not be sidelined in conversations.

In June, the Russian president, Vladimir Putin met with US President Joe Biden in Geneva and they agreed to establish a regular dialogue led by Sherman and Riabkov.

Putin, who has spoken with his US counterpart twice since this crisis broke out, warned that the imposition of new sanctions would be a “colossal mistake” and threatened a response. “Military and technical” and his rivals insist on “maintain [esa] line, very clearly aggressive ”.

The Russian president asked -and he got it- expand the dialogue to various of their demands, despite the fact that the West considers them “red lines.”

According to the Kremlin, Western countries are provoking Russia by deploying troops to their doors or arming the Ukrainian military fighting pro-Russian separatists in the Donbas in eastern Ukraine.

In this sense, Putin calls for a grand treaty that excludes Ukraine from joining NATO and that it provides for the withdrawal of US soldiers from the easternmost countries of the Atlantic Alliance.

But nevertheless, The Americans assure that they are not prepared to reduce their troops neither in Poland nor in the Baltic countries, and they have also threatened to reinforce them if Russia goes on the offensive.

The US warned Russia that the sanctions will be “new and strong” if it advances in its threats to invade Ukraine. Following the threat from Russia, the UK urged Putin to lower tensions with Ukraine and the EU sanctioned the paramilitary group Wagner 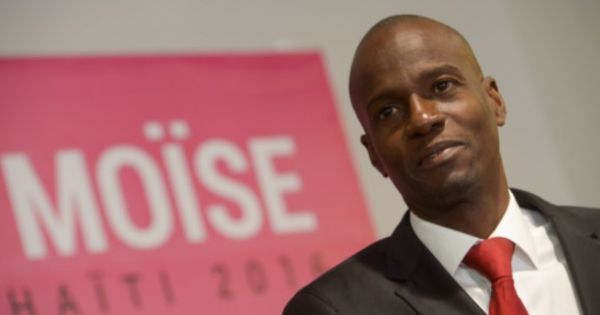 Why did they kill the president of Haiti? An investigation by The New York Times revealed Venezuela: while the guerrillas clash in Apure, the military power shifted towards the elections in Barinas

Two trucks collided head-on on RN 81, resulting in the death of both drivers