Selena Gómez and Camilo, a collaboration from another world

The American artist released 999, a song next to Camilo that they consider aesthetic

A couple of days ago, a collaboration between the 29-year-old singer-songwriter from Texas and the Colombian musician had been announced. The wait may have seemed long for some fans of both artists, however, the date for the song titled 999 arrived, and it has been much more successful than expected after more than 10 days after its release on all platforms. of music. 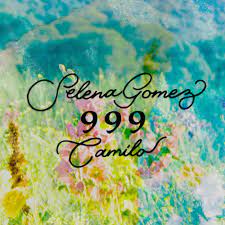 Since August 26 of this year and until now, it has not moved from the top 20 of musical trends on YouTube, something that few achieve and that is worthy of pride, because these days there have been other releases that have not displaced this collaboration . This has been something unexpected for both artists, as the song has reached more than 10 million views on the most famous video platform in the world and almost 8 million views on Spotify. They appreciate this, on social networks, and even on YouTube, where a comment by Camilo stands out that says:


“Selena !! The Tribe loves you, and we are very proud of all that God is doing in your life !!! Thank you Selenators for all the love you are giving 999 TRIBU SELENATORS ”

Part of this success – many say – is due to the fact that Selena Gómez sings in Spanish again, in a genre that usually would not have been around her performance a few years ago; The opening to it has been after the good reception of his first song in Spanish that he released earlier this year, entitled De Una vez, and of course, after the album Revelación where he had 5 more tracks, in Spanish.

Click on the video to listen to the complete song