Like a car that age and lack of maintenance take away a little more splendor every day, this limping Independent is losing pieces With almost every step you take. the last one is Silvio Romero, his 33-year-old captain and scorer, who will continue his career at the Brazilian Fortaleza, a departure that in itself is not surprising, since his intention to leave was well known (“It was good for the family to have a change of scenery. It was a personal decision. At the club they wanted me to stay but I wanted to leave.” the player himself confessed). On the other hand, the figures of a game that in principle leaves very little benefit to the needy coffers of the Red.

The Cordovan striker he goes on loan for a year in exchange for just $150,000, that could be increased if some objectives are met – in principle, only playing 60 percent of the games seems easy to meet; winning the Brasileirao or the Libertadores sounds much more complicated, plus the options of a second year in identical conditions or a purchase for one million US dollars.

There are several reasons that explain the reasons for some almost ridiculous numbers for a player who scored 18 goals last year (2 penalties) and 51 since his arrival at the club in 2018. Romero’s salary in dollars, signed at 4.5 million of that North American currency due to the stubborn insistence of Ariel Holan, is the main one, since became a growing toothache for the leadership as the Argentine peso devalued and the participation of Independiente in the international cups ceased to compensate for such an outlay.

“We have players who earn five million pesos a month,” the president complained Hugo Moyano in December 2019, when the dollar was trading at 60 pesos. Chino was already in that category of the best paid on the campus at that time, he consolidated himself at the top of the podium a short time later and remained there by renewing his bond in mid-2021, even despite accepting the reduction of 30 percent. cent of your income. The current financial suffocation of the entity, with debts, embargoes and inhibitions everywhere, forcing it to reduce that annual expense at any cost, and in that sense, getting rid of the scorer is seen more as a savings measure than a collection measure.

But also, for Romero to agree to sign that last contract with Independiente, sealed after the chance of a pass to Boca was frustrated and which lasted until June 2023, the directive led by the trucker leader had to assume a significant reduction in the striker’s termination clause. This was established at 1.4 million dollars for the local market and 750,000 for the international market, numbers that have also affected the amounts that Fortaleza would have to pay to definitively acquire its token.

The sum of the economic needs of the Red treasury and the will of the protagonist are enough to understand why From now on Romero’s goals will be shouted in Portuguese and will be missed in Avellaneda. It is more difficult to imagine how Eduardo Domínguez will manage to replace the scoring capacity of the 9 from Córdoba, taking into account that on the day of his presentation he already expressed concern about the lack of goals, even if Chino had continued on the squad.

The possibility of incorporating a striker who guarantees on his own a number of celebrations similar to the loss is as limited as it is uncertain. Apart from the lack of capital, the five inhibitions worth 1,191,000 dollars that weigh on the club today – which could exceed 6.7 million if before the end of the month América de México decides to execute the complaint for the non-payment of Cecilio Domínguez- doubt that any incorporation that is made can enter the field. The history of Joaquín Laso, who had to wait more than two months to debut in the previous transfer market, puts those who receive a call from Daniel Montenegro, the troubled sports advisor Rojo, on alert.

Just in case, the brand new technician has no choice but to look inside. In that position, he only has inexperienced youth. David Sayago and Julián Romero have barely added a handful of minutes among the greats, while Mauro Molina and Nicolás Messiniti have been relegated by Domínguez to the reserve squad.

The alternative, then, is perhaps to imagine a performance without the classic area 9. In his only talk with the press since taking office, Colón’s former coach praised the quality of those who can act in midfield, and if one takes into account that the arrival of midfielders and the mobility of agile attackers like Luis Miguel Rodríguez and Facundo Farías were the key to their success in Santa Fe, it could be assumed that the bet will be to distribute among several the effectiveness lost to the rival networks.

Capable strikers like Alan Velasco, Rodrigo Márquez or Braian Martínez; flyers with resources, such as Domingo Blanco, Alan Soñora, Andrés Roa, Tomás Pozzo, Lucas González and even Carlos Benavídez; and promising youngsters like Juan Román Zarza and the aforementioned Sayago and Julián Romero will be the ones who must necessarily take up the baton. With them, and perhaps with no one else, Domínguez will have to find the paths towards those goals that from now on Silvio Romero will shout in the Brazilian northeast. 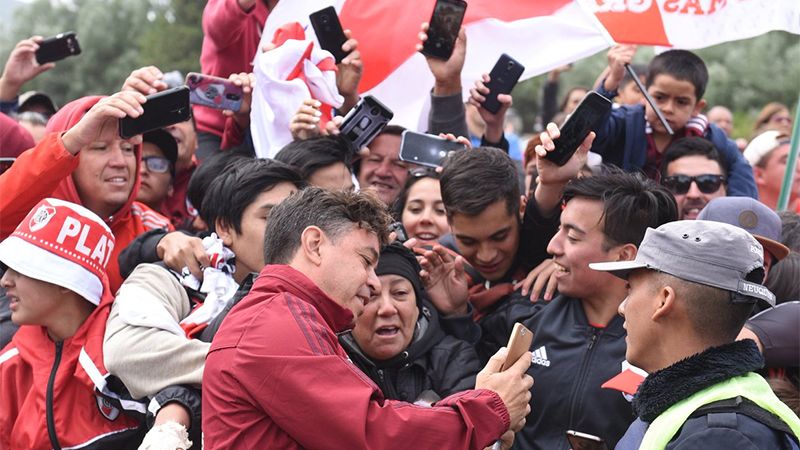 The Parque del Hincha, the option for the followers of River and Colón in the final of the Champions Trophy 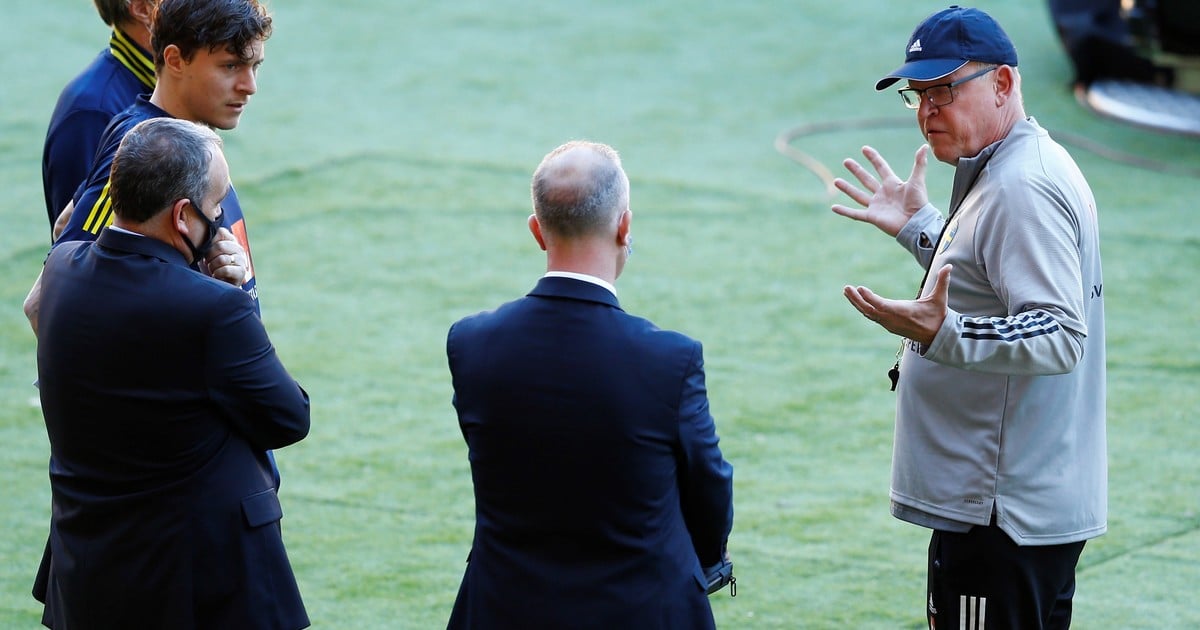 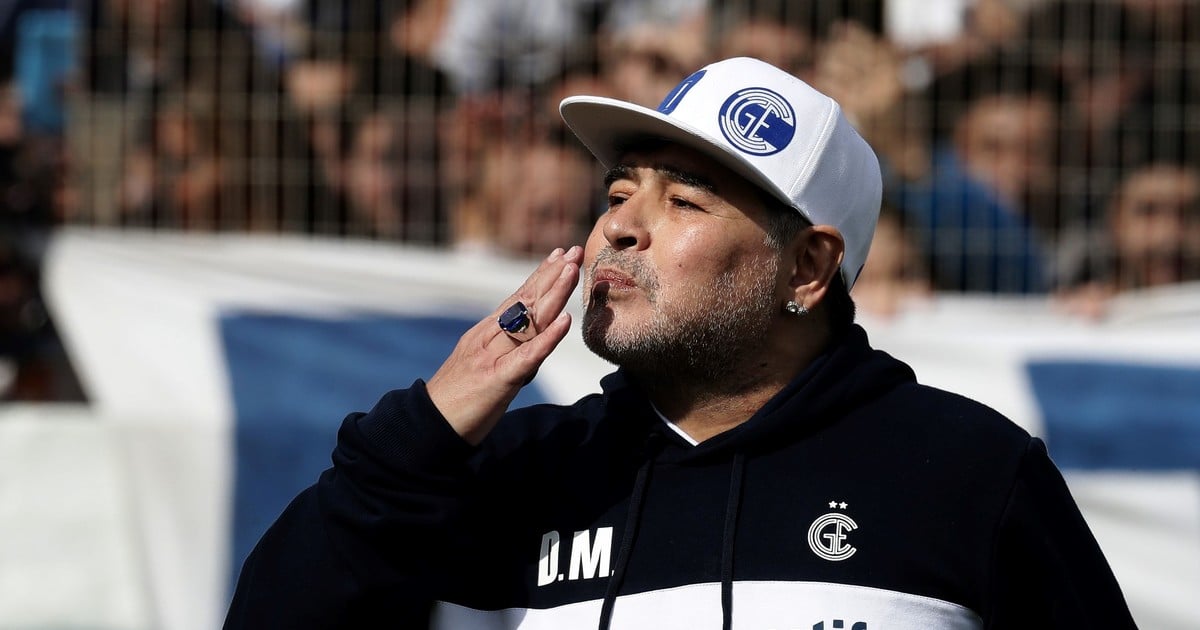 “The information is that Maradona is buried without a heart”

Central gave himself again and falls 3-0 against Defense