When the Netherlands is mentioned to a large part of Argentines, the first thing that comes to mind is Queen Máxima Zorreguieta. But, beyond this inevitable connection, both countries share an important economic and commercial link. Among other examples, the largest amount of Argentine agro-exports to Europe enter the port of Rotterdam and there are more than 40 Dutch companies in the country.

In this context, and despite the fact that the Netherlands is the fourth historical investor in Argentina, in an interview with TN its ambassador Roel Nieuwenkamp warned that “There is a lack of an investment climate” and he listed the difficulties posed by the stocks, price control and “not so clear rules” to attract Dutch companies to invest in the country.

– How are the bilateral relations with Argentina?

– They are doing very well and business relationships are very important. The port of Rotterdam is one of the most important in the world to export soybeans, wheat, lemons, everything and in Argentina we have an important role with very large companies.

– In which sectors could bilateral cooperation be deepened?

– Sustainable energy it is the greatest and limitless opportunity. In the matter of green hydrogen, the sun or the wind, Argentina has everything. An investment climate is lacking. I see very great opportunities in sustainable energy, in the medium term it can be very interesting for us.

– What is needed to change the investment climate in the country?

– Well, they are very well known subjects. The stocks do not work well for investors, because it is almost impossible to put in a dollar and not be able to remove it. Investors from the Netherlands said: ‘With a stocks we are not going to invest’. There are rules that are not so clear and price control also has an influence. It is difficult to explain to companies that there are 15 dollar exchange rates. We have to explore an agreement with the IMF and the Paris Club to stimulate an investment climate.

– So, until the current situation changes, is it difficult to expect new Dutch investments?

– Yes, and also commercial. Because for example with such a high country risk it is almost impossible to get export insurance. Our export credit agency believes that an agreement with the IMF is necessary and a substantial drop in country risk. ‘

What are the environmental policies of the Netherlands

If it is a short time, the Netherlands is one of the countries that is most concerned about the level of pollution and damage to the environment. The mere thought of the rising oceans and seas shocks the whole of the Netherlands. Almost 26% of the country is at real risk of being under water if the course of action is not changed and state policies go in that direction.

– Did you have a rapprochement with the Argentine government for environmental issues?

– Not so much now, there is no cooperation between our companies and the government in environmental terms. We do have cooperation in water management, to collaborate in flooding and water control.

– The Netherlands is a symbol of environmental policies, why?

– For us it is an existential issue because 26% of our territory is below sea level and almost 60% are vulnerable to flooding. That is why we set ourselves ambitious goals such as reaching 100% sustainable energy by 2050, zero carbon dioxide emissions and 100% circular economy.

– Specifically, what are the policies that the Netherlands has?

– In the Netherlands we have electric cars everywhere, service stations with chargers and roofs with solar panels. There are also other examples such as that of the Ocean Cleanup company that is responsible for collecting plastic in the ocean, recycles it, manufactures sunglasses and even puts a QR code on it to identify where the plastic comes from.

– How do you handle the water problem?

– To gain territory we have a collaborative situation.

– We make agreements with different sectors to lower emissions or raise the rate of sustainable energy. We rely on broad consensus. For example, if a field is flooded its owner is not going to throw the water on the next one, but they are going to try to solve it together.

– Many times all these policies seem far away in Argentina, when did the Netherlands begin to implement them?

– It was not long ago, about two years ago the country had a turning point and made a radical transformation where solar panels, electric cars and others appeared.

– What is the limit so that it is no longer late?

– Are you worried about the consequences they may have in the Netherlands?

– For us it is very worrying, in a recent report from our meteorological service it was concluded that if the world continues like this by 2100 the level of the oceans will rise 1.2 meters and 2 meters by 2300, which for the Netherlands would mean no longer being the Netherlands. Low to become the “very low countries” or to dive. We have to change to survive.

– Do you see a commitment from your European partners?

– Yes, we work a lot with them. We have programs like the Green Deal with very ambitious goals. We cannot change the climate alone, but we can do it together.

Concern in Europe about the Omicron variant

The Omicron variant raised the alarm all over the world, but especially in Europe. Infections increased sharply in recent weeks and the detected cases of the new strain caused a large part of the countries to re-apply restrictions. The Netherlands was no exception and began to restrict nighttime circulation along with other activities.

“It is a worrying strain”admitted Ambassador Roel Nieuwenkamp, ​​and although he was confident that the Netherlands has “a very high vaccination rate in the order of 85%”, he recognized that it is “important to persuade people to get vaccinated.”

Different cities in the Netherlands were the scene of marches and demonstrations of anti-vaccine movements. In this regard, Nieuwenkamp considered that these groups “They are a mix between vandals and those who do not believe in vaccines”, while emphasizing how essential it is to make them understand the importance of vaccination. 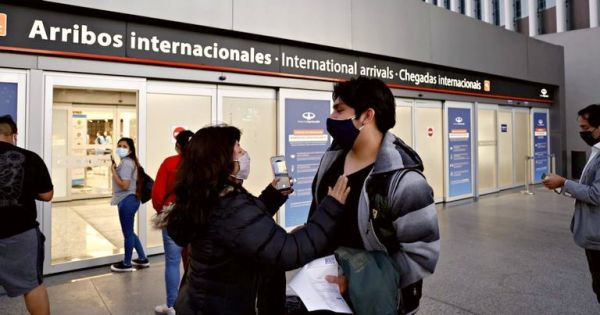 Micron variant: the symptoms that differentiate it from the Delta and why it should not be trusted

The Philippines evacuated 45,000 people before the arrival of Typhoon Rai 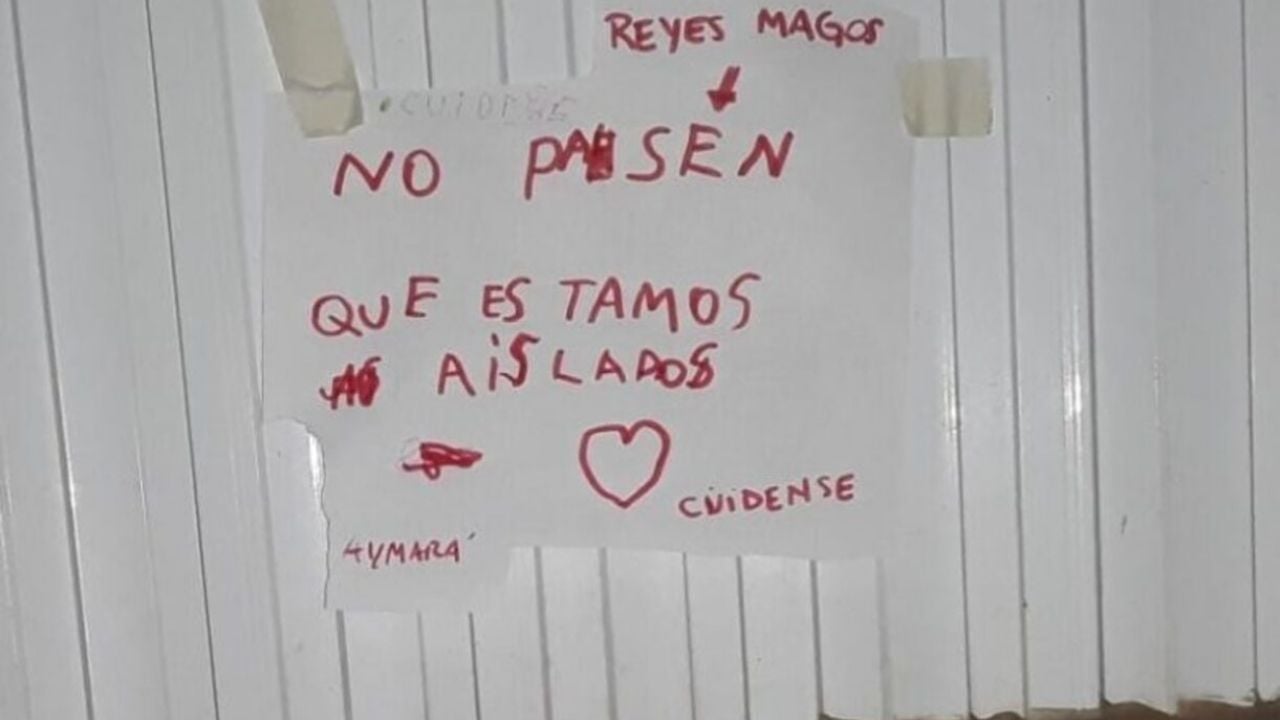 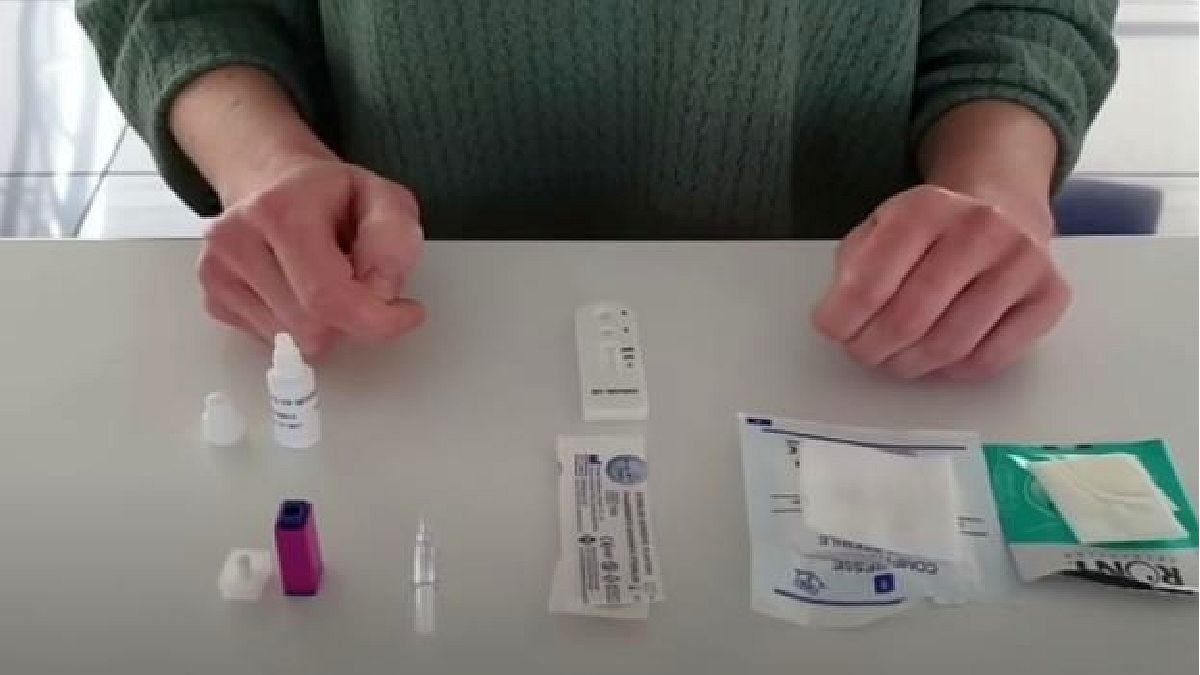 how much does it cost, how to make it and where to buy it