Since its identification, at the end of November, the Omicron variant caused an exponential growth in coronavirus cases around the world. Since last week, the third wave shows this reality also in Argentina.

At the local level, the 110,000 positives were exceeded on Thursday, after a string of infection records that, according to what was said officially, will continue to rise.

The variant that emerged in South Africa is already the majority in the province of Buenos Aires and in the City, as confirmed by the Ministers of Health of both jurisdictions. Does the scene change? Is it not so safe to be outdoors anymore? Being milder, what are the symptoms for swabs? Here, the answers to some key questions that Ómicron opens today.

The mutations that characterize Ómicron appear to have altered the virus’s ability to infect cells. With the previous variants, the viral load was concentrated in the lungs, with Ómicron concentrates on the upper respiratory tract, throat. This is explained by six studies published by different universities in December 2021.

This could affect the clear dissociation that is observed between confirmed cases of Covid and hospitalizations, although specialists emphasize that the key is vaccination. Despite the high number of infections, rates of hospitalization in intensive care and deaths remain low compared to previous waves.

So, “although Ómicron appears to be less severe compared to Delta, especially for vaccinated people, does not mean it should be classified as mild“, said days ago the head of the World Health Organization (WHO), Tedros Adhanom Ghebreyesus.

Refers to the pressure it generates in hospitals Since, as the specialists also always explain, as there are proportionally greater number of cases, there will be a group of them that come to therapy.

What are the symptoms of Omicron?

Previous variants of the coronavirus had mainly symptoms such as fever, cough, and loss of taste and smell. Ómicron doesn’t necessarily have those “classic symptoms” of Covid.

The five most common symptoms with Omicron are runny nose, headache, fatigue, sneezing and sore throat. This identification of symptoms “typical of Ómicron” is repeated in world news but It is not “official” by Health.

In Argentina, according to the page of the national health portfolio, symptoms of covid continue to be fever (37.5 ° C or more), cough, sore throat, respiratory distress, muscle pain, headache, diarrhea and / or vomiting , nasal congestion, sudden loss of taste or smell.

ToVaccines prevent severe coronavirus disease from all variants, not infection. Anyway, with Omicron protection against infection itself is weakened, in general, with all vaccines.

That is why those who are fully vaccinated, with two doses or with a single-dose vaccine, and to a lesser extent, can get it. even those who have the booster doses or booster.

Ómicron evades the immune response, so it has a greater chance of infecting those who have already been vaccinated with Covid. But, in this case, the chance of having a serious picture is much lower.

Argentina is well positioned in coverage with first doses: 85.4% of the total population received an injection. But there are more difficulties with the second, for now administered to 73% of people. The third dose, meanwhile, received less than 16%. It is administered now from the fourth month.

Does Ómicron affect more if you have any comorbidity?

ToTo answer this question, one must begin by understanding that part of Ómicron’s milder symptoms is due to the number of people vaccinated or with acquired immunity naturally after recovering from infection.

There is data that says a lot: in the city of Buenos Aires, for example, 65% of those admitted to intensive care are not vaccinated and 9.6% have only one dose.

Among the inmates vaccinated with serious symptoms, according to Arnaldo Casiró, head of infectious disease at Hospital Álvarez, “there are very old people vaccinated with two doses and with some comorbidity.”

If it is more contagious, should I wear a chinstrap outdoors?

“Being outdoors lowers the risk for all variants in the same way. Ómicron and Delta are more contagious than the previous ones. The criterion now is that, if I am going to be face to face with a person, no matter how much outdoors, I should wear a chinstrap. If I’m walking in a quiet place, no, “he explains to Clarion Javier Farina, infectologist of the Argentine Society of Infectology.To

What about the chinstrap in closed places, like restaurants or bars? “With Ómicron indoors, the use of a chinstrap is mandatory. But the same thing in crowded open spaces “, sentence. At the moment, from Health there is no indication to return to the mandatory use of the chinstrap outdoors.

Why do you have to isolate yourself for less time now?

ToThe Minister of Health of the Nation, Carla Vizzotti, announced that they are studying reducing the days of isolation for close asymptomatic contacts and the Province has just announced that change of criteria for Health personnel.

Ómicron is a different variant from the previous ones because it has a shorter incubation period,
between 1 and 2 days after infection, compared to up to 5 days of incubation of Delta until eventually showing symptoms.

That is why it is expected “that infections will begin to decrease faster”, according to the official. And it is this short incubation period that led to the reduction of the “classic” 14 days of isolation. Vaccinated people also transmit the virus for less time, and that is another of the arguments with which the isolation has been lowered, until now, 7 days for infected vaccinated and 5 days for close contacts.

ToThe Omicron variant does not change the swab criteria either. As detailed by the Ministry of Health, those with any symptoms such as fever (37.5 ° C or more), cough, sore throat, shortness of breath, muscle pain, headache, diarrhea and / or vomiting, nasal congestion, sudden leakage should be swabbed. taste or smell, and have not had close contact with a confirmed case of Covid-19.

But you have to take into account the day of the swab. “There are close contacts that, instead of being tested when they should, are going to be tested on the first or second day of contact. And they usually give false negatives,” explains López. It is important always wait 72 hours from the onset of symptoms.

When should you not swab?

If the person has compatible symptoms and is close contact with a confirmed case, is under 60 years old and is not part of the risk group, it is not necessary to be tested in some jurisdictions and it must be self-reported in the Caring app. In this case, the positive is confirmed by clinical and epidemiological criteria. In the Capital, however, the confirmation criteria it is still the swab.

The virtues of beets that you did not know 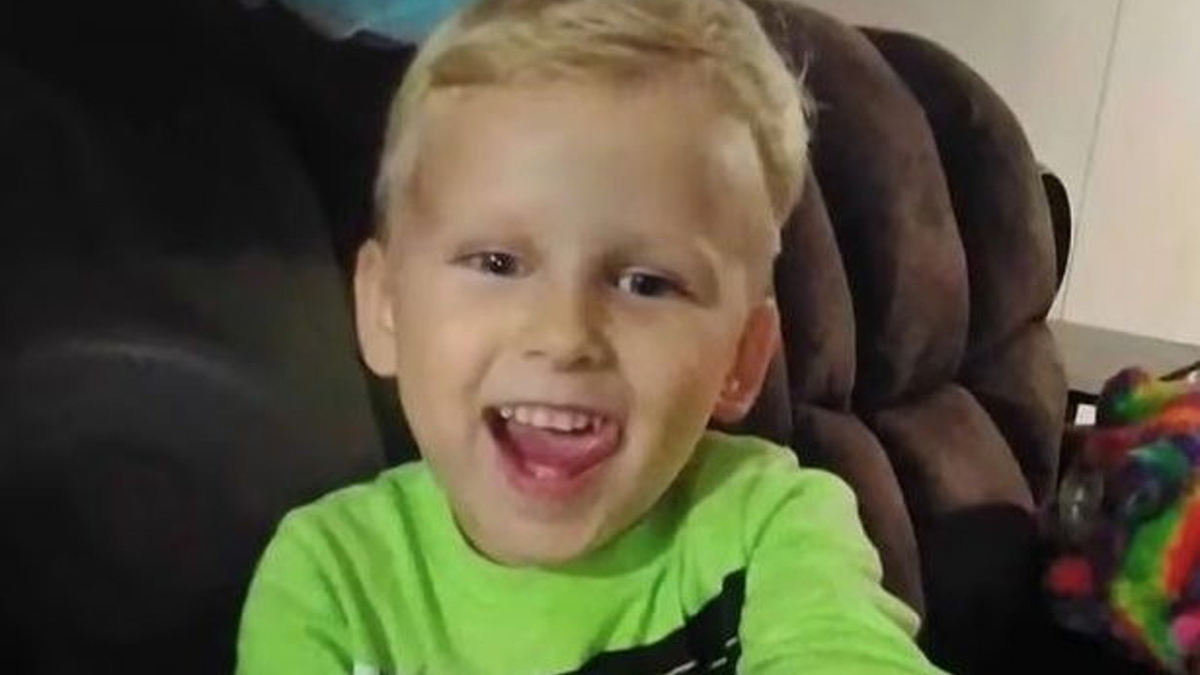 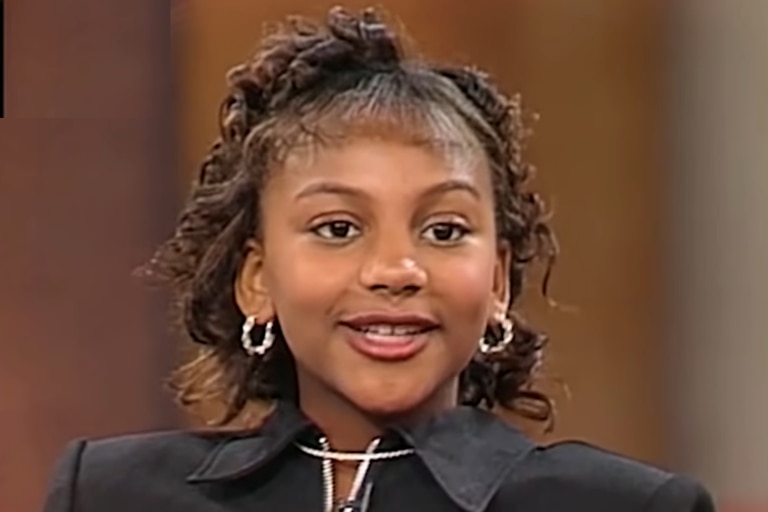 The woman with the longest name in the world: how many letters does it have? 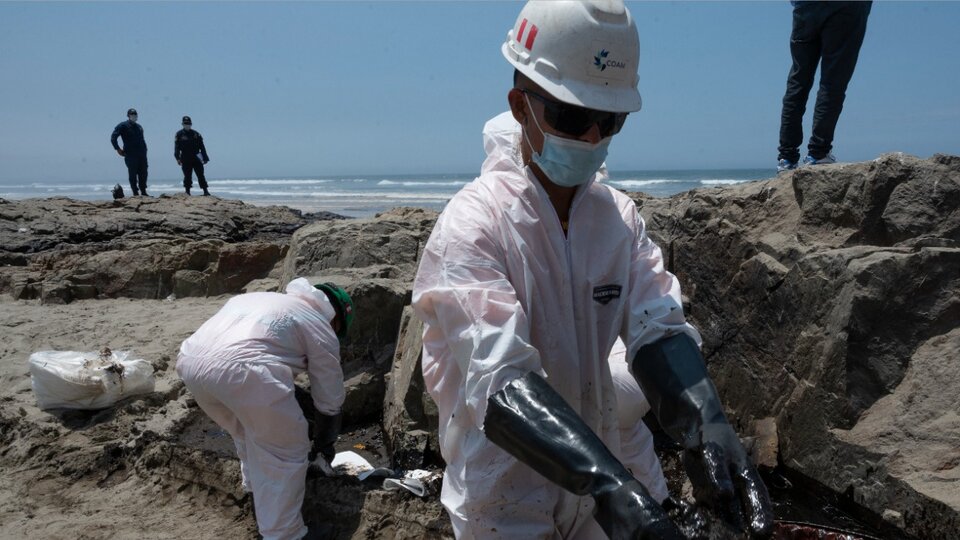