Greta Thunberg, in the framework of COP26 (Photo by Christopher Furlong / Getty Images)

Without a doubt Greta is the maximum reference of a generation that calls for an urgent change in environmental policies. Its leading role in COP26 it is indisputable and proportional to the space that the youth struggle has won.

Swedish activist Greta Thunberg said, within the framework of the event, that the United Nations climate summit, chaired by the United Kingdom, “is the most exclusive“Never celebrated and a showcase for rich countries.

“COP26 has been named as the Most exclusive COP. This is no longer a climate conference. This is a green image wash festival for the global north“The 18-year-old youth leader said on the social network Twitter.

COP 26 ends this Friday, November 12 and after multiple promises from leaders and working days, it will only remain to be seen in the coming years what is the real scope of these speeches and promises from all sectors.

The international network of organizations against climate change CAN already denounced at the beginning of the summit, that the The organization of COP26 has not allowed the majority of its displaced delegates to enter the negotiations.

The lawyer linked to the CAN Sébastien Duyck said that the summit “is not being inclusive at all”, and he assured that only four observers from civil society can be present to contribute their points of view in the sessions.

Indeed, one of the chapters of the summit in Glasgow is the financing of adaptation to climate change, which is between five and ten times less in developing countries than the cost of measures to combat this phenomenon.

What were the 5 demands of the young woman to the top political leaders? Keeping global warming below 1.5 ° C, ending fossil fuels and financing the climate transformation of poor countries are some of the strongest ideas that environmentalists left on the table..

1- Immediate actions to keep the global temperature stable and global warming below 1.5 ° C

“Keeping alive the precious objective” of keeping the global temperature below 1.5 ° C and achieving it with immediate annual greenhouse gas emissions reductions, “as never before seen in the world”, is the main and first objective.

It is not minor. The little implementation of the promises made in previous summits makes many activists doubt the seriousness of the countries. In 2015, the Paris Agreement was signed, in which the attached countries undertook to keep the increase in world average temperature below 2ºC and to be below 1.5ºC.

But this commitment was not followed by actions to fulfill it. The UN recently warned that the figure could increase to 2.7 degrees Celsius compared to the pre-industrial era and even, in a scenario in which the current consumption model is not changed, the world could get up to 4ºC..

From the UN Program for the Environment they warned that there are only 8 years to halve emissions. “To have a chance to limit global warming to 1.5ºC, we have eight years to cut greenhouse gas emissions by almost half. The clock is ticking loudly, “said UNEP Executive Director, Inger Andersen, it’s a statement.

In order to achieve the objectives, it is necessary to curb the emission of greenhouse gases, but in 2020 and, despite the pandemic, a new record for the concentration of carbon dioxide in the atmosphere was once again recorded.

Immediately, the urgency warrants it. The second demand of the activists is “immediately halt all investments, grants and new projects related to fossil fuels and stop new exploration and extraction”From these energy sources.

A request that does not find an echo worldwide. The Organization for Economic Cooperation and Development (OECD) and the International Energy Agency (IEA) warned that many countries are being attracted to subsidize fossil fuels to alleviate the rise in prices that consumers are experiencing after the economic crisis of the pandemic, Between other reasons.

According to OECD data, consumer subsidies are going to skyrocket this year, in 42 countries analyzed, 244% compared to 2020, increasing the amount to 440,000 million dollars. A figure that contrasts with that of 2020, when, after the collapse of prices due to the pandemic, subsidies were reduced to 180,000 million dollars.

3- Be relentless by no longer allowing “creative carbon accounting”

Many environmentalists, including Greta, urge that the so-called “creative carbon accounting“, that is to say indices that do not account for all gas emissions, publishing total emissions from all consumption indices, including “supply chains, international aviation and shipping, and biomass burning,” the letter states.

This has been one of the recurring complaints of the Swedish activist Greta Thunberg. In August, when Boris Johnson, Prime Minister of the United Kingdom, announced that he had reduced gas emissions to the atmosphere by 42% from 1990 levels, Thunberg called the message a “lie.”, accusing the British country of “creative carbon accounting”.

The activist denounces that world leaders raise their figures on the fight against climate change by publishing balance sheets that frequently do not include emissions caused by aviation, maritime transport, subcontracting or imports to consumption, among others.

The teenager, who lives with Asperger’s, spoke openly about her diagnosis. She feels that it makes her “different” and that it gives her a “super power” (REUTERS / Guglielmo Mangiapane / Archive)

The fourth request, which was reflected in one of the letters that environmental organizations from all over the world sent to the COP26 attendees, is to deliver “100 billion dollars ”that rich countries have promised to countries more vulnerable to climate change and with fewer resources and, in addition, granting “additional funds” to these nations for the climatic disasters that many of them already present, such as floods, forest fires or droughts.

Among the 2015 Paris agreements highlighted the obligation of rich countries, responsible for 75% of greenhouse gas emissions, to collect between 2020 and 2025, 100 billion dollars annually for developing countries, with the aim of combating climate change.

However, the OECD published a report that stated that in 2020 they had only raised $ 79.6 billion of those corresponding to that year. In addition, the organization has been skeptical and does not believe that the funding gap can be closed until 2023.

Precisely, in his speech, the President of France, Emmanuel macron, He also referred to the need to verify that the money reaches those countries.

The climate summit in Glasgow, Scotland (COP26) entered its last day and again, Greta was one of the undisputed protagonists (REUTERS / Christian Mang / File Photo)

The International Organization for Migration (IOM) has been reporting the increase in migrants in different regions of the planet due to the effects of climate change, phenomena such as extreme temperatures, rising sea levels, droughts or storms.

Paradoxically, it is the people least responsible for climate change who are most vulnerable to its consequences. According to the Red Cross, since the pandemic began, Climate-related disasters seriously affected the lives of at least 139 million people and of the 25 countries most vulnerable to climate change, there are 14 that are also mired in armed conflict.

That is why the organization has requested, in the framework of COP26, that countries ensure attention focused on the most vulnerable people, increase funding for adaptation in poor countries and communities, invest in prevention, translate global commitments into local action, and protect the environment through compliance with international humanitarian law.

Thousands of activists push for actions to materialize. The letter to Glasgow, which was published after the start of the summit, has reached, in just a couple of days, more than 1,560,000 signatures and the number continues to grow, without a ceiling.

With information from AP, EFE and Reuters

Two young Argentines in Glasgow: “We can all contribute from our place”
The ghost of Copenhagen flies over Glasgow
Civil society reminds diplomacy that the climate crisis is a debate about the future of people 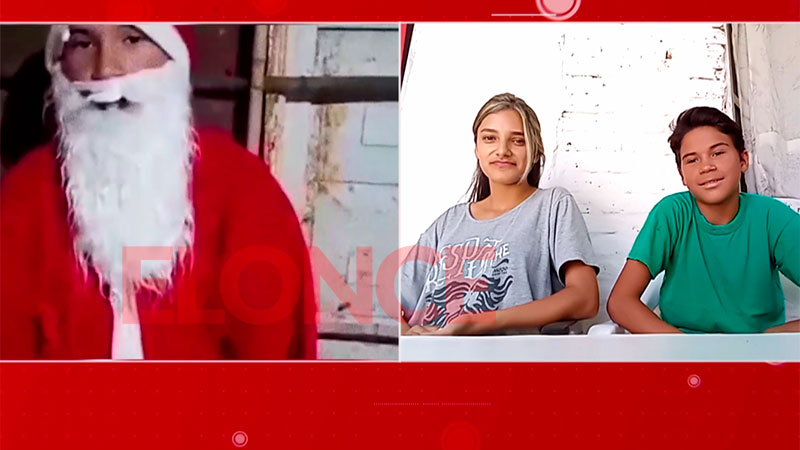 Child distributed sweets dressed as Santa Claus: “I wanted everyone to receive something” – Society 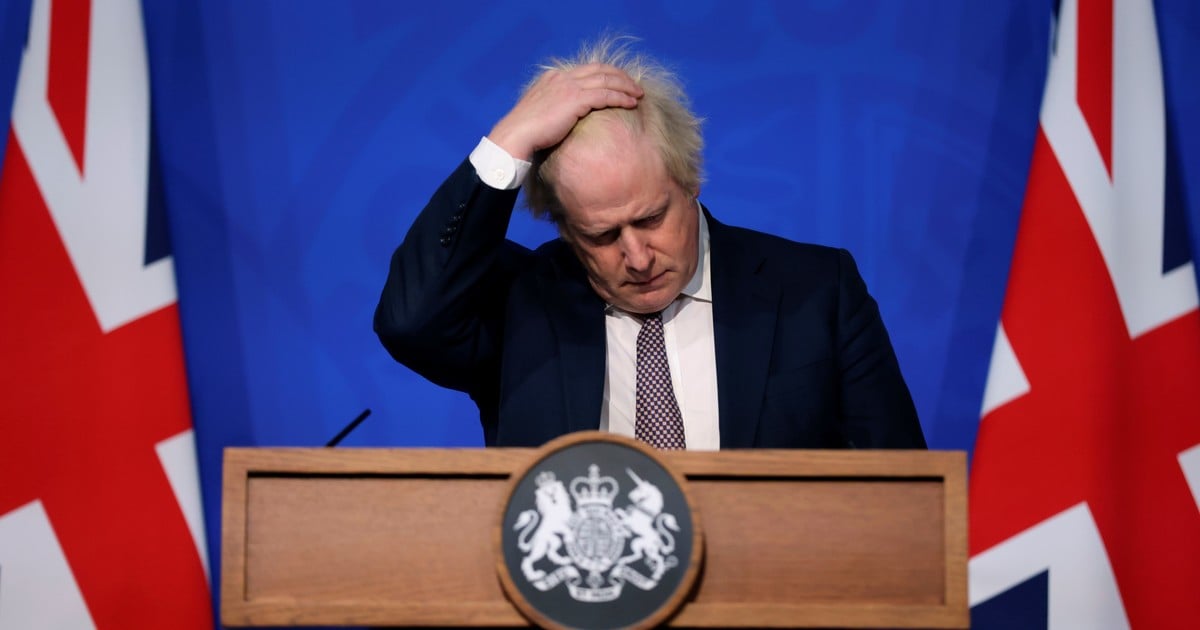 rebellion in his party over anti-Covid restrictions 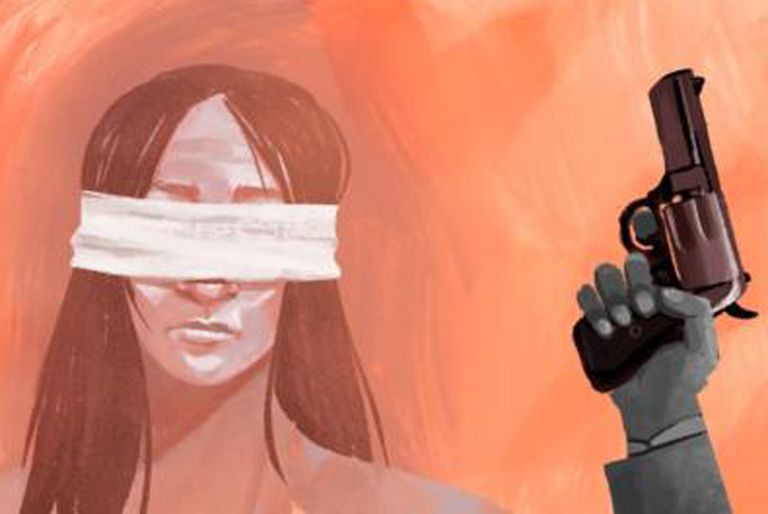 “Do you know what we do to women who end up here? We rape and kill them ”: Allegations of brutality in Myanmar after the coup