One of the most important concerts of the year is coming and you will be able to enjoy it by getting your tickets at www.comprasmisiones.com.ar: the Chaqueño Palavecino and the Alonsitos live in Puerto Mbiguá.

ANDhe concert of El Chaqueño Palavecino y los Alonsitos will be held on November 12 at 6:00 p.m. in Puerto Mbiguá, the new pole of entertainment in the Argentine Northeast, which attracts artists of all genres to take the stage and share their art with the public on the banks of the majestic Paraná River.

Advance sales at Purchases Misiones continues at a very good pace, the missionaries’ shopping site, where you can easily purchase your tickets by paying with any debit or credit card. And you also have an additional advantage: if you have a Banco Macro credit card, You can pay your tickets in up to 3 installments without interest.

Now it is !: reserve and pay your tickets for the Los Alonsitos and the Chaqueño Palavecino concert in Puerto Mbiguá right now! Access spaces are limited and tickets sell out quickly, so don’t hesitate to book your tickets right now, so you don’t miss out on this wonderful concert with these two great artists.

Do you want your tickets to the concerts of Los Alonsitos y el Chaqueño Palavecino? Click here. 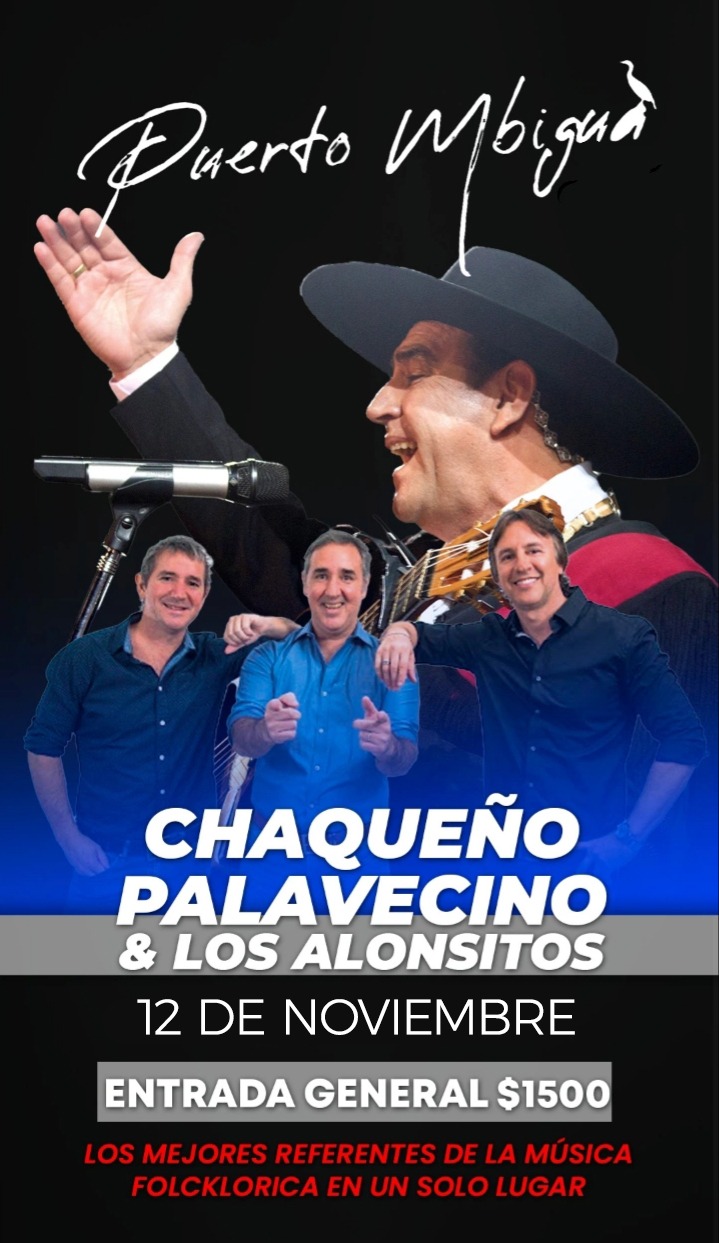 El Chaqueño Palavecino: from the bus to the big stages

He began his life as a driver traveling routes from Vespucio, Pocitos and Orán until he reached Tucumán, at the Atahualpa company, where he had been selected from among 64 applicants. There, his passion for work and singing lived together, and within the company he was known as “El cantor de Atahualpa.”

From that moment, the Chaqueño Palavecino began to forge his great passion, until he became the great artist we know today, who has Gardel, Grammys, Chayero de Oro awards in La Rioja, Camín de Oro in Cosquín, and a very complete discography.

In the same way, he had the opportunity to share the stage with great artists of folk music: in 2009 he went on a tour throughout the country with Los Nocheros and Soledad, in a show entitled “La fiesta”, from which the CD is released + DVD «La Fiesta», recorded on May 16 at the Vélez Sarsfield stadium in Capital Federal. Natalia Patorutti participated as guests in the song “Jamás” and Los Tekis in “Qué No Daría”.

Los Alonsitos: from Corrientes to the whole country

Los Alonsitos is a group of traditional Argentine music, of Chamamecero folk style, made up of Ariel Báez, Marco Roselli and Marcelo Roselli, a native of Corrientes.

They built their career since 1985, and until today they have not stopped producing excellent musical pieces, which remain present in many Argentine hearts. They also had the opportunity to appear with Los Tekis on the show «The best of us», and on various TV programs, such as Videomatch, Susana Giménez and Lunching with Mirtha Legrand. In addition, the album “Déjate Querer” takes them to Miami to play at the Radisson Deuville Hotel, the place where The Beatles played for the first time in the United States.

On the other hand, in 2012, Los Alonsitos completed a quarter of a century in music and released the album entitled “De Plata”. Participating as guests: Soledad, Abel Pintos, El Chaqueño Palavecino, Facundo Saravia, Los Nocheros, Jorge Rojas and Los Tekis, among others. Likewise, his childhood teacher, Raúl Alonso, participated.

It should be noted that the Los Alonsitos group is made up of Marcelo, Marco, Ariel and José Martín Rodríguez.

Finally, since August 7, 2020, their mythical album “Raíces Con Flight”, released in 1993 and the band’s most emblematic albums, can be heard on all digital platforms, so their music is available to be enjoyed by all.

Undoubtedly, the recital of the Chaqueño Palavecino with Los Alonsitos is an event that you cannot miss. So, from Shopping Misiones, we invite you to reserve your places as soon as possible, so that you can witness this spectacular show.

the singer Rosario recorded a collaboration with Maxi Trusso 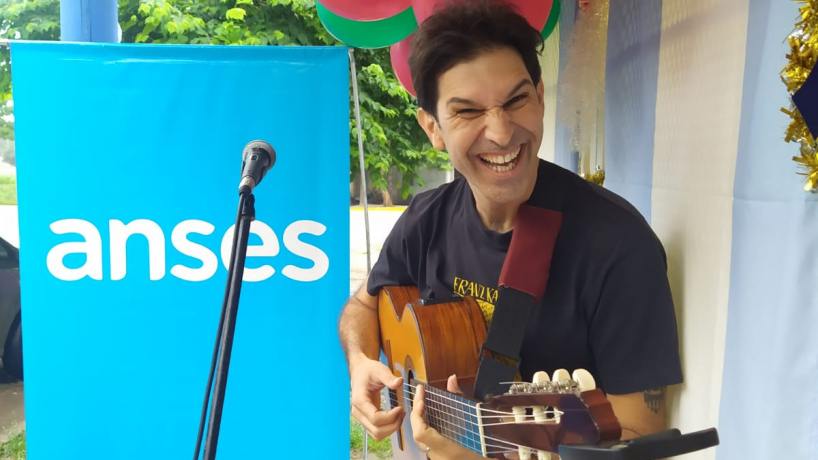 Surprise in ANSES: they went through a procedure and took a Christmas box and live music – Tucumán