Martin Lousteau Y Carlos “El Chapa” Retegui they have known each other for several years. For the past few months, the national senator and space leader Evolution, ally of Horacio Rodriguez Larreta in the Capital, he intensified his exchanges with the former coach of the Argentine hockey team. In these conversations, they exchanged ideas about the economic and social situation of the country. It is a habitual practice of Lousteau, who is committed to incorporating referents from civil society into politics.

For this reason, the senator proposed a few days ago to Larreta the name of Retegui to occupy a position that was vacant in the City and that was highly coveted in the world of Buenos Aires ruling party: the Buenos Aires Sports Secretariat. The surprising incorporation of the former technical director of the Lionesses to the Buenos Aires administration, which was made official today with an act at the Parque Patricios Sports Center, generated noise and surprise among the “hawks” of Pro.

It is that Retegui was a councilor for Kirchnerism in Saint Ferdinand (2015-2019) and National Director of Social Sports. At the height of the Front for Victory, he declared that he was “loyal” to Cristina Kirchner: “I am aligned,” he said in 2014. Despite his jump to the City, Retegui maintains a close relationship with the Minister of Security, Hannibal Fernandez, who got involved in hockey years ago. In fact, Fernández chairs the Argentine Hockey Confederation (CAH). “This shows to which sectors Horacio want to expand”, launches one of the swords of the hard macrismo that responds to Patricia Bullrich. Another “hawk” acknowledges that his “stomach turned upside down” when he read Retegui’s old political statements, but clarifies indigestion: “We also have to say that [Miguel Ángel] Pichetto is with us and he was Cristina’s soldier in the Senate.”, points out a side of Bullrich.

The same argument is used in the Buenos Aires UCR. “Pichetto voted for Cristina’s privileges. What are we talking about?”, remark. Those close to Lousteau trust the senator’s bet and relativize the criticism of Retegui for his past in Kirchnerism. “Martín respects him a lot for his ability to build teams and manage well,” they point out. His last suggestion was Martin Tetaz, who seconded Maria Eugenia Vidal in the porteña list of national deputies. Lousteau noted that Retegui was “excited” about his new challenge. What’s more, Larreta will raise the rank of Sports to Secretary with the arrival of “Chapa”: “In the City they are very enthusiastic. He is a respected man in sports”, they say close to Lousteau.

The Retegui area will remain under the orbit of the santillista Agustin Forchieri, new Secretary of Citizen Development.

In the City they emphasize that Retegui’s arrival responds to “technical” reasons. The position was vacant and Larreta, say Buenos Aires sources, favored the appearance “professional” of the “Chapa”. In Uspallata, Retegui’s sports parchments, his career as a coach, and his “vocation for public management”. And they relativize the cost of incorporating a man who was linked to Kirchnerism. “He does not come to military politically. It has an executive function. Sport is very important to get kids off the street, it is a way of social inclusion, especially with the pandemic,” they say. Larreta presented him as an “emblem” of Argentine sports.

The landing of the former DT of the Lionesses in the City not only generated surprise due to his background in the Front of All camp – there were also noises due to the departure of Juan Jose Mendez Of transport-. It is that until a handful of weeks ago it was almost taken for granted at the headquarters of the Buenos Aires government in Parque Patricios that John Nosiglia, former legislator of Evolución Radical, one of Lousteau’s bishops and Emiliano Yacobitti, would disembark in the Undersecretary of Sports. Even the son of Enrique “el Coti” Nosiglia I expected news in December. Although there are those who suspect that the public veto of Elisa Carrio to the political heirs of “Coti”, sources from the UCR and the City attribute the stoppage of the designation in Sports to a political strategy of Lousteau. That is to say, the economist opted for Retegui, a well-known figure, for the position. “It is part of Evolución’s conviction to incorporate figures that bring fresh air and experience to politics and management,” they repeat. Lousteau shipowners stress that they have been betting for a long time on “opening up” to radicalism and incorporating referents from other sectors. “The thing about Carrió had zero influence”, they point near the senator.

A few weeks ago, Carrió launched a battery of darts against the heirs of “Coti” Nosiglia in the City, the arrival of the radical former legislator at the Undersecretary of Sports was stopped. Although he did not end up in that place, sources from Buenos Aires and close to Lousteau say, Nosiglia would have a guaranteed position in the Buenos Aires administration. “He is a professional and he can go somewhere else. We prioritize expertise of Retegui”, they point out.

Larreta is usually generous with his allies from the UCR, Public Trust, the CC or the radical Daniel Angeli. Although it is his way of expanding his support base, it is a way of showing that he is committed to a coalition government. In fact, Lousteau, one of the candidates to compete for Larreta’s succession, already has several representatives in the City: from the Minister of Economic Development, Joseph Louis Giusti, to the president of Banco Ciudad, William Laje. Days ago, the incorporation of Ines Gorbea as Secretary of the Environment. It will also take more vidalistas.

One of the keys to maintaining unity, considers the mayor of Buenos Aires, is to respect diversity in a heterogeneous coalition. “Horacio, in order to expand, incorporates you into [el legislador de la izquierda Gabriel] solano”, jokes a Buenos Aires official.

Asked by LA NACION about his move from Kirchnerism to Pro, Retegui said that he has “friends” on both sides of the divide. “We are sport and sport is team. And I’m Argentine! What can add, I add. Criticism will always be, he told this medium.

Retegui said that he will have “free access to articulate with the municipalities and with the provinces.” “We invite everyone to be a part and participate, with programs, projects, ideas… Whatever you add is welcome, no detail should be left to chance,” he assured.

In 2017, “Chapa” said that he decided to get involved in politics and be a candidate for councilor in San Fernando because he considered sports to be “an essential tool to get kids off the street.” “We all watch and play sports when we feel full, but its greatest incidence is at the two extremes of life. What to do with people from sports is a political attitude”, he pointed out in an interview he gave that year to the newspaper El Cronista. And he said that he had “a relationship of respect” with Aníbal Fernández. “He is a person who was always there when we needed something for Argentine hockey. I have no negative experience or act to reproach him for. What’s more, I think that Argentine politicians would benefit from putting on the Argentine shirt. Past differences are erased, no more and no less than that,” he said. 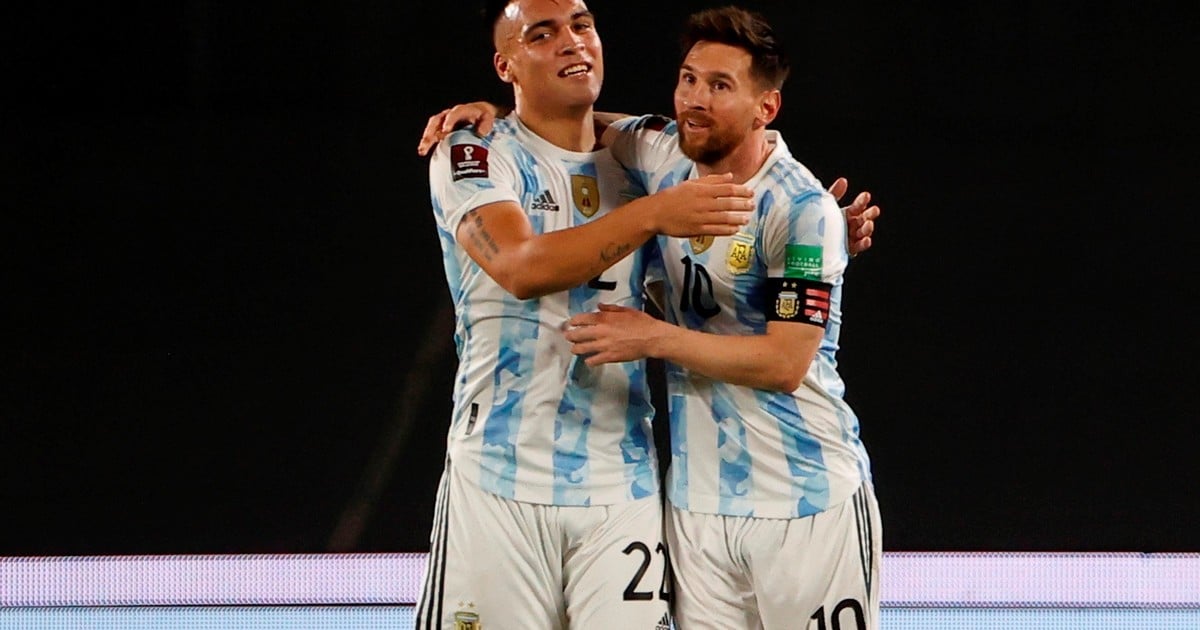 Lautaro and Messi’s calls to take him to Barcelona 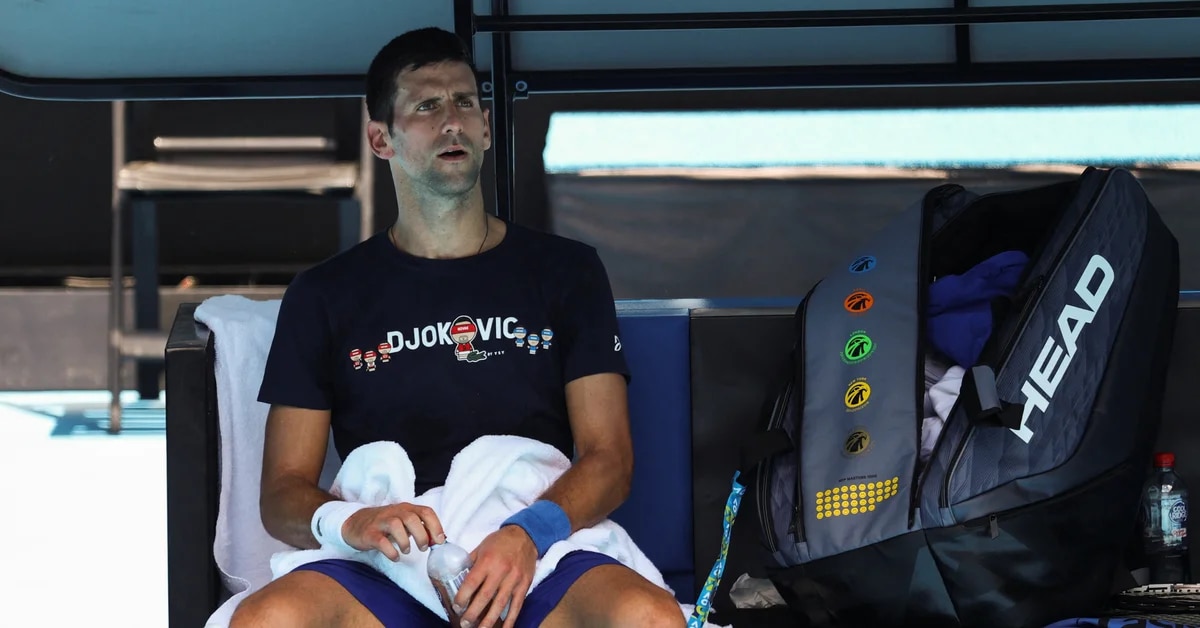 When he had coronavirus, Djokovic gave an interview without warning and prohibited the journalist from asking about vaccinations and his trip to Australia 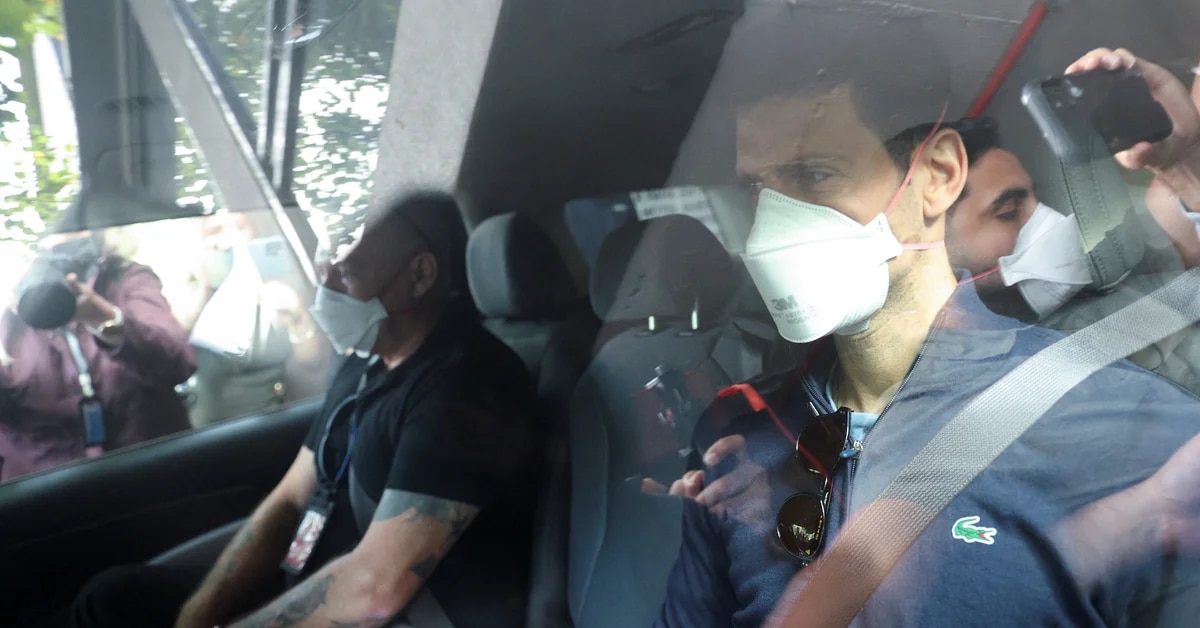 Minute by minute: the Federal Court hearing began that will define the future of Novak Djokovic in Australia