They called him “Pappo” when he was little. “It is a Neapolitan custom. Pappo means dad, kids are called like that ”, he said. He started playing the guitar at the age of 8, doing folklore. “It was the music that I had in mate at that time. We lived in Buenos Aries. They bought me a viola, I started studying, I did it for three months and I got tired ”, he said. He didn’t take classes, but he spent the whole day playing. At age 12 he had his first electric guitar. He didn’t buy it. “What prompted me to play was a neighbor’s viola. It was the first electric that I had in my hands. I stole it from him and promised him that I would pay for it and then I moved to another neighborhood, and he never saw me again, ”Pappo had declared. He started playing with a group, Los Buitres. “We did songs by The Beatles, Rolling Stones and Dave Clark Five. Later I was in another group, Los Dragones. The next group was called The Widow Makers. We used to play in the dances of La Escala Musical ”, he recalled.

His school performance was rather regrettable. “I did the first business year three times, they put me there. There was no case, instead of studying he played the guitar. Then secondary school ended and it was all for music, “he said. He did not like to read. Giving him a book was not a good idea. “Look, read I know. But I don’t read books, there aren’t any to read. Everything is literature ”, commented the musician.

Miguel Abuelo, in 1967, inspired by a phrase by Leopoldo Marechal, created Los Abuelos de la Nada. Claudio Gabis was the guitarist he summoned. With him he recorded the simple Diana rambles, but shortly after Gabis went to what would become the Manal trio. It was then that Miguel Abuelo turned to Pappo. Shortly after the group was dissolved, Carlos Bisso y su Conexion Nº 5 joined, a group that covered international rock songs, which achieved great success in their shows and television presentations. There, the indomitable rocker had to wear a uniform: a black corduroy suit, a white shirt with yabo and lace cuffs. It was an experience that lasted a few months. He joined a group that, unknowingly, was amassing a legend: Los Gatos. Litto Nebbia recalled it like this: “Kay Galifi had gotten married in Brazil and did not want to return. So when I spoke with Ciro, I told him that he already had a skinny guy who played well. You just had to buy him a viola, because the one he had was bad ”.

It was with Pappo’s Blues that her creative personality finally emerged fully. The trio was born at the behest of the book and record publisher Jorge Álvarez. For this experience Pappo joined David Lebón and Black Amaya. The first album, released in 1971, contained songs that would become classics: El Hombre Suburbano, El Viejo, and Algo has changed. Billy Bond, the founder of La Pesada de Rock and Roll, characterized Pappo in this way: “Pappo’s music is basic, more open, pure. Most of us still have to go through the stage that he has already passed. Beat the technique, Pappo is giving things of himself. When he plays, he passed the barrier, no chiches, purity ”.

Soon the second album would come, alternating with recordings for La Pesada, in which Pappo, in addition to the guitar, played the piano. His friends at that time were musicians: Billy, the people from La Pesada, La Cofradía de la Flor Solar, whom he used to come to see assiduously in La Plata, and all the outcasts of national rock. Pappo, in one of his frequent jokes, referred to this whole conglomerate of life as La Banda de Pinturex. He believed himself to be a kind of comic book hero. “Everything is fraternity and guitar. Totally and humanely ”, he said. In those days he used to sing: “Where is freedom? I never stop thinking. Maybe they have it somewhere, which we will have to achieve ”.

Then he would travel to England, where he spent eight months touring with his music and making friends such as John Bonham, (the drummer of Led Zeppeling) and Lemmy Kilmister (the founder and vocalist of Motorhead). He would return to the country, to participate in Spinettalandia and his friends, a musical experience that Luis Alberto Spinetta opened after Almendra’s separation. Thus ended the musical prehistory of the greatest emblem of the sound of metal in our country. 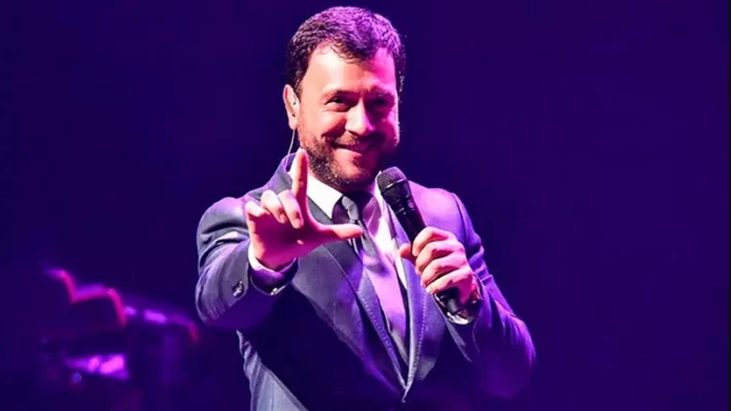 Lucas Sugo arrives in Puerto Mbiguá this November 20, and the tickets are available at ComprasMisión.com.ar 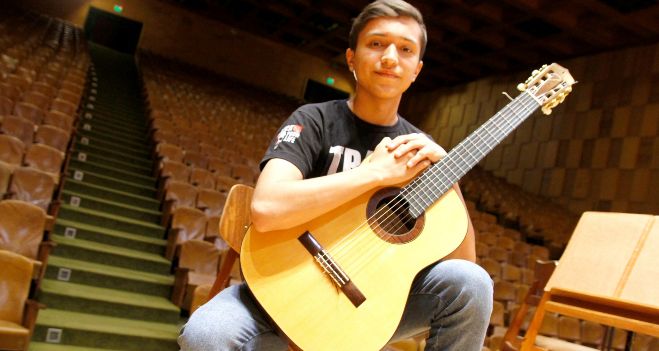