Dwayne “The Rock” Johnson at the premiere of Jumanji: The Next Level in the Sony Center on December 4, 2019, in Berlin, Germany.

Dwayne ‘The Rock’ Johnson posted a video immediately became viral in the exluchador of the WWE turned actor demanded to know where he is “our leader ” compassionate” in the midst of the unrest and protests because of the death of George Floyd in police custody on the 25th of may. “Where are you?”, start Johnson the video. “Where is our leader?”

“In this moment our country is on her knees, asking, begging, hurting, angry, frustrated, pained, pleading and imploring with open arms, only wanting to be heard,” said Johnson. “Where is our leader for the compassionate, that is going to give him the face of our country that is kneeling, and going to draw out the hand and say: ‘stand up. Get up with me. Get up with me because I understand you. I understand you. I hear you. I’m listening to. And you have my word that I will do everything in my power until the day of death, my last breath, to do everything possible to create the change that is needed”.

The transcript of the video reads as an open letter to president Donald Trump. The video has been watched over 10 million times on Instagram. A large number of celebrities and influencers commented on the video expressing their support, including celebrities like Jack Black, Josh Gad, and Nick Viall. In the last ten days, celebrities have made numerous statements about the death of George Floyd and the protests against police brutality and racial injustice that have taken over the country. According to USA Today, The Weeknd, Keke Palmer, Blake Lively, Chrissy Teigen, George Clooney, Jay-Z, Gigi Hadid, Jane Fonda, Lady Gaga, Beyoncé and even the Commonwealth of Nations, headed by queen Elizabeth II, all measures have been taken, donated money or spoke out about racial injustice and the death of George Floyd.

Friday night, rumors circulated that Trump had been moved to a bunker insured at the White House in the midst of the protests in Washington D. C. When questioned if he was in and bunker at Fox News Radio, Trump responded: “it Was a false report. He was not down [en el búnker]” according to CNBC. Trump later changed its statement, saying: “I Went down during the day and I was there for a short period of time and was a lot more to an inspection, there was no problem during the day”.

On Monday night, Trump returned to the headlines after the police would clear protesters in the streets around the White House using tear gas and rubber bullets, according to images from the live video from the scene. The president then made comments and took pictures with a Bible outside of the Church Episcopal St. John. The incident received strong criticism. 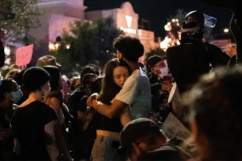 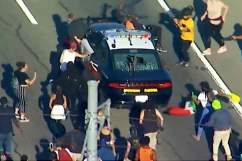 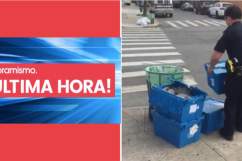 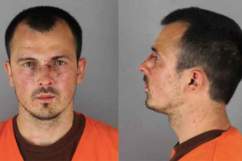