They confiscated 36 bitcoins that are now worth ten times more

One of the premises of those who invest in Bitcoin is to keep them. Do not sell even if its value falls because in the long term it will rise again and it will do so even more. Whether this is true or not is unclear, but the Swedish authorities did. They managed to increase the value of 36 bitcoins by ten. The problem? They were not his, but those of some drug dealers to whom the money must now be returned.

In April 2019, the Swedish authorities convicted three men who sold drugs online. At the same time, they seized a total of 36 bitcoins generated from the sale of drugs. The prosecutor, at that time, decided that traffickers should pay the state about $ 150,000, which was the value of 36 at that time.

So far it is normal. When authorities confiscate cryptocurrencies or other assets, they generally it is about converting the value to a fiat currency to have a standard. The problem is that the Swedish authorities did not make the change at the moment, but waited two more years until now. 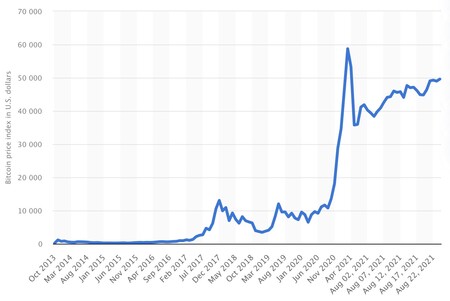 The authorities have kept the $ 150,000 they sued in 2019 for the conviction, however, they cannot keep the extra $ 1,350,000 because at the time of applying the sentence they decided to apply it for the value of bitcoins at that time and not for the 36 bitcoins itself.

As a result, the money will now have to be returned to the drug dealers. A play that has gone well for them, but not for the authorities. They decided to play it safe and keep the $ 150,000 back then, regardless of how Bitcoin fared in the future.

In his defense, the authorities indicate that this case was one of the first in Sweden that had to deal with cryptocurrencies. They also admit that at that time they did not have all the necessary knowledge about Bitcoin, nor any guidance for prosecutors on how to handle these matters. Lesson learned.