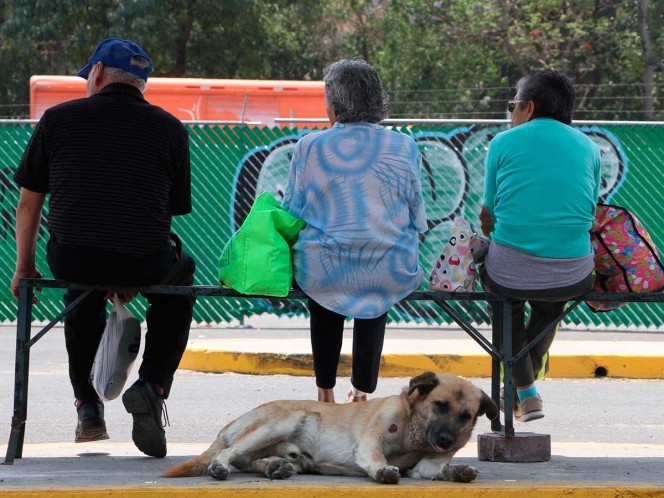 In the CDMX it is estimated that there are 1.2 million dogs in the street and organisations warn that it may increase the number during the quarantine for the Covid-19. Photo file: Cuartoscuro

Groupings of veterinarians warned of a possible increase in pet abandonment during the health emergency by Covid-19, among other reasons, to the wrong information about the infection from animal to human, and the lack of supplies to feed them.

Aída Beatriz Álvarez Salas, of Colleges of Veterinarians in companion animals and exotic species, stated that they have had knowledge of the abandonment of pets in Iztapalapa for the fear that they might be carriers of the coronavirus.

You may be interested: Rule out that coronaviruses affecting pets

He did not rule out that such a situation will increase as the weeks go by an important factor: the lack of economic resources for their maintenance.

He also pointed out the false information about infections animal-human, that is to say that cats and dogs can spread the Covid-19.

Clarified that in the event of a pet passing on the virus would be in the case of the owner is contagious and it emits a saliva and/or mucus on the fur of the pet, and it would become a factor of infection for people, but it is a remote location.

“They can be vectors at specific times, this means that if we are close to an animal and a sick person is coughing and those spit fall on the animal’s fur in a rare case could be a vector of contagion, but it is not suffering from, or transmit the disease.

Another factor of abandonment would be the lack of employment and economic resources, to keep pets, so he added that in the next few weeks, civic groups could support to people who require it, to avoid that they leave their pets.

You may be interested: This is the face of ‘chocolate’ that your dog needs

According to national statistics more than 25 million dogs and cats in Mexico are living in street situation, which could cause parasitic diseases to the human being and cases of rabies.

Other information referred to in the Brigade Surveillance Animal of the Citizen Security department of Mexico City estimated that only in the mexican capital would have close to one million 200 thousand dogs in the street.

For its part, the National Institute of Statistics and Geography (INEGI) indicates that 57 of every 100 mexicans have a pet, and only 30 percent of pets in Mexico have a home, because 70 percent of the total population, which is estimated more than 25 million lives in the street.