From today, El Salvador becomes the first country in the world to accept bitcoin as legal tender. A movement approved last June at the proposal of Nayib Bukele, president of the country and the main promoter of this initiative.

To launch the use of bitcoin, El Salvador has developed its own electronic wallet and has announced the acquisition of an additional 200 bitcoins. A total of 400 bitcoins that will be used to give each citizen a bonus of the equivalent of 30 dollars in the cryptocurrency through Chivo, the official application of the Salvadoran Government.

The objective of accepting bitcoin as an optional payment method will serve to “open more business opportunities for all types of businesses, reduce costs and attract tourists from anywhere in the world,” according to the Government itself.

From this moment on, El Salvador becomes the first country in the world to have the #Bitcoin as legal tender. 🇸🇻😎#BitcoinDay 👊🏼 pic.twitter.com/PKC7xchGpp

Those citizens who want to use bitcoin can do so through Chivo Wallet, the wallet created for such a task. As they explain, they may convert your cryptocurrencies to cash immediately and commission-free.

“Like all innovation, the bitcoin process in El Salvador has a learning curve. Every road to the future is like that and not everything will be achieved in one day or one month,” Bukele explained.

The cryptocurrency community has welcomed this movement, as is the case with wallets such as Binance.

An initiative that will allow the 6.4 million inhabitants of El Salvador to join Bitcoin. However, it does not seem like an easy task, since according to CNN, more than 70% of its workforce does not have a bank account.

The purchase of 400 bitcoins is the equivalent of about 17.3 million euros, according to the current price. In total, this represents 0.28% of the General Budgets of El Salvador for 2021, amounting to 7,453.2 million dollars. The government of El Salvador plans to create a $ 150 million fund as a security measure to ensure convertibility.

The law establishes that citizens may pay taxes in bitcoin and the stores will also display the prices in this currency.

The Central American Institute for Fiscal Studies has been critical of this initiative, considering that “one of the first risks that we had noticed is that the costs of this experiment who pays it is the population“In the case of the International Monetary Fund (IMF), it has been warned that the adoption of this cryptocurrency could increase regulatory risks and they warn that” it has a series of financial and legal issues that require very careful analysis. “ 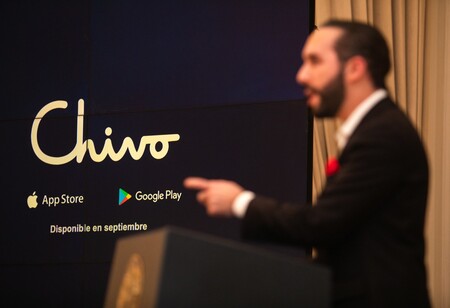 One of the tools to accompany this bet on bitcoin is Chivo. The Salvadoran government has installed about 200 Chivo ATMs throughout the country to be able to operate with these cryptocurrencies and make changes.

Chivo can be understood as a word designated to speak of something that is “cool”. Is the name of this official digital wallet. An application already available in the Huawei App Gallery and is currently under review within Google Play and the App Store. Despite having been put into legal operation today, the application not yet available in major mobile app stores. 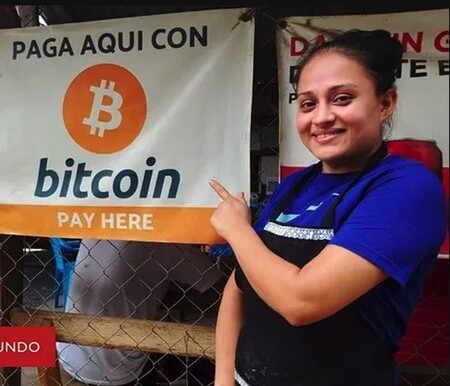 The Government of Bukele has work ahead for the adoption of this tool. According to several surveys of the University Institute of Public Opinion of the Central American University, 78.3% indicated that they were not interested in downloading it, despite the $ 30 initial reward.

In Engadget | Bitcoin, blockchain and cryptocurrencies, explained in a simple way (and on video)

TECHNOLOGY / The role of bitcoin and ethereum in the crypto market

Ripple and the SEC seek an extension of the period of discovery of experts, among others