Marcelo Tinelli was within a signing of presenting himself as Claudio Tapia’s successor to the presidency of the AFA. In May 2021, the General Inspection of Justice (IGJ) had drawn up a draft that forced the mother house of Argentine soccer to call elections. The television host had the unrestricted support of President Alberto Fernández. At some point, he believed it possible to make that dream come true that had been truncated with the famous 38-38 in December 2015. Seven months later Tinelli was left without the AFA, without the Professional League and is on leave from his position in San Lorenzo. So close so far.

“It’s you, Marcelo.” With the scenery of the villa in Olivos in the background, President Alberto Fernández reassured the creator of “Showmatch”. It was May 2021. The complaints from New Chicago and of San Martin de Tucumán against the AFA for irregularities in the assembly that re-elected Claudio Tapia until 2025 they waited for a final ruling at an IGJ desk. It was the key to calling elections. Tinelli, allied with Fernández, felt he could beat the United Ascent of Tapia.

But while the television host was dedicated to the audiences with power, the clubs of the Professional League, who had voted for him to defend them and solve problems for them, they saw that their management was invisible. He was rarely in his Puerto Madero office; Rarely did he appear at League committee meetings. Tinelli’s head is multitasking: from businessman to television entertainer and then, only afterwards, football manager. “He fell for lack of presence. And because it didn’t solve the things that had to be solved ”, says a leader who spends more time thinking and evaluating the board than talking. “He did not manage, which was the fundamental reason for his coming to power”, continues the fountain.

There was a photo that made noise in many clubs. Tinelli, a man with a master’s degree in television, was absent from the meetings in which it was decided to extend the contract with Disney-Fox Sports until 2031: the famous $ 45 million key signed at the beginning of last year. They negotiated the company … and the AFA, represented by Claudio Tapia and Pablo Toviggino, his right hand. Close to Tinelli they argue that “they ran him.” The clubs that voted for him support their discontent: “He had to have been there and landed the best possible contract!”

2021 was just starting and the alarm had already sounded: “If you were not with this on television, which is your thing, how will you do with the rest?” Anyway, nobody was shouting anything in public. “What we had to say we discussed in committee meetings. Some virtual, others face-to-face. Although it did not appear in the press, the discontent existed “, says a representative of a Buenos Aires club before the Professional League. Tinelli may have underestimated that claim for more presence; of more concrete facts.

“His management in San Lorenzo did not help him either”, says another leader with specific weight in the Professional League. Perhaps for this reason, and to avoid a greater evil, someone with power and a large contact list advised him to step aside. A license in the presidency of the Cyclone was the best to “decompress”. It was also a sign towards his peers. Now, then, he could dedicate himself to the League. One less problem for your multitasking head.

But there was no case. His relationship with Tapia had been broken for a long time by the IGJ affair. The San Juan from Barracas Central had him in his sights. He knew that if he stayed in Viamonte there would be revenge. He had to wait for the occasion. And “Chiqui” has the ubiquity gene in his blood: being in the right place at the right time brought him to power. Conclusion: Tinelli spent several months without being able to achieve a “work meeting” with the AFA to resolve an agenda of 16 vital issues for the future of the clubs. “Obviously, I can’t get it, so I enable them to negotiate for me”, he told his peers at a Professional League committee meeting.

Sergio Rapisarda, Secretary General and President of Vélez, became its Chancellor. The League lobbied through a letter in which it listed the pending issues with the AFA. There was a meeting in Viamonte. There was even a photo and hugs between representatives of both entities. But there were no concrete advances in management. “These issues are resolved in 10 minutes with the will to work,” they say in the AFA. They remain unfinished.

Tinelli also did not make an effort to do tinellism. While Tapia is Droopy, it multiplies, receives all the clubs of the football pyramid, is active in social networks and opens its office on the Ezeiza campus to anyone who wants to consult it, Tinelli prefers her celebrity outfit– Post photos of your show, your new haircut, or your vacation in Punta del Este. Of his executive role in Argentine soccer, little and nothing. In fact, he gave very few interviews as president of the Professional League. And he is reminded of a handful of public speeches talking about football, such as the one that occurred on the occasion of the restart of activity during the pandemic in the draw for the League Cup, in October 2020. For many, Tinelli was an invisible president.

The absences from the committee meetings (his detractors blame him that it was barely 3 out of 27, but they overlook that the AFA did not even meet in person) were transferred to the field: He was not, for example, in the delivery of the Champions Trophy to River, after the match played in Santiago del Estero. “He underestimated the presence. If he had gone to that game and to the final of the Argentine Cup, he was still president of the league. Nobody would have encouraged anything, “says the president of a first-rate club. “He had to have done more things and the support of Alberto Fernández was not enough,” he adds.

Beyond his multiple occupations, near Tinelli they assure that the driver (and future former president of the Professional League) maintained a cordial treatment with all his peers of the highest category. That he responded to their messages even if at some point he could not answer them. Perhaps that closeness has been fictitious. “Tinelli never saw what happened coming. One thing is discontent and another, different, is a blow. He never believed that his number 2 (Cristian Malaspina, president of Argentinos Juniors) and his number 3 (Hernán Arboleya, former vice president of Lanús) were going to write a letter to turn it over without a single previous meeting ”, analyzes another informant. Strictly speaking, those who promoted the removal gave Tinelli a dose of your own medicine: They did not tell him that they were going to get him in person. And another detail: the request for removal is endorsed by the statute of the Professional League. The 18 signatures that this famous letter had gave it even more entity. And it was a kind of death certificate for the President Tinelli.

“Nobody wanted a De la Rúa in Argentine soccer. They asked us to wait ”. With that phrase, a leader who expressed his discontent against Tinelli justifies the last semester. They did not want him, they had taken his support, but the phones had rung and they had to keep it. They asked for it from the Casa Rosada and, it is known, football has too many deals with political power to refuse such a request. That alliance between Tinelli and Alberto Fernández prevented a much more traumatic exit. The president even advocated an end “within the institutional framework.” No hitting in football. The call for early elections became, then, the best option. Without confrontation. For the good. And with the energy focused on agreeing on a list of unity for what is to come. Tinelli fell, and leaves a curious curriculum: of the seven terms for which he was elected, he resigned in four and in the other three he asked for a license. 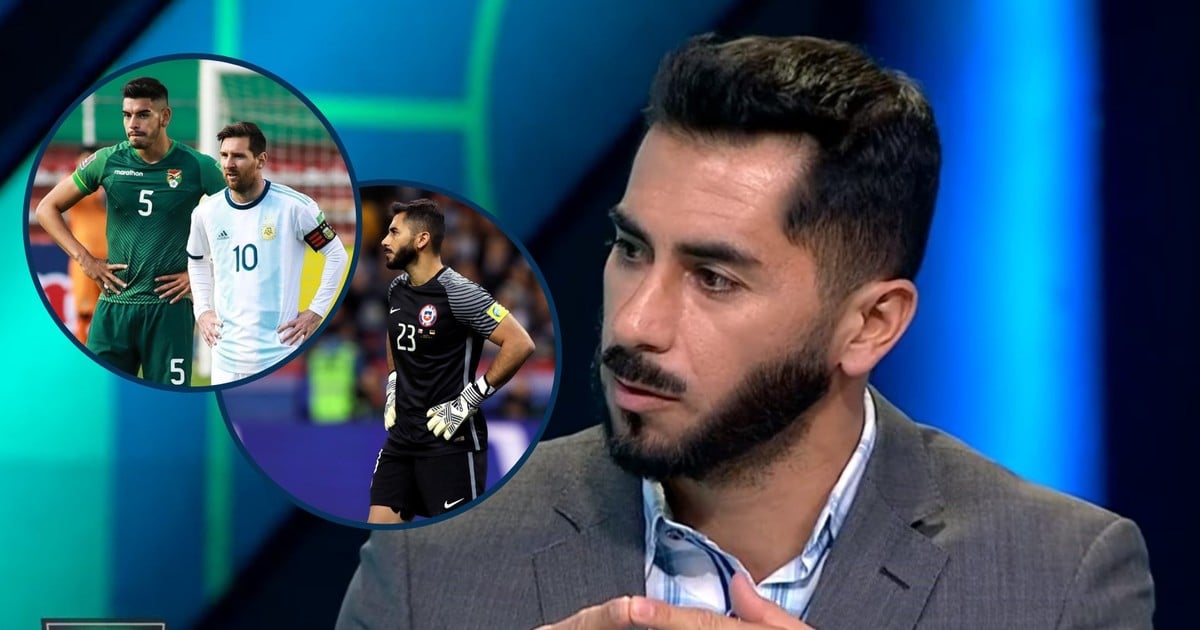 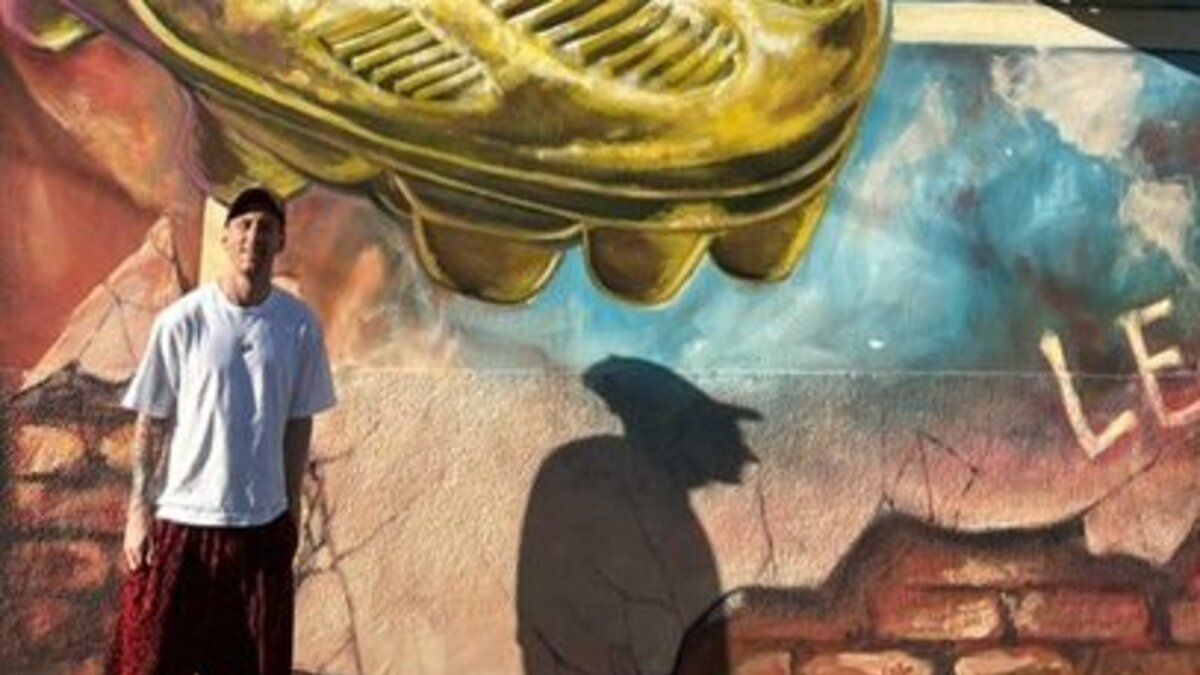 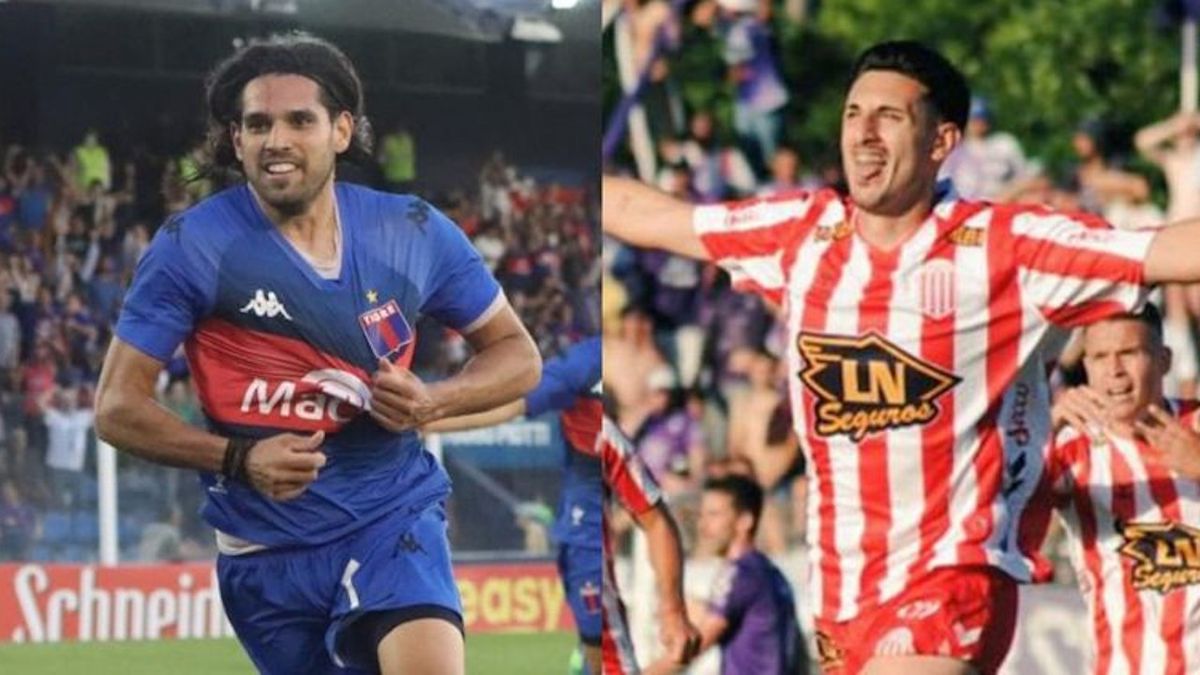 Tigre and Barracas Central define the first promotion to the LPF

Riquelme rubs his hands: Boca’s future reinforcement comes from playing a great game at his club