The Indec will release today the inflation data for October and will be higher than 3%, as the Government anticipated

While the Government continues to insist that inflation will tend, at some point in the coming months, to slow down, hand in hand with limited increases in regulated services and the exchange rate, the market foresees a completely opposite scenario: inflation will tend to accelerate between the end of this year and the beginning of next and the floor that all economists project for 2022 is 50%, with a wide possibility that it will be between 60 and 70%.

In fact, Today the Consumer Price Index (CPI) for October will be known and even the Government itself has already hinted that it will exceed 3% through recent statements by the Secretary of Internal Trade, Roberto Feletti. Private consulting firms, meanwhile, place it at around 3.5% as a result of the incidence of seasonal products such as fruits and vegetables; schools, prepaid and clothing, which would once again reflect a significant monthly increase, as happened in September.

In turn, the projections for November and December are not more encouraging. For this month, a 3% inflation floor is also expected, which could escalate in December, a period in which prices accelerate seasonally as a result of the Holidays. Finally, the year would close between 50% and 52% and mark a floor for next year, in which there will be no margin – according to specialists – to continue delaying the exchange rate and rates. The Government used these two anchors this year to try to consolidate a disinflation process that never materialized, but the minimum scenario observed in the market is that in 2022 both variables must, at a minimum, accompany inflation.

“Once the inflation target for this year has been exceeded, the Executive Branch foresees a ridiculous 33% for 2022. Our estimate for the remainder of the year is around 50%, while for next year, in an optimistic scenario , inflation would be around 60%, while in a pessimistic one, closer to 80% “, the Fundación Libertad y Progreso anticipated in a recent report.

One of the reasons they put forward is that the fiscal deficit – estimated at 3.3% of GDP in the Budget – will be financed with more monetary issue than expected. In turn, the reduction of energy subsidies to 1.5% of the product will imply a rise in rates and will have a direct impact on the price index. And the impossibility of continuing to delay the exchange rate is another variable that will play against official intentions to reduce inflationary levels.

“The electoral strategy of stepping on the exchange rate as an inflationary anchor has a limit. The exchange rate appreciation cannot be eternal and both the Minister of Economy and the President of the BCRA know it. The question is whether the adjustment is going to be discrete (a devaluation by a high percentage of the exchange rate) or gradual (acceleration of the devaluation of the daily exchange rate above inflation)“, Held Diego Piccardo, economist of the foundation. The analyst hopes that an agreement with the IMF will give some support to the relative price adjustments that the economy needs, which would prevent inflation from “running amok,” he said.

“This year, inflation will close around 50% and in 2022 it will be higher; It could be 60%, but that number has a very large variability, since there are still many unknowns ”(Francisco Gismondi)

For Lorenzo Sigaut Gravina, from the consulting firm Balances, “There is not much chance that inflation will fall in 2022, since the floor (50%) is high”. Although next year there would not be so much pressure from international prices because the central banks are reacting by raising the interest rate, the inertia will be high and just by decoupling rates and the exchange rate, inflation will be a little higher ”.

According to a report from the Monetary Fund in the middle of the year, the equilibrium exchange rate was the one in December 2020; and to arrive at those values, you should better 15% in real terms. That is, 15 points above inflation. In turn, in order to have savings in energy subsidies of 0.2% of the product, the rates should grow 20% in real terms. If progress was made along this path recommended by the agency, with which Argentina must sign a debt restructuring before March, inflation will quietly escape to 70% in 2022. If, on the other hand, there is a real but lesser recomposition, the number could range between 55% and 60%. This would be the mixed scenario that they imagine in Equilibra. In addition to this scenario, there will be some imported inflation, inertia is high and the government will be weakened to coordinate downward expectations, said Sigaut Gravina.

He agreed with this point Guido Lorenzo, of LCG, although he noted that it is not exempt from having another year of freezing that increases distortions and that they have to be corrected later. Under a scenario in which the exchange rate and rates do not continue to lag behind, inflation should be around 60%, since inertia and international inflation will be added. While, Gabriel Caamano, from Ecoledesma, argued that inflation will remain high in both November and December – with a floor of 3% – and will accelerate after the elections, since “something will have to do with the exchange rate and rates” . Regarding freezing in food, he remarked that it “buffers something, but on the margin.”

“This year, inflation will close around 50% and in 2022 it will be higher; It could be 60%, but that number has a very large variability, since there are still many unknowns. The justification for this number is that we see a much higher issuance towards the end of the year due to the release of the fiscal deficit, but also because in 2021 there was a very large contention of rates and dollars that can hardly continue to be maintained “, said the macroeconomic director of Empiria, Francisco Gismondi.

“In 2022 they will not have the trade surplus dollars that they had in 2021 because international prices begin to decline. For this reason, we have to wait for some fiscal adjustment, rate increases, an acceleration of devaluation and an inflation rate that will remain above 50% ”(Juan Luis Bour)

At EcoGo they work with a scenario for 2022 of 66% inflation for the same reasons (rates, dollars and fuels). According to the economist Milagros Suardi, The official dollar moving at a monthly rate of 1% is not viable compared to the level of reserves in the Central Bank, the expiration schedule with agencies and the need to close an agreement with the Fundor. In this sense, they project an inflation that will step on the accelerator in the first half of next year and that in the second begins to ease.

In FIEL they estimate that the price increase will be around, in a very prudent scenario, between 50% and 55%, although it will depend on the policies that are finally adopted. In any case, the economist Juan Luis Bour argued, like his colleagues, that “there is not much room to continue delaying the exchange rate and freeze prices. Nor so that they do not adjust rates for fiscal reasons, since the fiscal spills into the monetary. On the other hand, they will not have the trade surplus dollars that they had in 2021 because international prices are beginning to decline ”. “For this reason, we have to wait for some fiscal adjustment, tariff increases, an acceleration of devaluation and an inflation rate that will remain above 50%,” he said.

The dollar in a new historical record: the free price rose to 205 pesos
They warn that the rise in inflation in the US will impact on the price level and the Argentine economic recovery 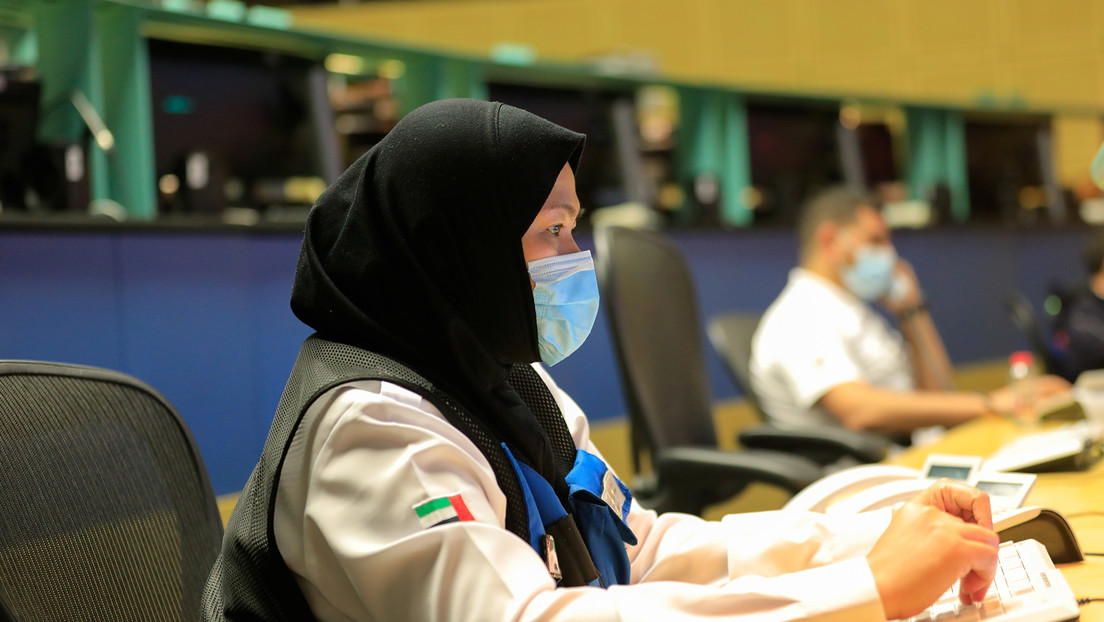 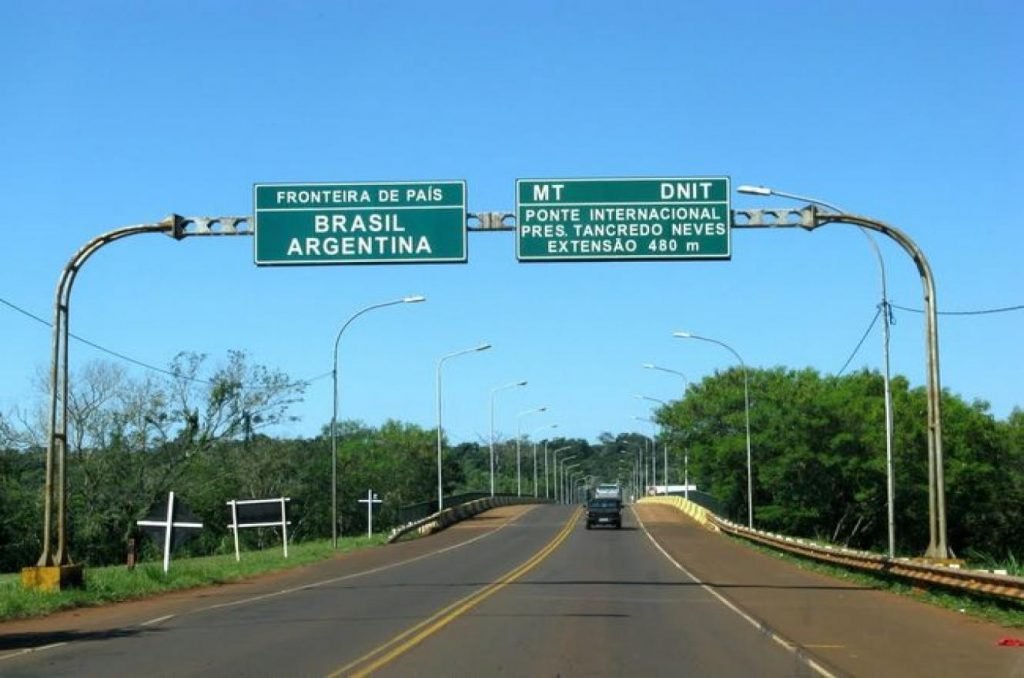