According to US Intelligence, Russian troops would cross into Ukraine from Crimea, the Russian border and through Belarus, with around 100 battalion tactical groups (Vasily MAXIMOV / AFP / Archive)

The United States shared intelligence with its European allies showing a build-up of Russian troops and artillery poised for a rapid and large-scale invasion of Ukraine from multiple locations., amid Washington’s mounting concerns about the possible intentions of Russian President Vladimir Putin.

The United States relayed that intelligence, which includes maps, with some NATO members last week., according to sources familiar with the matter revealed to Bloomberg.

According to intelligence collected by the United States, Russian troops would cross into Ukraine from Crimea, the Russian border and through Belarus, with about 100 battalion tactical groups, potentially around 100,000 soldiers, in an operation that would be carried out on rough terrain and in adverse weather conditions. It would be a potentially prolonged occupation, according to the information.

According to two sources cited by the US media, about half of that number of tactical groups were already in position and that any invasion would be backed by air support.

A BTR-82A armored vehicle during military exercises organized by the Baltic Fleet forces of the Russian Navy at the Khmelevka firing range on the Baltic Sea coast in the Kaliningrad region, in 2019 (REUTERS / Vitaly Nevar)

What’s more, Russia secretly summoned thousands of reservists on a scale unprecedented in post-Soviet times. According to sources, the reservists would have the objective of securing the territory after the tactical battalions paved the way.

The United States also shared information about an exponential increase in disinformation against Kiev. and that Moscow had recruited agents to try to destabilize Ukraine.

The concentration of Russian troops near Ukraine has puzzled US officials and has complicated the response of the Joe Biden administration, following the imposition of sanctions on Russia for its role in conflict Ukraine, cyber attacks on US infrastructure, and interference in US elections.

Some Republican lawmakers have been pressuring the United States to step up military support for Ukraine. But it could turn what may be a simple Putin show of force into a full-blown confrontation that only increases the danger for Ukraine and could trigger an energy crisis in Europe.

But a weak American response carries its own risks. It could encourage Putin to take more aggressive action against Ukraine as fears grow that it may attempt to seize more of its territory. And it could cause more political damage to the president Joe biden at a time when its popularity is falling.

Knowing how to strike the right balance would be easier if the United States had a better understanding of what Putin is trying to achieve. But senior officials admit they don’t know.

“We are not sure exactly what Mr. Putin is doing.”said the Secretary of Defense last Wednesday Lloyd Austin. A week before, the secretary of state, Antony blinken, said: “We are not clear about Moscow’s intentions, but we know their playbook “, alluding to the Russian strategy of gathering forces near the border and then invading, “falsely claiming that it was provoked ”.

The representative Mike quigley, a Democrat from Illinois and a member of the House Intelligence Committee, said that a better understanding of Putin’s intentions was critical. “to avoid the mistakes that have started great wars “.

Any response from the United States must be calibrated to avoid being “A pacifier or a provocateur”, said.

“This is a difficult area, difficult to try to obtain information”, said. “It is a challenge that is as tough or more difficult than it has ever been. It has a pretty serious impact on our ability to make the right decisions. “

Russia seized the Crimean peninsula in Ukraine in 2014 and an ongoing conflict in eastern Ukraine between Kiev and Russian-backed rebels in the region known as Donbas has left an estimate of 14,000 dead.

America’s allies are also increasingly concerned. The Secretary General of NATO, Jens stoltenbergsaid on Friday that the alliance is experiencing a “Unusual concentration” of Russian forces along the Ukrainian border, warning that Moscow used the same kinds of forces in the past to intervene in neighboring countries.

Although US officials do not believe an invasion is imminent, Putin has also stepped up his campaign against an independent Ukraine. A lengthy essay published by the Kremlin in July states that Ukrainians and Russians are “one people” So what “The true sovereignty of Ukraine is only possible in association with Russia.”

But the measures could also be a saber rattling to prevent Ukraine from moving closer to the West or to be admitted to NATO, something that Putin strongly opposes. It is unclear whether Russia would risk invading Ukraine, unleashing a much more difficult war, or wanting to occupy hostile territory.

A similar Russian military build-up in the spring did not lead to an invasionAlthough lawmakers and officials say they are more concerned now, citing US intelligence.

Russia denies aggressive motives, insisting it is responding to increased NATO activity near its borders and to strengthening of the armed forces of Ukraine.

The White House said it hopes to reduce tensions. “As we have made clear in the past, intensive or aggressive actions by Russia would be of great concern to the United States,” a spokesman for the National Security Council said in a statement.

There has been a wave of diplomacy in recent weeks. American leaders have met with their Russian and Ukrainian counterparts, including a visit from the CIA director, William burns, to Moscow during which he spoke with Putin by phone. Germany and France have issued a joint statement affirming their support for Ukraine.

The Russian Foreign Intelligence Service (SVR) denied Western accusations on Monday that Moscow is planning an invasion of Ukraine. “The Americans are painting a terrifying picture of hordes of Russian tanks that will begin to crush Ukrainian cities, saying that they have ‘reliable information’ of Russian intentions,” the SVR said in a statement to Russian news agencies, stating that the accusations are “absolutely false”.

(With information from Bloomberg and AP)

The United States denounced Russia’s actions in Ukraine: “We are very concerned”
Tension in Eastern Europe: Pro-Russian separatists kill a Ukrainian soldier
Russia increased tension with the United States and accused it of “hysteria” over the conflict in Ukraine 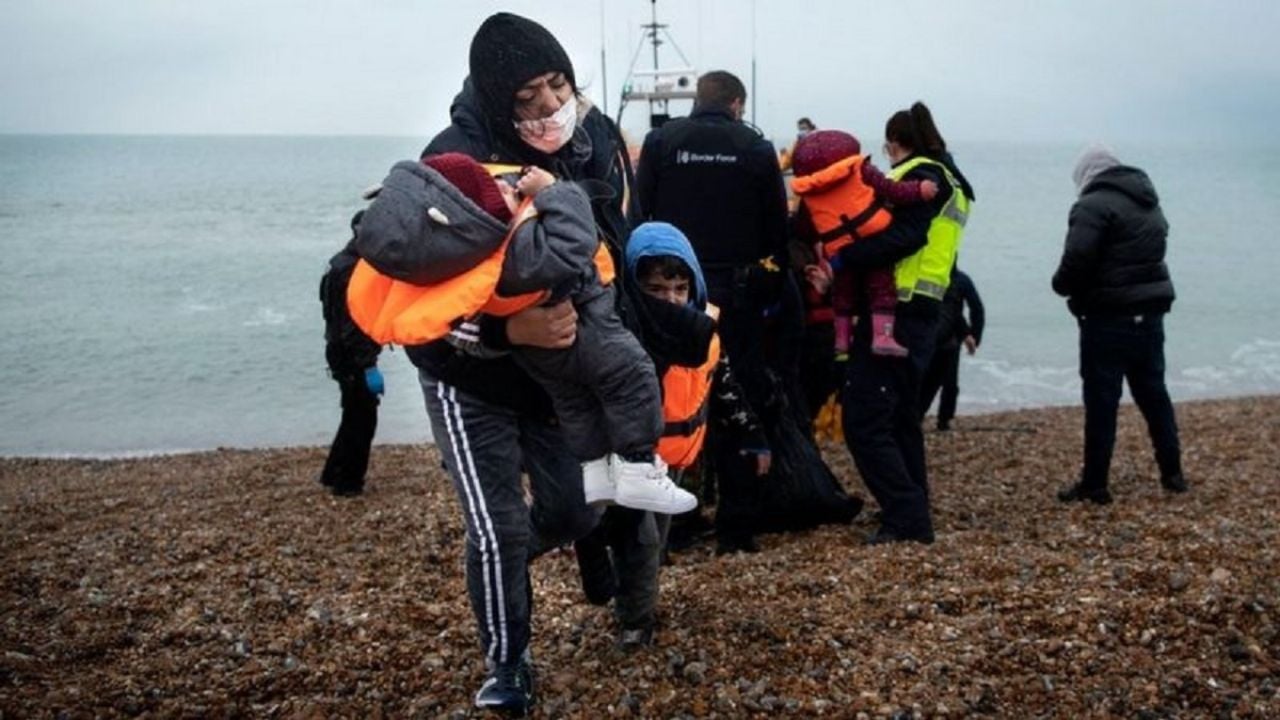 What is happening in the English Channel, the center of a diplomatic dispute between the United Kingdom and France 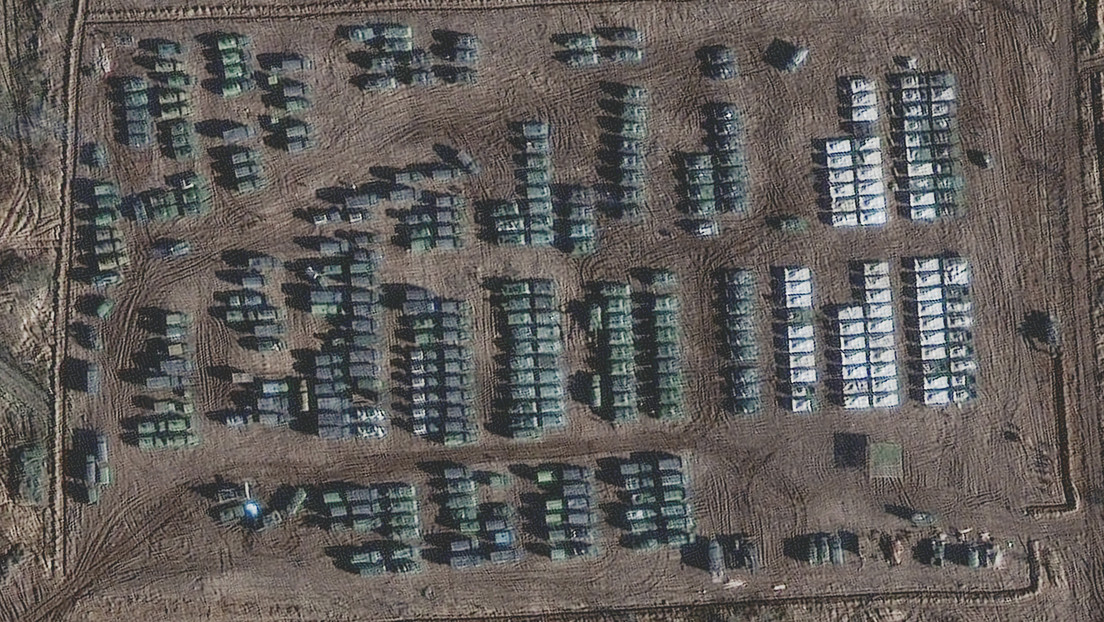 US media report on the deployment of Russian troops near Ukraine, but both Moscow and Kiev deny it and call it disinformation 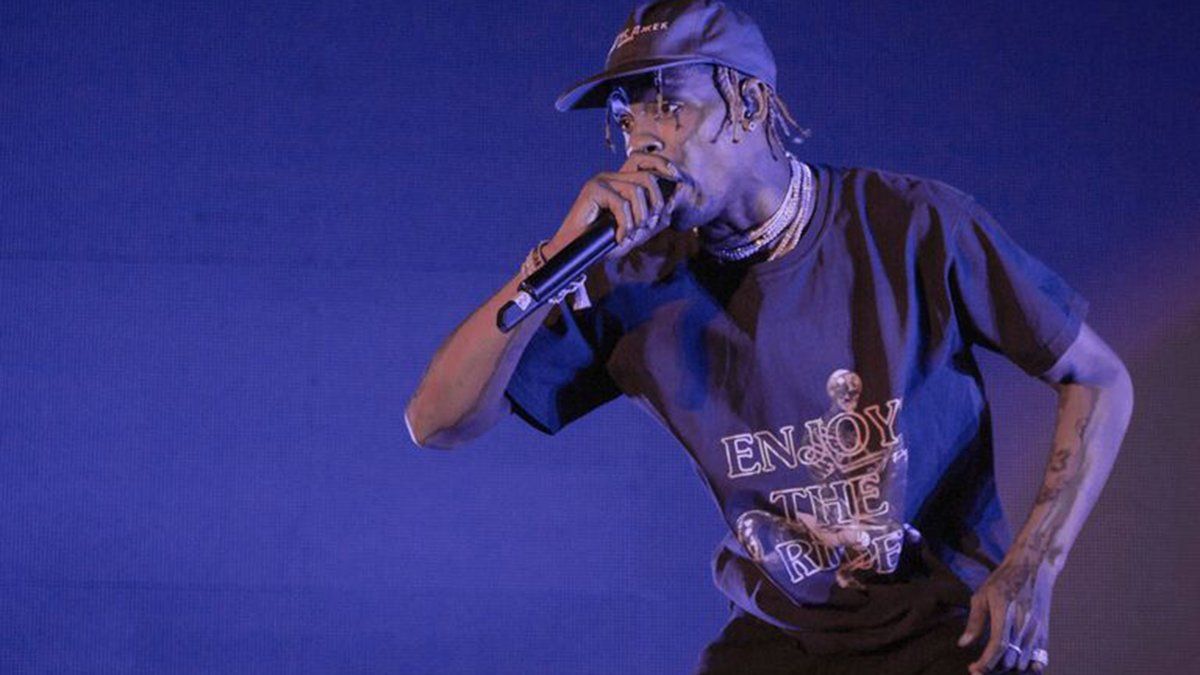 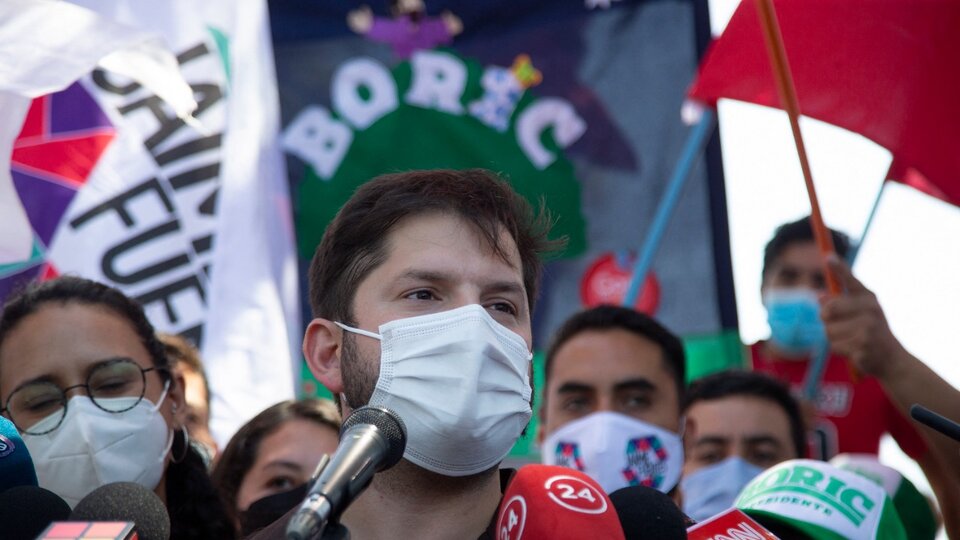 Chile: Gabriel Boric promises to “do politics from the street” | Closure of presidential campaigns