The presidents of the United States and Russia held a videoconference that lasted about two hours in the context of an escalation of tensions between Ukraine and Russia. The virtual meeting between Joe Biden and Vladimir Putin was behind closed doors. After the meeting the White House reported that Biden expressed “deep concern” of the United States and its allies for the “Escalation of Russian forces around Ukraine”. In addition, they noted that Washington and its allies would respond with “Strong economic and other measures in case of military escalation”. While Moscow denounced the growing military armament of the NATO countries on the Russian border.

Against the backdrop of the situation in Ukraine, Biden and Putin held an extensive dialogue on Tuesday. Although no details were released about the conversation between the leaders, the White House issued a statement after the meeting. Washington affirmed that the allied countries would carry out strong economic measures in the face of what they consider “the escalation of Russia”. In that line, Biden reiterated his support for “Ukraine’s sovereignty and territorial integrity”, in turn asked for a “De-escalation and the return to diplomacy”. The White House also reported that both Putin and Biden entrusted their teams with monitoring matters related to Ukraine.

Meanwhile, the Kremlin denounced the growing military potential of NATO on its borders. Putin asked for guarantees that the alliance will not expand eastward. “NATO is making dangerous attempts to use Ukrainian territory and is developing its military potential on our borders, and that is why Russia has a serious interest in obtaining secure legal guarantees that rule out NATO expansion in the east. ”

Regarding threats of sanctions from Washington in the event that Moscow launches a military operation against Ukraine, the Russian president replied that “Russia should not be made to bear the responsibility”, indicated from the presidency. At the top Putin denounced “the destructive line of Kiev” and noted that Ukraine seeks to “dismantle” the 2015 Minsk agreements on the peace process to end the conflict between Ukrainian forces and pro-Russian forces in eastern Ukraine.

USA and its allies

After the summit with Putin, Biden reported that he will call the leaders of France, Germany, Italy and the United Kingdom to update them on the conversation he had with the Russian leader. The day before the US-Russia summit, Biden had a teleconference with French President Emmanuel Macron; the outgoing Chancellor of Germany, Angela Merkel; the Prime Minister of Italy, Mario Draghi; and British Prime Minister Boris Johnson. The leaders discussed their “shared concern” over the arrival of Russian military personnel to the border with Ukraine.

Meanwhile this week at a press conference White House spokeswoman Jen Psaki was asked about the sanctions with which Biden would threaten Putin. “These are not threats,” Psaki said. “When it comes to financial sanctions, we have consulted extensively with our allies and we believe that we have a path that would inflict significant and severe damage on the Russian economy. You can call that a threat. You can call it a fact. You can call it preparation, whatever you want to call it. ” Some media such as CNN and the Political portal speculated that between the sanctions, Washington would exclude Russia from the SWIFT bank identification system in case it carries out an invasion of Ukraine.

For his part, before the meeting, Russia’s presidential spokesman, Dmitri Peskov, stated that “No progress should be expected in this conversation, it is a work conversation in a very difficult period that is unfolding”. “We see numerous hoaxes being thrown about Russia’s alleged planned ‘aggression’ against Ukraine. At the same time, we did not hear a single word addressed to Ukraine, not a single warning to Kiev that it should not even think about initiating a military settlement of the situation in the southeast“Peskov pointed out to the RT signal.

He added that the dialogue makes sense despite Washington’s negative spirit. Regarding the threats of sanctions that occurred in the US media, the Kremlin spokesman said that he had no direct confirmation from the White House on more anti-Russia sanctions. “We know well that the US side has an addiction to sanctions,” he said.

The border between Russia and Ukraine

From Washington, NATO and Ukraine point to Moscow for deploying troops on the border with Ukraine with the aim of attacking it. While from Russia they accuse NATO of reinforcing its presence in the North Sea and of supporting Ukraine’s plans to join the North Atlantic alliance. The Kremlin has rejected the accusations that they plan an invasion of Ukraine, while considering that these accusations are used as a pretext to deploy more NATO military equipment near Russian borders.

Other points of the summit

In the statement of the Russian presidency they also indicated that Putin proposed to Biden withdraw the measures against the diplomatic missions that both countries were taking in a context of tension. In this sense, from Moscow they indicated that relations with Washington “They are not in a satisfactory state”. On the other hand, leaders also agreed to work together against cybercrime and they also expressed their desire to continue the conversation about the Iranian nuclear program. Putin expressed the importance of implementing the Joint Action Plan (JCPOA) that was originally agreed upon. “The leaders expressed their hope that the talks on this issue, which resumed in Vienna at the end of November, will be constructive and allow reaching decisions that are acceptable to all participants,” the Kremlin said in a statement quoted by the TASS agency. . The claim in “support for the Cuban people” that united Macri, Bullrich, López Murphy, Milei and Espert 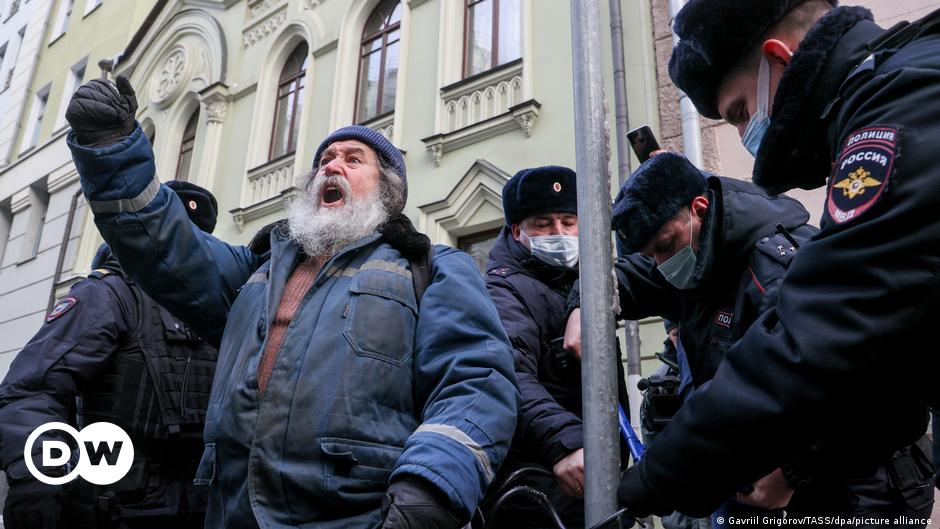 US, UK, EU, Australia and Canada reject closure of Memorial | The World | DW