MEXICO CITY.- The Secretariat of Health reported that at the court of April 3, there are a thousand 688 confirmed cases of COVID-19 in Mexico. In addition, they added that they were recorded 10 deaths in the country.

Up to the time reported 5 thousand 398 suspected cases and have been ruled out 8 thousand 602 tests. 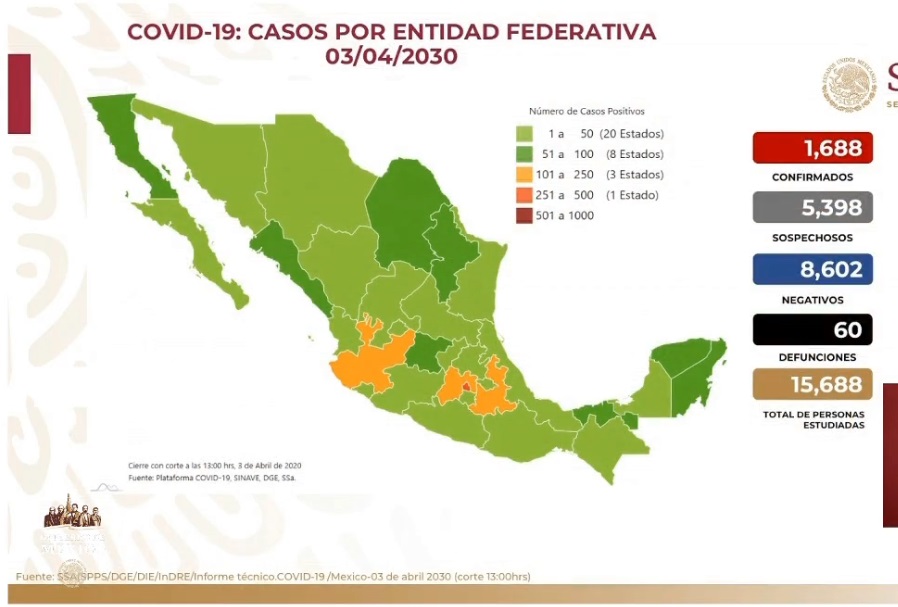 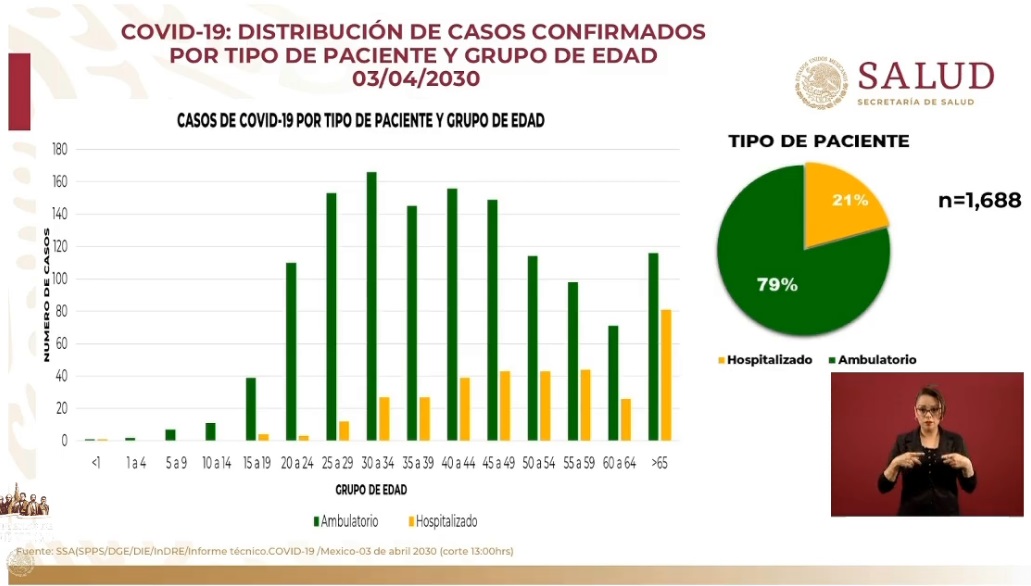 On deaths, the City of Mexico tops the list with 15, followed by Jalisco with 6, Sinaloa, and Baja California reported 5 each; Hidalgo, Morelos, Tabasco and Coahuila has 3 deaths each.

San Luis Potosi, Baja California Sur, Queretaro and Veracruz have 2 each and Durango, State of Mexico, Michoacán, Oaxaca, Puebla, Quintana Roo, Guerrero, Nayarit and Zacatecas have only reported one death each. 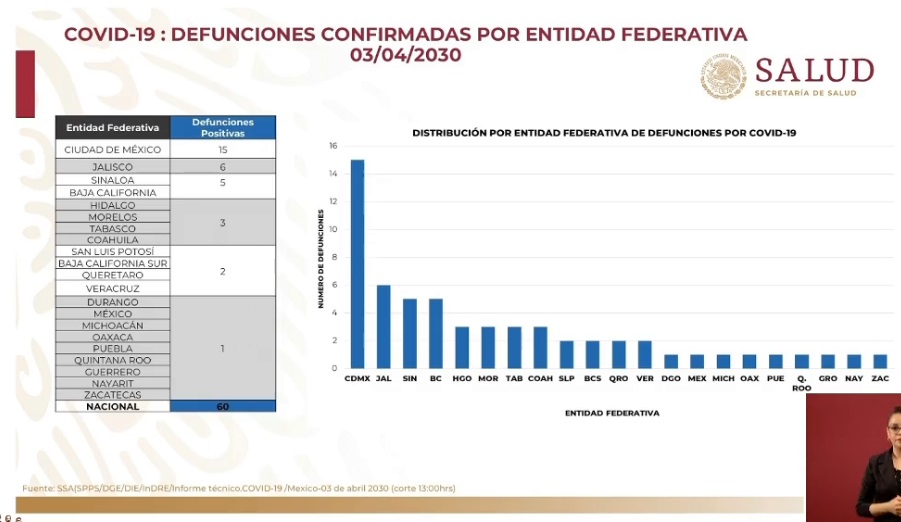 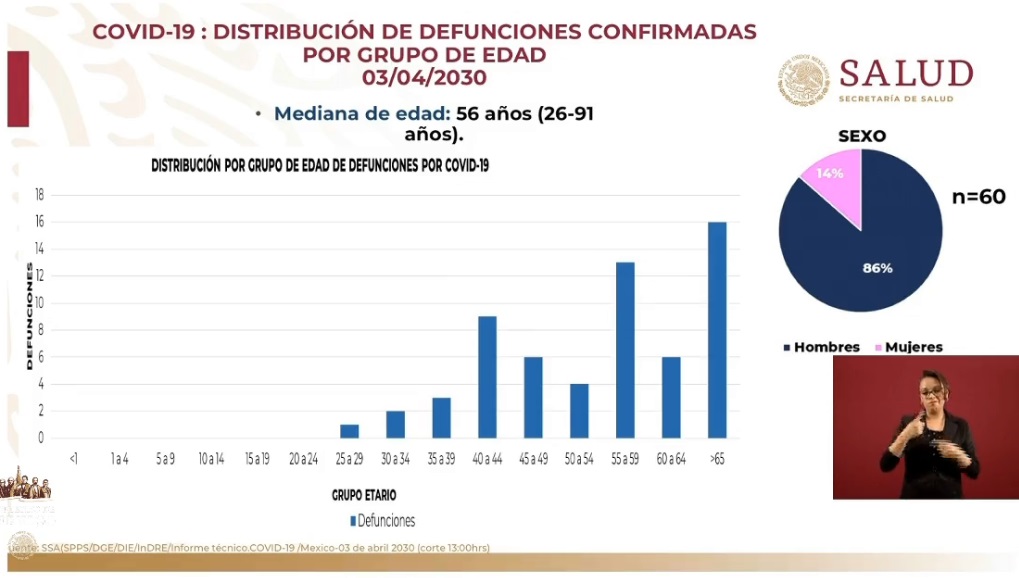 In Zacatecas, the evening of Friday, state Health authorities reported that there is a tenth confirmed case of COVID-19.

This is a man who is isolated in his home and had contact with people who traveled abroad.

Until the moment, in Zacatecas have been obtained 168 negative tests, there are 24 suspected cases and 10 confirmed cases, one already died.

The number of confirmed cases of COVID-19 at the global level is of 972 thousand 303.