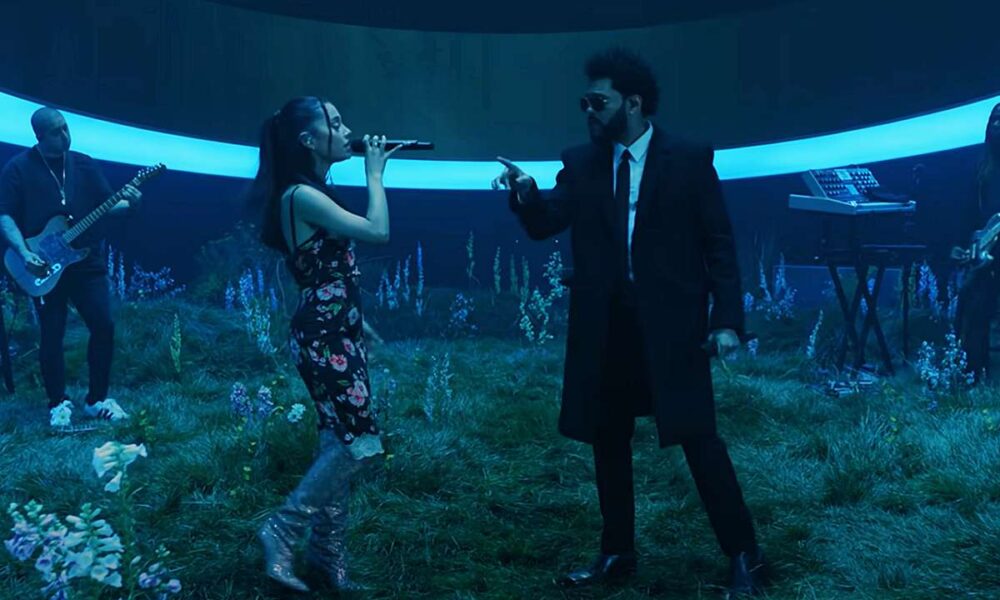 According to Page Six, Jolie and The Weeknd had dinner at the Italian restaurant Giorgio Baldi. The two left separately, to avoid the paparazzi photographing them together. Angelina wore a brown trench coat and a black silk dress, while The Weeknd was dressed casually – a denim jacket, black T-shirt and jeans.

Although it is not impossible that it was a romantic date (both Jolie and The Weeknd are currently alone), it was more likely a business date, based on what a source told the publication above:

“Clearly, he is not trying to hide the meeting. [The Weeknd] focuses on the film industry. He has a new HBO series in which he plays. “

Beyond that, other connections can be found between the two. It was rumored that Brad Pitt, the actress’ ex-husband, would have flirted with Selena Gomez, the former partner of The Weeknd in 2016. This would have created tensions in the Jolie-Pitt couple. In the same year, The Weeknd released the song “Party Monster”, which contains a reference to Angelina: “Angelina, lips like Angelina.”


Moreover, it is possible that the love for Ethiopia was linked to the two – the singer’s parents are originally from Ethiopia, and Angelina adopted her 16-year-old daughter, Zahara Marley, from this country. Regardless of the number of assumptions, fans can only wait and see what relationship could be formed between Angelina Jolie and The Weeknd.

In another train of thoughts, The Weeknd, under his real name Abel Tesfaye, will play and co-produce the new series “The Idol”. The film tells the story of a pop singer who begins a love story with an enigmatic club owner from LA, being at the same time the leader of a sect.

As for Angelina, we can watch her in “Those Who Wish Me Dead”, already released in cinemas, but also in “Eternals”. The latter introduces the actress playing the role of superhero and will be released on November 5.