The actor has another son, Seargeoh (42 years old), from his first marriage with the actress Sasha Czack (71 years old). Sylvester and Sasha were married between 1974 and 1985 and together they had a son, Sage, who passed away in 2012.

Sage suffered from atherosclerosis, a condition in which the arteries become stiff and narrow, preventing the blood from circulating. After breaking up with Sasha, the actor remarried actress Brigitte Nielsen (58), whom he divorced after a two-year marriage in 1987.

Ten years later, Sylvester married his current life partner, Jennifer. There is a 23-year age difference between the actor and Jennifer. The couple’s daughters stayed in the spotlight for a while, until Sistine ventured into the world of modeling, like her mother.

Sophia Rose Stallone she is the first daughter of the couple. The young woman attended the University of Southern California, where she changed her specialization in art history in communication sciences.

The life story of the artist Amy Winehouse. It’s been 10 years since her death

Jean-Claude Van Damme, visiting Romania. The actor was filmed dancing on the manele

Incredible how much it looks like! She is Scarlett Johansson’s impersonator

He has entrepreneurial goals and wants to lay the foundations of his own clothing or cosmetics brand in the future. Sophia showed her interest in fashion by participating as a special guest on the show’s jury Project Runway.

Sistine Rose Stallone he is 23 years old and has followed in his mother’s footsteps. In 2016, he signed a contract with the IMG Models agency. Her first fashion show was Chanel, and in 2017 she appeared on the cover of Elle Russia magazine.

Sistine revealed that she is not passionate about acting. “As for me, I don’t think I would see myself becoming an actress,” she said in the past. “I’m good at modeling because I don’t have to talk. Acting is something you are born with. My mother is a model, and I have dreamed since I was a child to become a model like her “, he added then.

Scarlet Rose Stallone is the little girl. All that is known about her is that she was passionate about sports in general, and that she recently graduated from Campbell Hall Private High School in Los Angeles, California. “Congratulations, Scarlet, on graduating with academic honors! I am super proud of you !! ”, Jennifer Flavin wrote on Instagram on June 15, 2021.

All three sisters are extremely close. “I have never met sisters as close as we are. As we paparazzi perceive us, we really are “, Sistine used to say in the past. 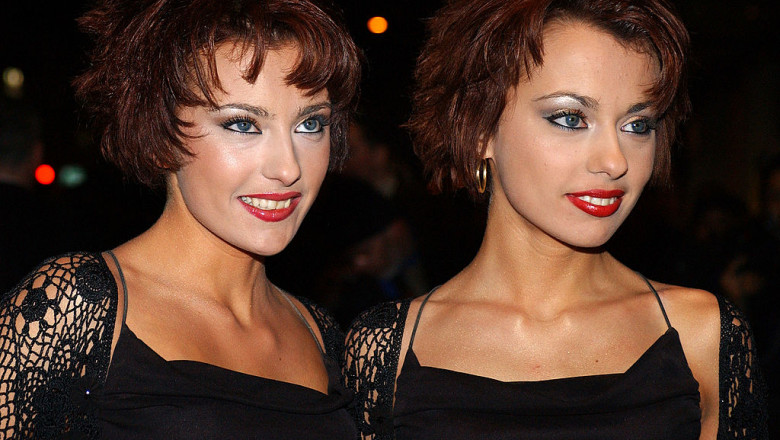 Do you remember Cheeky Girls? Here are the bad ones they had and what they are doing today Avantaje.ro, Vedete | Avantaje.ro

Controversy in the US after sentencing a young man to 110 years in prison. Kim Kardashian, among the millions who beg for mercy VIDEO

in which successful series could “Neo” play