what is mining, what is needed and how much is earned

Home crypto mining is tempting, but the investment is high and the profit will come when the value of Bitcoin is unknown.

The imagination to find new opportunities to generate income is skyrocketing and lately more and more people are encouraged to mine cryptocurrencies at home. However, some questions arise, such as the investment required, payback time and risks.

“Can I mine virtual currencies from home? This is one of the most frequently asked questions in relation to the world of crypto assets, “he tells iProUP Edwin Orrico, partner of PwC Venezuela and leader of Technology, Cybersecurity, Privacy and Forensic Services services.

In this sense, he adds that “The short answer to this question is ‘Yes’, since the process consists of the resolution of algorithms that can be calculated by any computer“, but clarifies that this” does not mean that it is convenient or profitable. “

What is cryptocurrency mining

The specialist Víctor Castillejo points to iProUP that mining “is the process by which transactions are recorded on a blockchain or chain of blocks. This term was chosen as analogy to precious metal mining“.

However, the expert remarks that the activity does not only fulfill an extractivist or creationist purpose. “It also allows other very important things in decentralized networks, such as the registration of transactions and also the possibility of voting on modifications to the network“.

“Therefore, the answer to the questions about ‘how much comes in’ and ‘what can be gained’ it is much more complex than a mere number, “he says.

How cryptocurrencies are mined

There are different ways to “mine” crypto assets, known as “consensus mechanisms”: processes by which the different network participants that record transactions (miners) they agree to consider a given “block” as valid.

How is this agreement reached? “The short answer is: ‘Through a competition’. Basically, it consists of who discovers before answer to a math puzzle. First get it will have the right to be the first to register that block and you will be rewarded with new coins“Castillejo explains.

Depending on the consensus mechanism, the competition changes. The expert remarks that there are two methods:

The Ethereum network, which initially worked by proof of work, you are migrating to a proof of stake.

“The main difference is that the call proof of stake does not need computational ability. This makes be much cheaper in terms of resources necessary to participate as a validator, “says Castillejo.

Mining is an activity that is not always profitable: it depends on the fluctuations of the price

Then,can be mined from home? For Castillejo, “the answer is: ‘It depends’. To know what are the elements that would allow us to determine if it is possible, the first thing to ask yourself is what is the consensus protocol that uses the cryptoasset that we want to mine “.

“If the coin uses ‘proof of stake’, the answer is a definite yes. The only thing that would have to be done is get the given cryptoasset in the amount required by the protocol to act as validator of the transactions, Castillejo completes.

But the expert remarks that if the currency uses proof of work, “the answer will depend, basically, on whether you have a relevant percentage of the capacity of hash to have a high enough probability to get a reward that covers upfront and recurring expenses. ”

What are the costs

The elements that should be taken into consideration to calculate if it is profitable mine a cryptoasset that uses proof of work are the following, according to Castillejo:

“In order to mine crypto assets that use proof of work, it is necessary to foresee enough things to carry out this activity in the most efficient way possible. Today it is difficult to think that a person can mine from home in an efficient and sustainable way over time,” says Castillejo , since the necessary resources are very high.


Just as reference, specialized hardware (called ASIC) required to mine Bitcoin It costs between $ 6,000 and $ 10,000. To this must be added the cost of electricity, since it takes a lot of energy, and the rest of the elements.

Are there cheaper mechanisms?

There are mining protocols that allow the use of GPUs, as video cards for video games are called, which are much more economical and efficient to mine certain currencies, such as Ethereum.

According to Castillejo, “what you earn from a homemade ‘farm’ will depend on many variables: they can be just a few cents or thousands of dollars a month“Castillejo points out.

“This activity, unlike its beginnings, when it was not professionalized, is extremely complex and anyone who has an interest in exercising it, you should take enough time to understand all these variables and many others in order to make sure that it will be profitable for you “, emphasizes the expert. 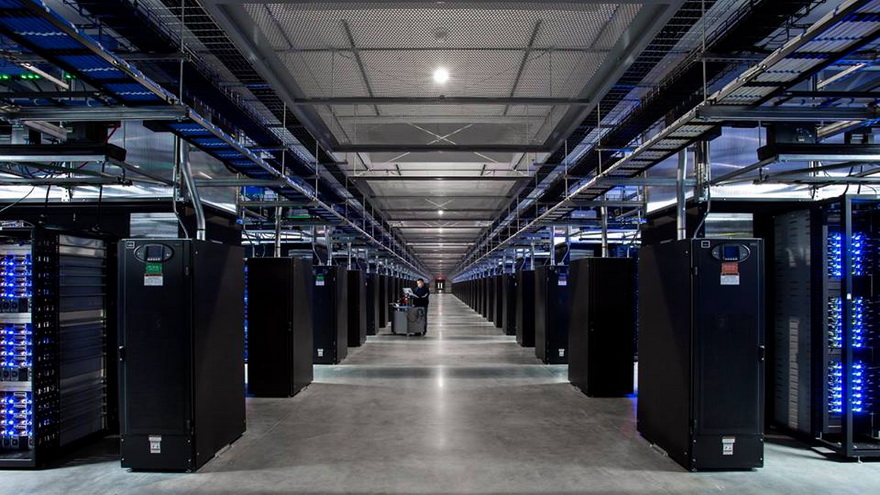 The race to mine is global: you compete with server farms from all over the planet

For this reason, and to benefit from economies of scale, Castillejo states that “there are ‘mining pools‘, companies that take funds from retail investors and they take charge of controlling all these variables in exchange for a commission. ”

“However, it is necessary to consider that some are usually pyramid schemes with the purpose of scam investors“, warns Castillejo, who recommends consulting experts before entering a pool.

Orrico points out that “mining algorithms of the main cryptocurrencies were designed to be ‘inefficient’ and adjust its difficulty to the computing capabilities contributed by miners.

“This ‘inefficiency’ raises the computer’s processor usage and impacts directly in the electricity consumption. We could say that it is the investment that we must make to participate in the process, “he warns. As this requires strong power of hash, qualifies as “unreasonable” to use a cell phone a notebook, because “the capacity and useful life will be affected”.

How to calculate cost benefit

According to Orrico, “the overcrowding of equipment and the creation of large mining farms around the world raised demands, making mining from home less and less profitable. “Therefore, he recommends the following points before you start:

According to Orrico, whoever wants to mine Bitcoin must acquire an ASIC equipment, whose used value costs between u $ s375 and u $ s1,250 and offers an estimated hashrate of 13.5TH / s.

With this simplified example, a net income of $ 42 per month would be generated, without considering other costs such as air conditioning, maintenance, commissions and taxes. And not to mention that the price of Bitcoin is volatile and a decline can translate into losses.

“Mining is becoming more and more a business of commodity, in which volume, market value and proper cost management is very important “, Orrico emphasizes.

For his part, the economist Pablo Rutigliano assures iProUP that “the competition between miners today is fierce“, Thus, “the time to turn the investment curve and start making a profit is 24 months As minimum”.

“This is conjugated with the risk inherent in cryptocurrency trading to make mining activity very risky“He points out.” The promise of sudden profits and simple startup businesses is no longer the same as that seen in the early days of Bitcoin and Ethereum, “Orrico closes.