With a controversial concert by Gilberto Santa Rosa, the Christmas lights in Medellín are inaugurated tonight.

With the ‘Destellitos’, characters that this year symbolize the most important Christmas lighting in Colombia, the Medellín public services company EPM, will turn on its customary lighting this Friday at 6 in the afternoon, with an artistic and cultural event in the Parque de los Pies Descalzos, which has as special guests the salsa singer Gilberto Santa Rosa and the Philharmonic Orchestra of Medellín.

According to the local media Minuto30, for those who do not want to leave their homes, but be part of the ritual of lighting the lights, these will be broadcast live on the Teleantioquia and Telemedellín channels.

After 54 years of work by EPM to conceive, design and elaborate the lighting that every December, which without fail adorn the main spaces of the Antioquia capital, the company gives mothers heads of households the opportunity to carry out these amazing jobs that year after years illuminate the Christmas of Medellin.

If you want to attend the concert of the acclaimed “Knight of Salsa” and the Medellín Philharmonic Orchestra, keep in mind that the tickets for admission are delivered by the EPM Foundation in the Articulated Life Units (UVA), to community leaders through the EPM Customer and Community Education Unit, to clients and users through the Somos Program, to the listeners of the radio program Aló EPM, to the viewers of Telemedellín and to the audience of stations with high tuning in the city so that its distribution covers various segments of the population.

Do not forget that when attending this event you must present the vaccination card.

The capacity allowed for the event is 4 thousand people due to the contingency of COVID-19 and entry will be authorized from 4 in the afternoon. The accesses enabled in Carrera 52 with streets 42 and 43, behind the Parque de los Pies Descalzos, in the vicinity of the EPM Building.

Christmas lighting in Medellín for this 2021.

For this year, the route of light was distributed in six sectors that cover all of Medellín:

2. Stadium Sector: Carrera 70 is decorated with the landscapes of the world of the Destellitos.

3. Downtown Sector: the traditional route has Alumbrados on La Playa avenue, a monumental figure at the intersection of La Playa and Oriental avenues; the Paseo Junín, the Ayacucho Tram route and the Plaza Botero.

4. North Sector: North Park has been turned into a magical Christmas forest.

5. South Sector: Las Palmas avenue has lights between the Intercontinental and Sandiego.

6. Neighborhoods and townships sector of Medellín: in the parks of the townships of Altavista, San Antonio de Prado, San Cristóbal, Santa Elena and San Sebastián de Palmitas and, in the main parks of the neighborhoods of Medellín, you can discover a postcard where the Little Flares invite attendees to discover their world and visit the Alumbrados.

A show at the fountain La vida

At the cybernetic fountain La vida, located on the northwestern side of the EPM Building on Parques del Río, in one of the water mirrors, a colorful show is presented every night that tells the story of the Little Flares recovering light. We are guitar makers and singers :: EL HERALDO

VIDEO: María Becerra very caramelized with a girl after her breakup from Rusherking | DailyShow

Damián Córdoba and his identity as a singer: “Being a cuartetero is a way of life” | Daily Show 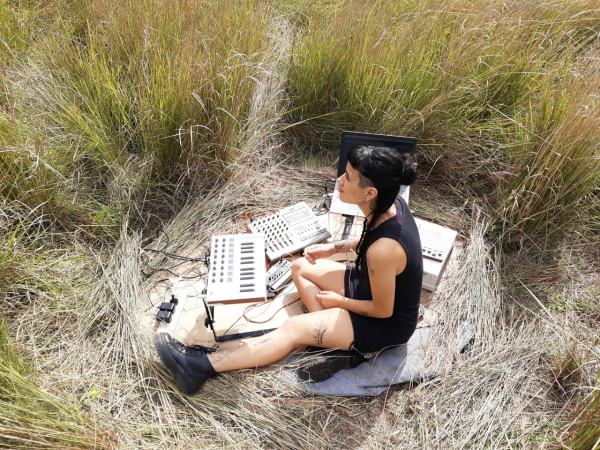