According to the latest data from Coingecko, XRP remained the top-performing cryptocurrency in the top 10 over the past seven days, with substantial gains of more than 60%. The sixth cryptocurrency in the world is trading near USD 1.25 on Monday, with a market capitalization of approximately USD 60 billion. 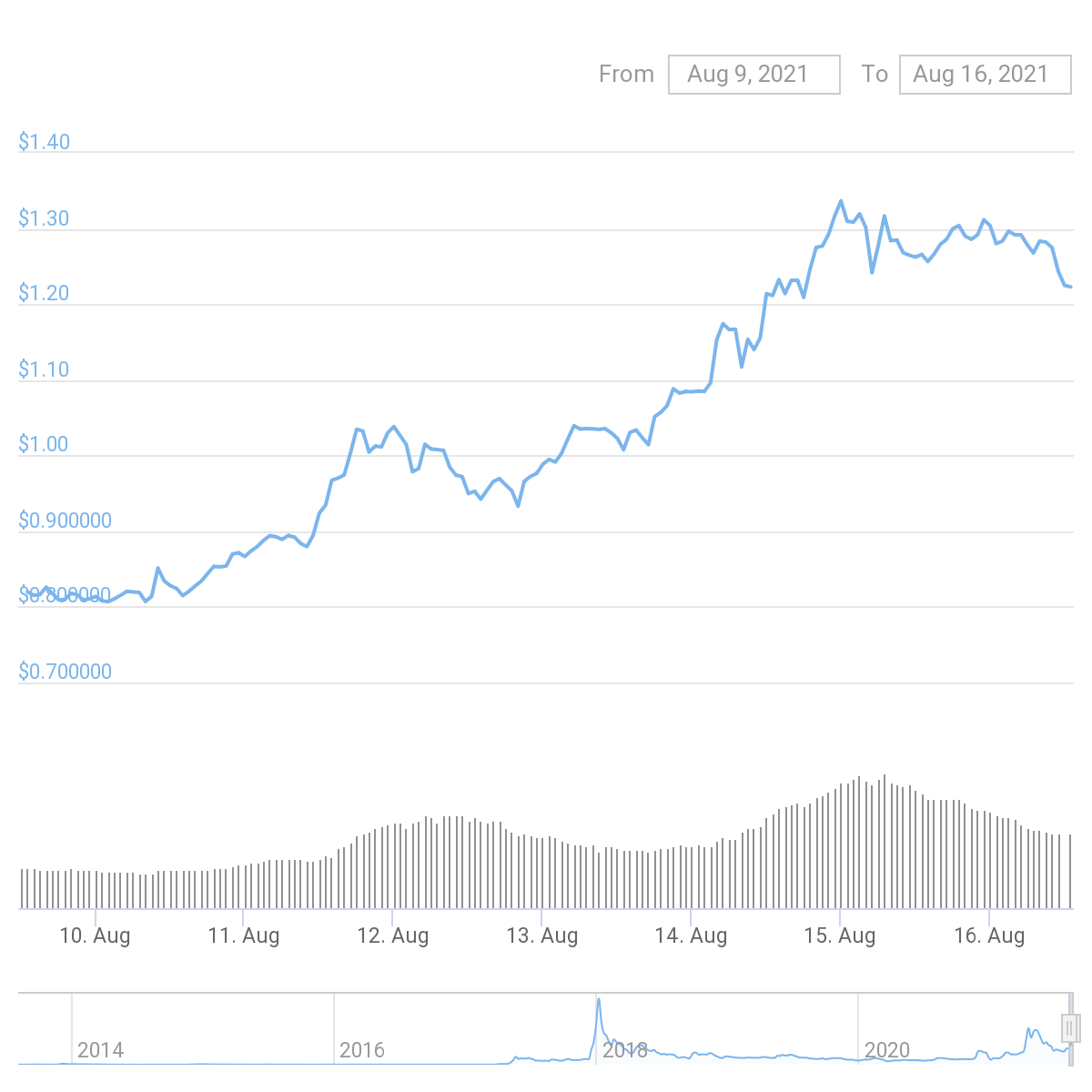 The most recent jump in demand for XRP came after RippleLab, based in San Francisco, will announce several partnerships to increase the use of RippleNet, the company’s global financial network, and XRPL.


Even in the face of this good news, regulatory woes remain a stone in Ripple’s shoe and serve as a brake on the prospect of a lasting rally for the XRP token.

The US Securities and Exchange Commission (SEC) filed a lawsuit against Ripple in December 2020, alleging that the latter participated in this illegal offering of securities by selling XRP tokens in 2013 and later. Ripple has denied the allegations.

On August 16, Ripple will respond to the motion filed by the SEC for access to “terabytes” of Slack communications data. The documents, if presented, could shed light on whether or not Ripple sold XRP to its investors as securities.

Regarding XRP, Percigo argues that Being a centralized cryptocurrency and having faced problems with the SEC, XRP is not a good investment option.